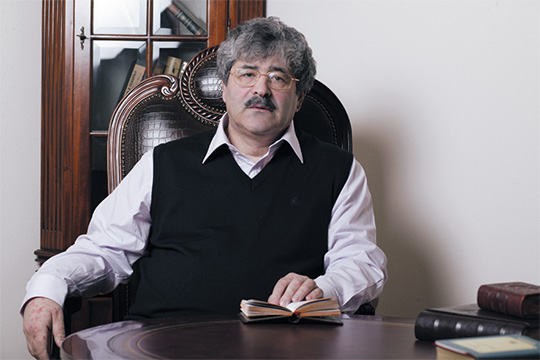 TIME magazine’s choice of the 16-year-old Swedish climate activist Greta Thunberg  as its “Person of the Year 2019” set a precedent for the use of teenage consciousness for political purposes, Armen Oganesyan, Editor-in-Chief of International Affairs magazine said, adding that the decision was sure to have a detrimental effect on the schoolgirl’s life.

Commenting on the decision to award the title to Greta Thunberg, the magazine’s Editor-in-Chief Edward Felsenthal noted that she had become the youngest figure to ever be named TIME’s Person of the Year in the 92-year history of the distinction.

In 2018, Greta Thunberg started an environmental strike by skipping school on Fridays and spending her days camped out in front of the Swedish Parliament. Her initiative inspired a worldwide FridaysForFuture movement.

“As TIME magazine’s editors said, they wanted to see Greta Thunberg as ‘the icon of a generation.’ The people behind the so-called ‘support Greta movement’ are not essentially interested in climate problems and [global] warming. As Greta herself said in Spain, politicians only imitate activities to improve climate. Such imitation of activity is, in fact, an attempt to create such icons," Armen Oganesyan noted. He also mentioned the emotional background accompanying these activities, which he described as “bordering on hysteria.”

According to Armen Oganesyan, it is also about the exploitation of teenagers. "TIME editors have for the first time chosen a teen as their symbolic Person of the Year. By exploiting adolescence, they imitate their concern for problems. Climate issues require serious and in-depth study, not only political but scientific as well. However, instead of contributing [to such a study] this emotional background is actually distracting from serious work, creating such ‘icons’ instead,” Armen Oganesyan noted.

He also said that he felt sorry for the 16-year-old schoolgirl. “Telling a teenager that he or she is a person of the year is spoiling the child, this is something every parent and just anyone familiar with the basic principles of pedagogics and upbringing know full well. Here the human factor and treatment of this child as a person who has his rights, is reduced to zero. This is sheer manipulation," Armen Oganesyan said, adding that the political context also factors in here.

According to the expert, if successful, this PR campaign could create a precedent for the use of teenage consciousness for political ends.

“While simultaneously ignoring the fact that it is children we are talking about,” Armen Oganesyan concluded.