Malaysia in the geopolitical picture of Southeast Asia 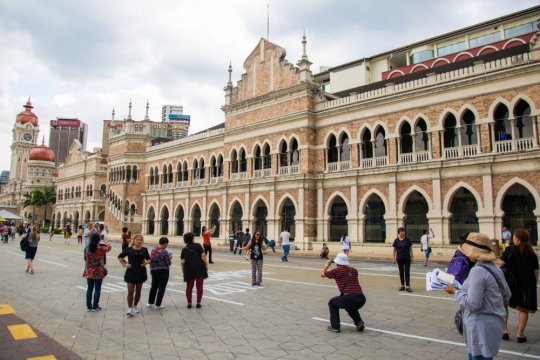 Until recently, the foreign policy pursued by Kuala Lumpur was a relatively restrained one, dictated by the priority of the domestic political agenda, above all the need to politically and economically “cement” the western and eastern parts of the country and the maze of island territories in between, in a bid to stave off the possible rise of secessionist and autonomist sentiment.

Malaysia managed to avoid straining relations with foreign partners thus saving resources for domestic politics. Nowadays, however, Kuala Lumpur is pursuing a more active foreign policy in search for a favorable balance of interests in view of US displeasure with the actions of China and Russia (including Moscow’s military-technical cooperation, and the arms market in Southeast Asia).

To better understand the nuances of Malaysia’s position in the world, one should take into account the regional interests of Singapore and the Philippines. Last year, Singapore and the United States renewed a pact granting US forces access to naval and air bases in the city state until 2035. (1)

Washington and Singapore claim that what they have is a security partnership, not a military alliance. Singapore deliberately calls the base used by the Americans a Singaporean, not an American one. This means that despite Singapore’s strategic importance for the US presence in the South China Sea, the country is still trying to avoid Washington’s strong embrace and have room for a geopolitical maneuver.

However, Singapore sticks to a multi-pronged policy of building up ties,   including with Beijing. As soon as this policy becomes too multi-vector for Washington’s choice, Malaysia will acquire a new key importance for the latter, which is exactly what the US is now preparing for.

Russia is viewed by Malaysia as the third link in its foreign policy strategy (after the US and China). The Southeast Asian countries’ overdependence on US military supplies is undermining their defense capability, since a refusal to kowtow to Washington is fraught with unilateral sanctions, including a suspension of arms deliveries (as has already been the case with Thailand and Indonesia).

Modernization of the armed forces and making the domestic defense industry increasingly self-sufficient, with only minimal reliance on external assistance, are the key points of Malaysia’s national defense policy. (2) What is important, however, is that Moscow and Kuala Lumpur see eye to eye on the future of Southeast Asia, which they view as a territory of peaceful cooperation and the supremacy of international law. Therefore, Russia and Malaysia are expanding their cooperation and are all set to keep it going in the years to come.

From a strategic standpoint, Malaysia needs to control the situation in the seas of Sulu and Sulawesi, given the scale of pirate activity in the region. To do this it needs to have pertinent accords with its Philippine and Indonesian neighbors. However, the Philippines’ claim to the Malaysian state of Sabah is complicating the bilateral dialogue. (3) Looking for outside support, Kuala Lumpur would like to see other countries, including Russia, playing a bigger role in the activities of ASEAN, of which both Malaysia and the Philippines are members. This does not mean a desire to bring a third party into the debate about the status of Sabah. Rather, it is a wish to establish a multi-stakeholder national security structure to strengthen the country’s political and diplomatic hand in dealing with neighbors. Moreover, the fact that the United States, Australia and Indonesia want to participate in patrolling the Sulu and Sulawesi Seas does not seem to clash with Kuala Lumpur’s vision of the format of such a mission.

Malaysia is among the three most developed ASEAN nations, along with Indonesia and Singapore. Russia's trade volume with each of them is in the ballpark of $3 billion. Presently, Kuala Lumpur is Moscow’s important economic and political partner in ASEAN and its regional structures.