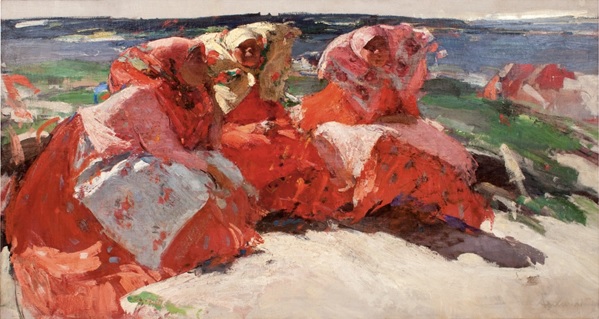 Abram Arkhipov. "Women on the Shore". Oil on canvas.

The exhibition "Masterpieces of Russian Art from American Collections" is currently on display in the halls of the Russian Academy of Arts. The show spanning almost two centuries of Russian art includes approximately 70 works by the greatest masters from Ivan Aivazovsky to Oleg Tselkov. This exhibition had been planned for a long time, but because of the pandemic it had to be postponed like many other cultural events. However, as soon as some normalcy seeped back into Moscow art scene, the organizers, the New-York based ABA Gallery and the Moscow Museum of Modern Art in collaboration with the Russian Academy of Arts, decided to go ahead despite the difficulties.

The landscape school of the second half of the 19-early 20 th century is represented by such great masters as Konstantin Korovin, Ivan Aivazovsky, Alexander Makovsky and Konstantin Gorbatov to name a few. A large-scale painting "Women on the Shore" by Abram Arkhipov from his famous series "Tradeswoman" is at the core of the current show. The exposition also presents a rich selection of works by Russian avant-garde artists: Mikhail Larionov, Natalia Goncharova, David Burliuk, Robert Falk and Alexandra Exter.

The ABA Gallery is one of the most competent foreign organizations engaged in the popularization of Russian art and culture in the West. It has been in operation for more than three decades and organized dozens of exhibitions in Western and Russian museums, including flagship educational projects in the Tretyakov Gallery, the Russian Museum, the Pushkin State Museum of Fine Arts and others. These regular exhibitions fill the gap contributing to the return of works by Russian artists taken out of the country during the first waves of emigration and "stuck" in America after the Soviet exhibitions of the 1920-s. And over the past century there has been many pieces like that. 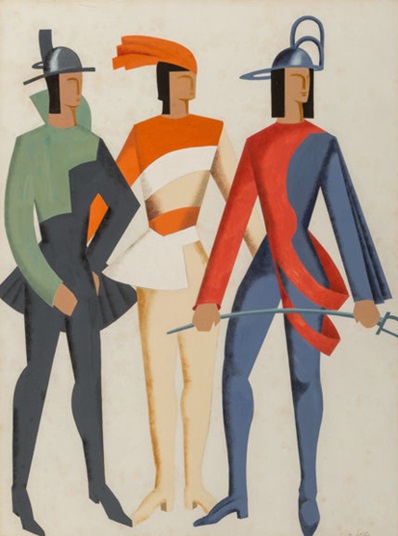 Alexandra Exter. Sketch for the production of "Don Juan"

“We've done our best to select only top quality works - here in Moscow we present mostly rare and important paintings for each of the artists. The emphasis is on those works that have either never been shown in Russia, or were taken out a long time ago. It seems to me that works created by Russian artists in the West will be of interest to the Russian audience, and we wanted to give Russian viewers an opportunity to see them. First of all, I mean the works by such artists as Ivan Puni, Alexander Yakovlev, Lev Bakst, David Burliuk, Boris Grigoriev and Vladimir Baranoff-Rossine”, – says Anatoly Bekkerman, speaking about the ABA Gallery curatorial approach. A separate hall in the exhibition is dedicated to the artists of the Sixties, who emigrated abroad: the audience will see the works by Oleg Tselkov, Oskar Rabin and Edward Bekkerman. 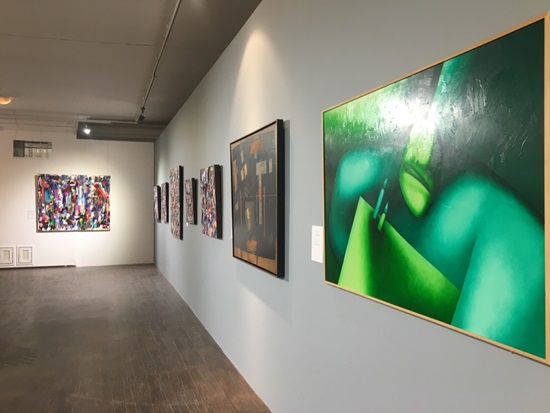 Works by O.Tselkov and E. Bekkerman in the exhibition space

The two countries face more than enough difficulties in bilateral relations, and cultural diplomacy is no exception. The museum exchanges between Russia and the United States were suspended back in 2010 because of the Schneerson library case. Both Russian and American sides recognize the decisions of their country’s courts in this dispute, and as a result, the Russian government has forbidden loans of art and artefacts to the US citing fears that they could be seized. In response, US museums also stopped lending to Russian institutions. Before this impasse, mutual loans between the two countries occurred – even during the Cold War period.

At a time of challenge, private initiatives take on a special role. “Unfortunately, museum exchanges between the two countries are currently in hiatus, so we are trying, at least to some extent, to compensate for these cultural losses through our exhibition activity by promoting and popularizing Russian culture in the West. I'm deeply convinced that this is a temporary situation that has to get better”, said Anatoly Bekkerman in his interview before the opening in Moscow. 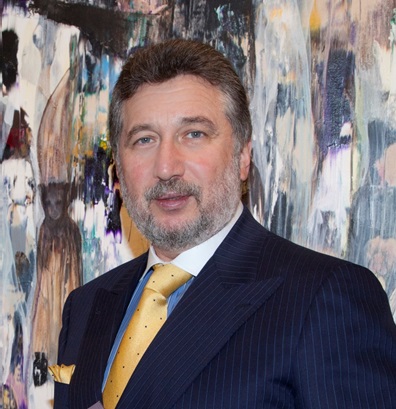 It is quite symbolic that masterpieces from American collections are shown to the Moscow public in parallel with another unique exhibition, "Other Shores. Russian Art in New York. 1924" that had opened earlier this fall at the Museum of Russian Impressionism, another private institution that actively works with the heritage of Russian abroad. Apparently, the benefits of such a rich art calendar go to art lovers, especially considering that much of the exhibited art that can be seen today has been inaccessible for decades. 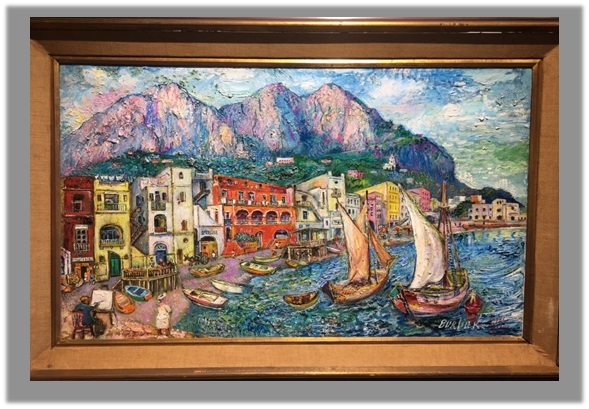 Among the younger generation, the central place of the exposition is occupied by an extensive body of works by David Burliuk from different periods, including much lesser known in Russia Japanese and American - from early Cubo-Futurist compositions to American portraits of the 1920s and an expressive still-life executed in 1948. Particularly noteworthy is the portrait of the poet Vasily Kamensky (1918), which for many years was considered lost. It has been found only recently, thanks to the research work of the gallery's staff. 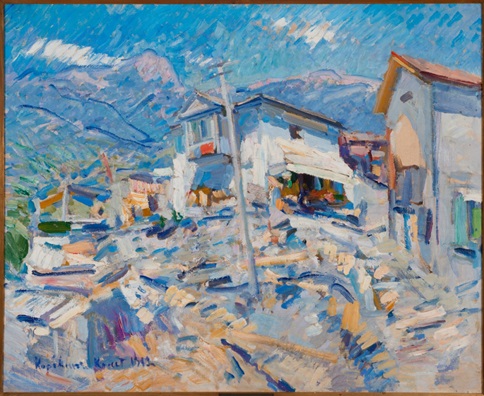 Korovin’s heritage is another important focus of the exhibition. It comes as no surprise, given the fact that Bekkerman’s personal collection once started with the purchase of a painting by this very artist. Although Korovin's work in Russia can be found in a variety of museum collections, the selection of works by this remarkable impressionist will interest many, even the most discerning viewers: the famous views of Parisian boulevards created by the artist in exile as of 1922 and his early masterpiece "Gurzuf" from 1912, the composition dancing with light and shades of blue. “In my opinion, in some artworks Korovin is even more powerful, bold and, so to say, brutal than his more famous French counterparts”, –  says Anatoly Bekkerman. 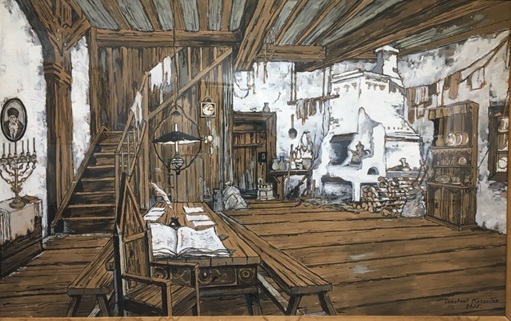 Among Korovin’s rare possessions is an interior design of a house in a Jewish village, which he conceived for the film "Job" in 1935. The artist created this design at the request of Gregory Ratoff, an American director, actor, and producer.

Research, which at times requires almost detective-like investigation, is an important part of the ABA Gallery's everyday operation. Its staff regularly works with the archives of major cultural institutions in the United States and Russia, often seeking help from art historians and experts from the Tretyakov Gallery, the Russian Museum, and the Pushkin State Museum of Fine Arts.  Some of the works that arrived in Moscow have such compelling stories that they could be subjects for a narrative of their own. “I would also like to mention Robert Falk's "Red House". This wonderful piece was accidentally discovered on the back of Falk's 1930s Parisian painting "Porte Saint Martin". We bought the Parisian painting and when we took apart the battered backside, to our great surprise, we found "Red House", a painting from his Russian period dated 1910”, - Bekkerman shares one of his stories. 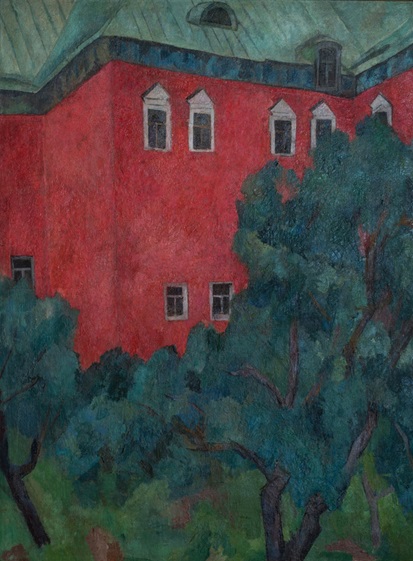 The "Masterpieces of Russian Art", as exhibited in Moscow, is a premiere, but the organizers have had proposals from several Russian and Western museums for further exhibitions. The show will run in the halls of the Museum and Exhibition Complex of the Russian Academy of Arts until December 12, 2021.