Mercenaries from Poland and more than 120 British, French and Americans are located in Lisichansk 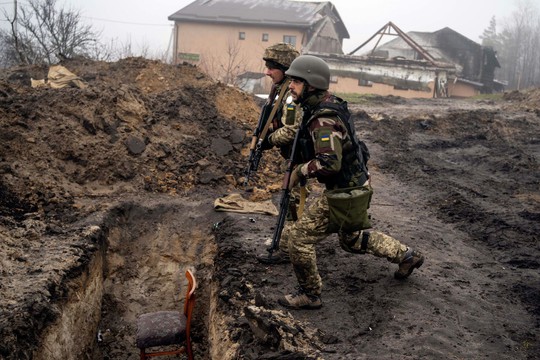 The first group was international and consisted of citizens from various European countries. The second one was formed by mercenaries only from Georgia who were parts of the so-called Georgian Legion that is mostly composed of criminals. The eliminated Georgian mercenaries were involved in the brutal torture and murder of Russian servicemen near Kiev in March this year. Russian Defence Ministry has accurate information about each mercenary involved in torturing and murdering Russian servicemen.

Mercenaries from Poland and more than 120 British, French and Americans are located in Lisichansk, which is being stormed by troops of the Luhansk People's Republic.

This was reported to TASS on June 26 by the Assistant Minister of Internal Affairs of the Lugansk People Republic (LPR) Vitaly Kiselyov."Small groups are trying to escape from Lisichansk to Soledar, Kramatorsk, while mercenaries even further - to the Pavlograd area.

There are some Poles and British - 37 among them, French - 21 and Americans - 64 who are also in Lisichansk," Kisilev added.

Ukrainian command is trying to stop the chaotic escape of Ukrainian servicemen near Lisichansk amid the offensive of Russian army within Donbass.

The Ukrainian troops involved in operation in Lisichansk are no longer controlled. Commander of 115th Independent Mechanised Brigade of the Armed Forces of Ukraine (AFU) who deployed its command post in the rear area has lost control over his units that caused losing 80 percent of manpower and about 70 percent of equipment of 138th Battalion from this brigade during operations.

According to Vitaly Kiselyov, about 12 thousand Ukrainian military are now concentrated in the area of Lisichansk. Artillerymen of the Lugansk People Republic troops are giving nationalists in the city the last chance to surrender. According to the New York Times (“How Russia regained momentum in eastern Ukraine” released on June 22, 2022), “Victory in Sievierodonetsk and Lisichansk would see Russia claim full control of the Lugansk region, one of the two areas that make up the Donbas.”