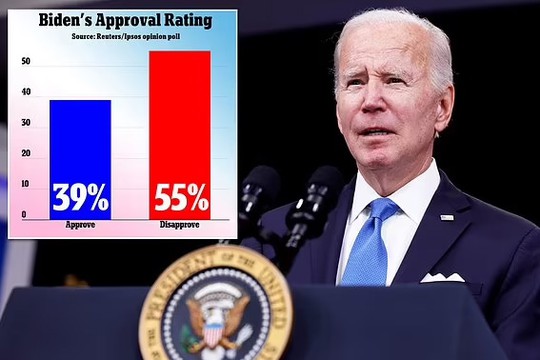 The White House has lowered its earlier optimism about the midterm elections and is now worried that Democrats could lose control of both chambers of Congress, - administration officials say for Reuters.

Recent polls have shown Democrats who once had comfortable leads in some Senate races on a knife's edge, and Senate elections that were considered toss-ups between the two parties now leaning Republican as high inflation persists.

Losing control of one or both houses of Congress will profoundly shape the next two years of Joe Biden's presidency, with Republicans expected to block legislation on family leave, abortion, policing and other Biden priorities while pushing new laws to curb immigration and spending, using the debt ceiling as leverage.

Republicans are also expected to launch investigations into Democratic spending and the business dealings and private life of the president's son Hunter. Some lawmakers say they hope to impeach Biden, his cabinet members or Vice President Kamala Harris.

Former and current advisers say the White House is preparing for any obstruction or probes that could be coming. "The White House is clear-eyed for what Republican control could look like," said Eric Schultz, a Democratic strategist with close ties to the White House. "It's not a mystery where Republicans will go with this if given the gavel."

White House officials and Democratic strategists Reuters spoke to acknowledge the overall shift from midterms optimism, but were not ready to give up.

The White House has failed to leverage a spate of legislative successes on climate, infrastructure and expanded social benefits into higher favorability ratings for Biden, Democratic strategists in battleground states say, writes Reuters.