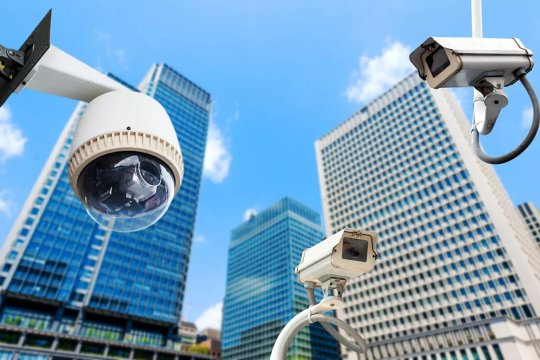 Digital security is an overarching issue related to the development of information technology. More and more new opportunities are popping up here each year, all of which have their upsides and downsides too. Adding to the technical and economic aspects of this issue are all sorts of equally important legal and humanitarian ones, primarily those dealing with technologies for collecting people’s personal data, with tracking systems and the risks inherent in the development of other aspects of information technology. This and many other topics took center stage during an online roundtable discussion organized by the Presidential Council for Civil Society and Human Rights at the TASS press center in Moscow. The Council’s head, Valery Fadeyev, mentioned a number of negative aspects of the active spread and development of digitalization, underscoring the following topics: bullying and defamation in social networks, manipulation of people's opinions through advertising and politics, surveillance and the related problem of personal data protection, cyber fraud and censorship practiced in the digital space by commercial companies. Suffice it to mention Facebook’s recent decision to block the Instagram account of Ramzan Kadyrov in line with US sanctions imposed on the leader of the Chechen Republic.

To minimize these risks, Fadeyev proposed to set up a special commission with a primary focus of human rights.

Picking up where Fadeyev had left off, National Anti-Corruption Committee Chairman Kirill Kabanov mentioned the emergence of criminal groups specializing in online fraud, and new challenges associated with the active use of the Internet by young people.

“What we are discussing right now is how the Internet and artificial intelligence should develop in Russia. I don’t think that anyone believes that Russia will have its own version, like, for example, what they have in China or America. The Internet is developing in the world according to certain laws that need to be registered,” Kabanov noted.

When we talk about the Chinese model, we mean full government control of all Internet resources operating in the country by means of keyword filtering of web pages, and through blacklisting of website addresses (the so-called Great Firewall of China). As for the US model, many Internet resources there are highly dependent on the current political agenda – just recall President Trump’s order to ban the Chinese social network TikTok for allegedly stealing the Americans’ personal data.

Kabanov believes that such issues should be resolved by analyzing specific cases with specialists.

Igor Ashmanov, CEO of Ashmanov & Partners, a company specializing in Internet marketing, raised the issue of preserving the citizens’ digital identity by improving and expanding the legal framework of information security.

“We must have the right to protect a person's digital identity, essentially the right to stop using digital technology as such. Without a smartphone, we literally become stripped of our rights,” Ashmanov said. He also brought up the extremely important ethical aspect of a mass-scale collection of personal data using cutting-edge digital technology done as part of an experiment in Perm schools where commercial companies installed cameras and tracking systems everywhere under the pretext of preventing the so-called “school shooting” - violent and terrorist acts by individual students or groups of students. Ashmanov argued that schoolchildren need personal space and that such measures "violate a whole list of human rights."

Victor Naumov, Managing Partner of the St. Petersburg office of Dentos, also underscored the importance of safeguarding the people’s digital identity. In his report Naumov decried the lack of digital awareness among people. “Unfortunately, our society, not only in Russia, was not ready for the temptations that we faced. People do not realize that when they press the “I agree” button, they allow their fingerprints to be registered somewhere, which may have far-reaching negative consequences."

Vladimir Ovchinsky, a retired general with the Interior Ministry, outlined the time that a request for large-scale measures in the field of information security may take to come along and highlighted the main areas of high technology application directly pertaining to human rights.

“What we are discussing now are the consequences of the Fourth Industrial Revolution proclaimed at the Davos Forum in 2017. The information revolution has been happening for quite some time now, but since 2017, some things have been growing rapidly. Any technology has a triple purpose: the development of society, military purposes, and the criminal segment. In each of these areas we see human rights being infringed upon,” Ovchinsky said, noting the negative impact of the global pandemic on the development of digital crime in all three areas. Crimes associated with telecommunications technologies have particularly spiked with crooks disguised as bank employees extorting money from the people by phone. “The general trend is that the mafia is switching to new technologies and hitting the most vulnerable social groups,” Ovchinsky summed up.

Retired FSB General Alexander Mikhailov focused on criminal gangs of prisoners in Russia engaging in cyber fraud right from the places of their detention.

"Under the circumstances, the idea of ​​creating a digital code makes a lot of sense as it would not only regulate information flows but would also provide punishment for the illegal use of such information,” Mikhailov suggested.

The head of the Cyber ​​Moscow project, Grigory Pashchenkov, also spoke about protection of a person's digital identity - "the rights of a digital person as a person," which is an aspect still generally overlooked today.  Pashchenkov insists on the need to create a digital identity passport, arguing that it would better safeguard people against leaks of their personal data. However, such a measure is extremely hard to implement and, while helping prevent personal data leaks, it is still fraught with many complications, well exemplified by the need to enter passport data when restoring access to a profile on the VKontakte social network.

The participants in the roundtable meeting also discussed measures to increase the people’s digital literacy and set up a working group to protect human rights in the field of information technology. Thus, the question that we have yet to answer is the extent to which our life could be covered by information technologies. Here it is imperative to maintain the right balance and clearly understand the permissible limits to the invasion of science and technology into public space and the private life of an individual.