Monkey business: US to move $3.5 bln in Afghan assets not to Afghan central bank, but… to Swiss-based trust 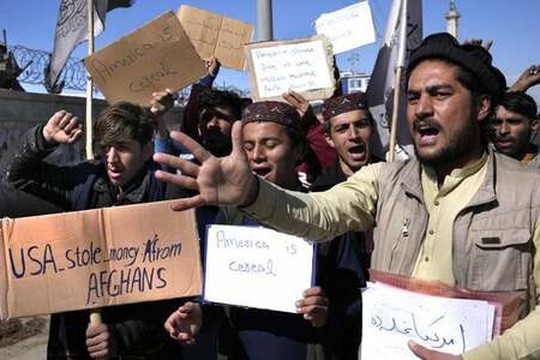 The United States on Wednesday announced that it would transfer $3.5 billion in Afghan central bank assets into a new Swiss-based Trust Fund that will be shielded from the Taliban and used to help stabilize Afghanistan's collapsed economy.

The Afghan Fund, managed by a board of trustees, could pay for critical imports like electricity, cover debt payments to international financial institutions, protecting Afghanistan's eligibility for development aid and fund the printing of new currency.

"The Afghan Fund will protect, preserve and make targeted disbursements of that $3.5 billion to help provide greater stability to the Afghan economy," the U.S. Treasury said in a statement.

But how they can arrange all, if U.S. officials said no money would go to the Afghan central bank, known as DAB, until it is "free of political interference" - diplomatic parlance for replacing the bank's top Taliban officials, two of whom are under U.S. and U.N. sanctions?

Thus the fund will not resolve serious problems driving dire economic and humanitarian crises threatening to worsen as winter approaches. Nearly half of Afghanistan's 40 million people face "acute hunger," according to the United Nations.

The Taliban's biggest fiscal challenge is developing new revenues to compensate for financial aid that provided up to 75% of government spending that the United States and other donors ended after the Taliban forces seized Kabul in August 2021 as the last American troops left, ending two decades of war.

Taliban demanded the return of $7 billion assets held in the United States to the Afghan central bank.