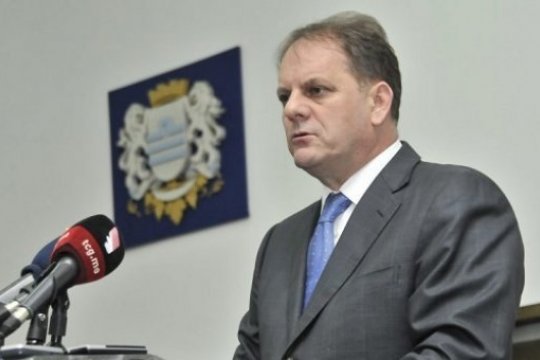 In mid-January, across Montenegro, one video clip caused a real political storm. For the first time it was seen how a businessman close to the government gives 97,000 euros to Slavoljub Stijepovic, former mayor of capital Podgorica and senior official of the rulling Democratic Party of Socialists (DPS), to fund the election campaign(1). It all happened ahead of the parliamentary elections in 2016. Dusko Knezevic, chairman of the Montenegro-based Atlas Group, meanwhile suspected of money laundering and other financial malversations, explained that this was just one in series of multi-million donations to the DPS of President Milo Djukanovic, during which time the DPS has never been out of power. This video clip was the first concreate confirmation of something that has long been an open secret in Montenegro.

Ten days after the release of the video Djukanovic confirmed that Knezevic was a donor, but not in the figures stated by Knezevic. The Prosecution Office needed three days to make a statement after Knezevic's video, which shocked most of the public. Also, it was shocking how the Prosecution Office led the investigation. Thus, after the audio recording as part of the affair Atlas, the former Vice Governor of the Central Bank Velibor Milosevic was arrested expressly, because of the suspicion of being part of a criminal organization, for whose boss is marked Dusko Knezevic. Milosevic was detained for up to 30 days, due to possible influence on witnesses. On the other hand, the video from the beginning of the story was not a sufficient reason to treat Slavoljub Stijepovic in the same way. He was interviewed only 20 days after the appearance of the video, as a citizen. Unlike Velibor Milosevic, who was detained by the prosecutor with handcuffs and in front of television cameras, Stijepovic had the privilege to come to the Prosecutor's office through the premises of the Ministry of Justice and to come out unnoticed.

The Prosecution Office decided to suspect Stijepovic for the criminal offense of Money Laundering by helping, but Prosecution Office in his case, as in the case of Velibor Milosevic, did not see a threat to the influence of witnesses or the need for detention. According to some media reports, Stijepovic took the guilty upon himself, which is why the Prosecution assessed that there was no need for the hearing of Milo Djukanovic, president of Democratric Party of Socialists and Montenegro. Stijepovic also reportedly told the Prosecution Office the names of DPS activists from the Zeta region who received money. More than 20 were heard in the Prosecutor's Office, no detention was ordered.

On the same day when he was charged with a criminal offense, Stijepovic  came to the session of the Presidency of the Democratic Party of Socialists, where “traditional centers of destruction”, media and other circles, were blamed for current affair, aimed at destabilizing the country. Milo Djukanovic, according to a tried-and-tested model, tried to show that behind this affair are centers of power from Russia. So his media machine was trying to show that Dusko Knezevic is in Moscow and that he work at the orders of the Russian intelligence services. However, it soon became clear that Dusko Knezevic is in London. In an interview with Al Jazeera Balkans in London, Dusko Knezevic presented new accusations against Milo Djukanovic (2). Dusko Knezevic stated that he has a lot of videos that shows how he personally gives money to Djukanovic. He keeps these videos for the finals of the affair, when he says, will completely reveal the criminal octopus of Milo Djukanovic.

This criminal affair encouraged people to action. Soon protests were organized. The first protests were held on February 2. The protest was organized by a group of citizens who claimed that they started "civil struggle" against the regime in Montenegro, and that behind them stands no organization (3). With whistles and sirens, the demonstrators scandalized the "Street of Freedom", "Rise Up, People", "We Want Justice", after which they left 97 envelopes in front of the building of the Supreme State Prosecutor's Office, on which they wrote "1,000 Euros" on the one hand, and on the other some of the long-standing unsolved affairs that the Prosecution should solve. On Saturday, February 16th, second large gathering was held in the capital of Montenegro, where the demands to the Protesters Office were presented. From the protest gathering, held under the slogan "97,000 Resist", urgent and irrevocable resignations were sought from the president of the state and the government, Milo Djukanovic and Dusko Markovic, Supreme State Prosecutor (VDT) Ivica Stankovic, Special State Prosecutor (SDT) Milivoje Katnic and Director of the Agency for the Prevention of Corruption (ASK) Sreten Radonjic (4). Since Dusko Knezevic has said that there is a part that is not corrupt in the Democratic Party of Socialists, the protestants decisively denied that. The current events with the new affair of Milo Djukanovic were also used by Albanians from the United States. A truck with the inscription "Meet the Montenegrin president - a man of organized crime in the year 2015" was parked near the White House, the Congress, the State Department, the Montenegrin and the EU Embassy in Washington. On the truck also stood the message "Stop the discrimination of Albanians in Montenegro".(5)

Montenegro, which is, a NATO member since July 2017 and a candidate for EU membership, is often accused of not doing enough to tackle organized crime and corruption. EU has demanded more concrete results in the fight against corruption at a high political level as one of the main conditions for its making progress towards joining the EU. The entire rule of Milo Djukanovic is marked by affairs, but what this sets out is the fact that Dusko Knezevic is an insider, a man who took part in many important tasks. In addition to his testimonies, Dusko Knezevic also presents video recordings as well as documents. What many analysts spoke and warned about long time ago, now is documented. This affair also clearly demonstrated that all institutions in Montenegro are under the control of Milo Djukanovic. Initially, the scandalous silence of the Prosecution Office after the outbreak of the affair, the subsequent refusal to execute detention measures for Stijepovic, but above all the absence of a hearing of Djukanovic despite the unquestionable evidence of his involvement in illegal work, is in favor of the long-held thesis that these institutions are an integral part of the regime. Judicial institutions do not even try to show that they are independent. There is no doubt that the affair initiated by Montenegrin businessman Dusko Knezevic seriously shaken Milo Djukanovic and his party. It is still early to predict how the affair will culminate because all the evidence Knezevic announces has not yet been published. However, this is clear indication that the West has decided to significantly weak Djukanovic. An attempt by the media machine of Mila Djukanovic to connect Dusko Knezevic with Russian intelligence services, is not accepted in the West. Dusko Knezevic clearly shows that he is doing all the attacks on Djukanovic from London, where he currently lives. The fact that some political parties that are close to the Western Embassies support street protests, which was not the case before, speaks enough. One of the reasons why Milo Djukanovic has been ruling for almost three decades is complete obedience to the West. However, Djukanovic did all the tasks that the West needed, the separation of Montenegro from Serbia, the recognition of Kosovo's independence, and finally the violent entry of Montenegro into NATO. Now with his biography, which is full of affairs, he is only a burden to the West. In any case, this affair will either take Djukanovic out of power or send him a clear message that it is time for political retirement.