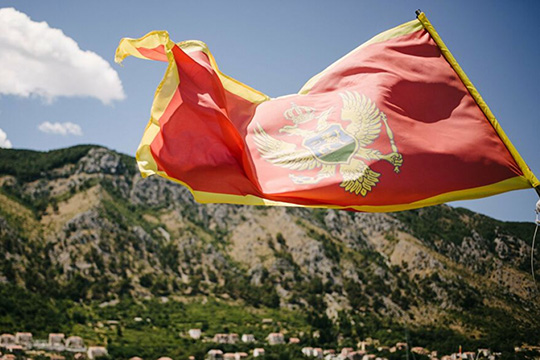 Montenegro is entering a new chapter of its political history. For the first time in the past 30 years the Democratic Party of Socialists, backed by incumbent President Milo Dukanovic, has suffered a defeat in the recent elections. If the winning opposition forces manage to come to agreement on the formation of a ruling coalition, the country’s domestic and foreign policies could undergo dramatic changes. For this to happen it would be necessary to guarantee a consensus among former opposition members and remove from office Montenegro’s all-time leader Milo Dukanovic, who has no intention of ceding power, among other things, for fear of losing his financial well-being and judicial immunity.

The elections, which took place on August 30, saw a fairly high turnout of 76,65%, which came as a result of mass anti-government rallies which swept the country in the past few months and the participants of which demanded resignation of the ruling coalition and radical improvement of relations with Serbia and Russia. And even though the Democratic Party of Socialists has won again, gaining 35,06%, the three opposition alliances that came on its heels mustered support substantial enough to form a parliamentary majority. The coalition “For the Future of Montenegro” got 32,55%, the alliance «The World is Our Nation” - 12,53% and «United Reformist Action», - 5,53%. In total, the opposition earned 50,61% and 41 of 81 seats in parliament. [1]

Although the next presidential elections in Montenegro are scheduled for 2023, the opposition is planning to bring them closer. Milo Dukanovic won a convincing victory in the very first round of the 2018 elections, gaining more than 50% of the votes. However, the alignment of forces has changed considerably since then.

In the course of their election campaign opposition forces accused the incumbent government of corruption, plans to destroy the single cultural and religious space of Montenegro and Serbia, and of pursuing an openly pro-western foreign policy by joining NATO and the anti-Russian sanctions of the European Union. The law “On the Freedom of Religion or Belief and the Legal Status of Religious Communities”, which came into effect at the beginning of 2020, obliged the country’s religious communities to prove their right to own property they possess. First and foremost, the law concerned the Serbian Orthodox Church, which has firm positions in Montenegro. It de facto deprived the Church of its historical ownership of several hundred Orthodox churches and monasteries, including one of the major Serbian Orthodox shrines – the Monastery of Ostrog. Thousands-strong rallies demanding abolition of the anti-Serbian law contributed to the consolidation of opposition forces and, judging by reports, enabled them to garner the support necessary to win in this year’s parliamentary elections.

Another key point of the program put forward by the Montenegrin opposition is the demand that the president and government should refuse anti-Russian sanctions. The leader of the coalition “For the Future of Montenegro” Zdravko Krivokapic says that he deems EU sanctions against Russia a mistake, which inflicted a substantial financial and economic damage on the country. [2]

According to reports, the damage sustained by the Montenegrin economy because of anti-Russian sanctions is estimated at no less than 2 billion euros.

A similar opinion has been voiced by the President of the Democratic People’s Party Milan Knezevic, who said that Montenegro’s future government, to be formed by the winning opposition, will speak in favor of reconsidering sanctions against Russia. Saying that now “comes the era” of good relations between Moscow and Podgoritza, Milan Knezevic underscored that even though membership in the EU remains a foreign policy priority, the new government is interested in fostering relations with the country’s traditional allies – Serbia and Russia.

However, the Montenegrin Constitution empowers Milo Dukanovic to prevent the formation of an anti-presidential coalition in parliament. Before forming a Cabinet, the incumbent president must grant a political mandate to the new parliamentary majority. According to reports, he is considering refraining from such a move citing irregularities during the elections and the fragile majority of the newly formed coalition. So far, the coalition can count on 41 mandates in the 81-seat parliament, which means that the loss of only one deputy mandate automatically deprives it of parliamentary majority. Simultaneously, the president and his entourage plan to use administrative and other measures to win over the undecided deputies, which could block the start of the new parliamentary season and give Milo Dukanovic enough grounds to dissolve parliament and appoint new elections. The opposition coalition is “very fragile”, particularly since Milo Dukanovic remains president, and the opposition has yet to beat him in the presidential elections, - Stevan Gajic, expert of the Belgrade-based Institute of European Research, says.

For this reason, the opposition forces that won in the elections are trying not to focus on political issues. Instead, they accentuate the key points of their social and economic program, relevant for most Montenegrins. ”The changes Montenegro aspires for after 30 years of Milo Dukanovic’s rule are related to economic growth. Given that Montenegro is currently in deep crisis, the new government is expected to steer the country out of this crisis”, - Milan Knezevic points out.

The head of the Council of Federation’s Committee for International Affairs Konstantin Kosachev is cautious about the prospects of Montenegro’s foreign policy change. He believes that changes in relations between Montenegro and Russia should be expected if the new government heeds the voice of the society. In the meantime, he says, it is important to keep a cautious eye on the situation in the country, as everything will depend on the extent of stability of the winning coalition: «For now, I am not inclined to overestimate the importance of what is happening to believe that Montenegro will become a driver of Russian interests in the West. Russia expects qualitative, rather than radical, changes in bilateral relations with Montenegro». [3]

Finally, while estimating further relations between Russia and Montenegro, one should not overestimate the autonomy of the future government and even the new president (in case he is re-elected to replace Milo Dukanovic). Being a member of NATO and set on joining the EU, Podgoritza is de facto deprived of the foreign policy manoeuvre enjoyed by neighboring Serbia. «If the opposition succeeds in forming a majority, relations with the EU are unlikely to change, since all Balkan countries want to become part of the EU. Speaking about relations with Russia and Serbia, I think that the opposition will reconsider these issues in favor of warmer relations with these countries», - Balkan expert Zivan Jovasevic predicts. [4]

According to more than fair remarks by the French Le Point, Montenegro «is trying to play the Russian card against Europeans to attract Russian investments without re-paying a backlog of debts to Moscow», while at the same time, trying to secure membership in the European Union. [5]

Given the situation, Russia should keep a close eye on the twists and turns of the Montenegrin domestic policy and manoeuvrers on the Montenegrin political scene, considering that Milo Dukanovic and his supporters maintain control of the situation and that a change of government in Montenegro is likely to yield economic and investment, rather than political, benefits.