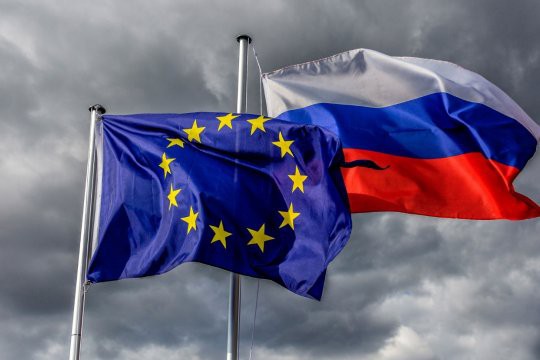 Although there is no consensus on Moscow within the European Union and the EU summit has postponed the revision of a strategic approach to Russia, Brussels formulated its own vision in February of building relations with Moscow: counteraction, containment and cooperation in matters of interest to the EU. What track will Russia-EU relations follow considering the present-day realities? What areas have potential for dialogue? The answers to these questions were provided by experts during an online conference in the press center of Russia Today.

There remain yet fewer opportunities for Moscow and Brussels to return to a normal politics-free cooperation format. Vladislav Belov, Deputy Director of the Institute of Europe of the Russian Academy of Sciences, believes that the first “lowest point” of a political dialogue between Russia and the European Union was passed at the beginning of October last year, when the EU imposed sanctions against 6 Russians following the “poisoning” of Alexei Navalny – Federal Security Service Director Alexander Bortnikov, deputy head of presidential administration Sergei Kirienko, Director of the Presidential Department  prefor Domestic Policy Andrei Yarin, Deputy Defense Ministers Alexei Krivoruchko and Pavel Popov, and presidential representative for the Siberian Federal District Sergei Meniaylo. Included in the sanctions list was also the National Scientific Research Institute of Organic Chemistry and Technology. A week later the EU added new restrictions, this time because of what they described as a Russian cyberattack against the Bundestag in May 2015.

Then, in November-December, V.Belov says, Russia-EU relations witnessed a period of mending fences, but following the return of Navalny from Berlin to Moscow in January 2021,  his subsequent arrest and court sentences, and after the failed, from Brussels’ point of view, visit of the EU High Representative for Foreign Affairs and Security Policy Josep Borrell, there appeared a yet lower bottom – the EU Council for the first time introduced restrictive measures under the General sanctions regime for violations of human rights, established on December 7th, 2020. «At present, there are no grounds to claim with 100% confidence that the dialogue with the EU is completely frozen, communication goes on in certain areas», – the scientist says. There are good prospects for cooperation, V.Belov believes, in transport and logistics, and in energy-related issues. «Everybody understands that a transition to the new energy paradigm by 2050, as envisaged by the European green deal, cannot be effectuated without Russia, so cooperation will continue», – the deputy director of the Institute of Europe of the Russian Academy of Sciences said.

In his turn, Vladimir Olenchenko, senior researcher with the European Economy Sector of the Primakov European Research Center of the Institute of Global Economy and International Relations of the Russian Academy of Sciences, is sure that what prevents the European Union from building good relations with Russia is «its unwillingness to take into account the present-day reality». In the words of the expert, the EU has lost a lion’s share of its recognition in recent years. It was influenced by the migration crisis, the events in Ukraine and Brexit. «Such a dramatic shock ought to have prompted the EU leadership to attempt to find new approaches to new reality. But unfortunately, they didn’t. As we watch the present-day European Union attempt to speak to Russia in a mentor’s tone, in a condescending manner, as it did in the early 2000s, a question arises: what can you teach us, what concrete recommendations can you give us?», – the scientist underscored during the press conference.

In the meantime, the expert expressed hope that the experience the EU has acquired in recent months will eventually transform into something positive. «From the Russian side, I see no resources which could supply the European Union with extra assistance so that it could look at the situation sober-mindedly», – Vladimir Olenchenko concluded.