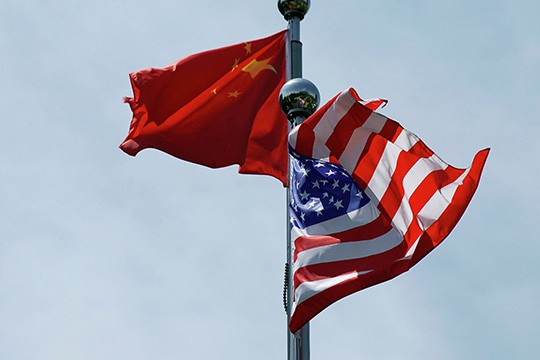 This is how China sees this amid its worsening relations with the European Union and the United States. The new US administration, which credits itself for returning to "multilateral diplomacy," is now trying to mobilize its allies against the alleged "Chinese threat." On March 24, Secretary of State Anthony Blinken discussed with his colleagues from the countries of the Visegrad Group, which includes the Czech Republic, Hungary, Poland and Slovakia, ways of responding to perceived threats from China and Russia. On that very same day, the EU’s top diplomat, Josep Borrell, said that the European Union and the United States had launched a special permanent format of consultations on relations with Beijing. US President Joe Biden confirmed this by announcing at EU leaders’ video conference his intention to “work together on Russia and China.” [1]

Naturally enough, China regards this as an intention by the Biden administration to create an "anti-Chinese front." Interestingly, China’s top diplomatic representatives are now repeating almost word for word the statement made by Russia’s Foreign Minister Sergei Lavrov a year ago about the United States egging on its partners in a bid to pit them against Russia and China. [2]

This is not only undermining mutual trust, but is also fraught with very unpleasant results in economics and politics. The current uptick in tensions  stems from Western criticism of alleged mass-scale human rights violations in China’s Xinjiang Uygur Autonomous Region, and Beijing's pushback against such interference in its internal affairs on trumped-up charges.

On March 22, the European Union, along with the United States, Canada and the United Kingdom, announced sanctions for human rights violations in Xinjiang against 11 individuals and four organizations from various countries, including four Chinese officials and one Chinese organization. On the same day, Beijing retaliated by slapping sanctions on ten individuals and four legal entities of the EU, including five members of the European Parliament, with a previous record of criticizing the People’s Republic.

Adding to the general escalation of tensions, the European Parliament demonstrably canceled a video conference with Chinese representatives, which was to clarify the parameters of an investment agreement between China and the EU. This move has put in question the agreement’s forthcoming ratification by the European Parliament, since late last year, the  parties agreed only the general parameters of the agreement, which are to be clarified within the next two years, while the ratification procedure itself will take almost a year.

The anti-China elements in the European political establishment would very much like to slow down or even reverse these processes, and this is clearly what the newly-established mechanism of consultations between the US and the EU on China is meant to do.

Fully aware of this, the Chinese representatives stated that the Investment Agreement between the PRC and the EU meets the interests of both sides and contributes to the expansion and interconnection of markets and investment processes, which is by no means a "gift" to China from the EU. They added that those who are trying to erect obstacles on the way to the implementation of the Investment Agreement are not parties to the agreement itself, but represent anti-Chinese forces that deliberately undermine mutually rewarding cooperation between the People’s Republic and Europe. [3]

Attempts to work against China's economic interests are laughable: during a recent telephone linkup with British Prime Minister Boris Johnson, US President Joe Biden suggested that the forces of "democratic states" create an alternative to China’s “Belt and Road” initiative. Meaning that the initiative itself is not so bad, but the problem is that it was proposed by "undemocratic" China...

Moscow and Beijing are fully aware of attempts to turn multilateral diplomacy into a zero-sum game. The recent meeting by Russian and Chinese foreign ministers in Guilin demonstrated their shared desire to oppose this - both by their personal effort made within the framework of a comprehensive strategic partnership, and by the concerted efforts of Russian and Chinese diplomacy.

[3] “Investment agreement between China and EU should not be used as a con game,” https://rg.ru/2021/03/26/investicionnoe-soglashenie-mezhdu-knr-i-es-nelzia-ispolzovat-dlia-manipuliacij.html