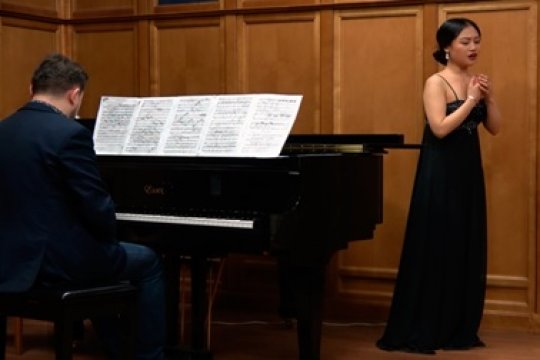 On the 1st and 2nd of February, 2019, the First International World Music Heritage Competition was held in Moscow in the P.I.Yurgenson Music Library, the purpose of which was to give young participants a chance to try their hand and get an independent professional assessment of their skills. The competition brought together 50 performers from France, China, Armenia, Georgia and Russia in three age groups.

By decision of the international jury, the title of Laureate of the First Degree and the winner of the competition was awarded to Huo Xiaocen, the representative of China. According to Huo, she came to Russia in 2014 with a dream to study at the Tchaikovsky Moscow State Conservatory and hopes that this victory will help her find a good job. A jury member, Honored Artist of Russia Alissa Gitsba, the soloist of Moscow theatre Helicon-Opera shared her opinion about the competition and its results:

“In general, the level of participants was average. Of course, participants were not random people: solid professional training, the presence of excellent material, music education. Everything was there. And this applies to all groups. The younger group is incredibly charming, you forgive them a lot, but the children’s group is special. It is very difficult to judge them, I did not want to offend anyone. The middle group participants surprised me by their virtuosity. The older ones, unfortunately, are keen on loud singing and it disfigures their timbre.

But one thing you can say for sure - all participants showed the availability of material with which it is possible and necessary to work.

Against the general background, the singer from China, who received the first prize, and I must say, she was ahead of everyone by a large margin, demonstrated a completely different level, skills and technique. Of course, quite often the opinions of the jury differed, especially among Italians and Russians. The scale of values is still slightly different. The Russians give a lot of bonuses, thinking about the prospects of the performer, and the Italians judge by the fact what is present at this very moment. But the differences were not so fundamental. In the selection of the finalists, the opinions of the jury coincided. I would note that the judging was impartial, very democratic and everyone found mutual understanding.”

The winner of the competition was awarded a prize - the right to perform on the stage of the Chamber Hall of the Moscow International Performing Arts Center together with already well-known masters, some of whom were members of the jury. Therefore,  during the music battle “Italy vs Russia”, it was Huo Xiaocen who performed Juliet's aria from “I Capuleti e i Montecchi” opera by Bellini. After the concert, Huo said that she was very worried, because the hall was full of spectators. The winner was very grateful to the jury members for the opportunity to sing with them on the magnificent opera stage and hopes that she will have a chance to perform with them again in the future. Therefore, she intends to be more seriously engaged in vocal studies.

In the first part of the Italian-Russian music battle, operas by Puccini, Tchaikovsky, Rossini, Mozart, Boito were performed. 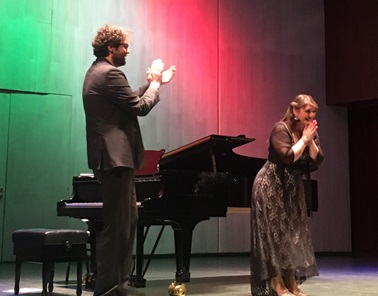 The program of the second part included the famous songs and romances from these two countries. Chiara Tirotta, in Russian, sang a song "Wasn’t I the green grass in the field" composed by P.I. Tchaikovsky. Raffaele Facciola sang the Russian folk song "Oh, you my darling" in Russian. In return Maxim Krylov performed the Neapolitan song “Dicitencello vuje” (“Just say I love her”), composed by Rodolfo Falvo. With cries of “Bravo!” and stormy applause, the Russian audience accompanied the musicians, who at the end of the concert all together performed “Smuglyanka” and “Moscow Nights” familiar to everyone.

The 1st International World Music Heritage Vocal Competition and the “Italy vs Russia” music battle were organized by the Orpheus Club of classical music fans. Its founder and inspirer Maxim Krylov, the singer, musician and composer answered our questions.

How do you manage to get musicians from different countries involved in this collaboration?

Life develops in such a way that you constantly meet new people, musicians. And with some of them you build a wonderful relationship. We try to work with those people with whom we have established personal friendly contact, with whom we have common views, for whom you are always waiting and are glad to see and hear again and again.

How does friendship between people help in creativity? 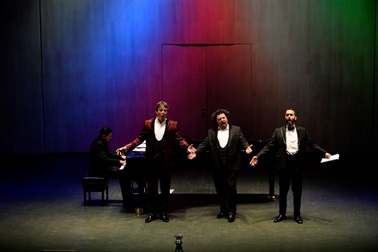 This is not an easy question. Sometimes it’s much easier to work with a person who just does a professional job. Sometimes with friends it is much harder. But friendship is like love, faith, family - these are enduring values and foundations. It was they who always bound people together, and it is for them that they should fight to the end. If you wish, to the last note. And I am absolutely sure that this should always be the case with everyone.

Nothing can interfere with friendship between two countries, between musicians and people! That love and respect, those quivering feelings for Russian music, that our Italian friends feel, are very touching! I am sure that the Russian public feels this very much and reciprocates it.

How was the jury formed?

Naturally, at the vocal competition the jury should consist of professional singers and teachers of the extra-class. And this was the case. The jury consisted of soloists of the best theaters in the world (“Metropolitan Opera”, “La Scala” and others). Moreover, the jury was represented by almost all types of voices: mezzo-soprano, soprano, coloratura soprano, baritone, bass.

Why did you choose the format of the music battle for the concert "Italy vs Russia"?

Why not? After all, musicians and singers always fight for the hearts and love of the listeners. And a certain, undoubtedly friendly, “battle”, or, as it is now fashionable to say, the “challenge battle” of two great singing and musical cultures is quite appropriate. In any case, no one planned fistfights on the banks of the Moscow River, that's for sure!

What are your impressions of the participants of the music battle?

I am convinced everyone is happy and looks forward to the next "fight"!

Who, in your opinion, won? What does victory mean to you when it comes to art? 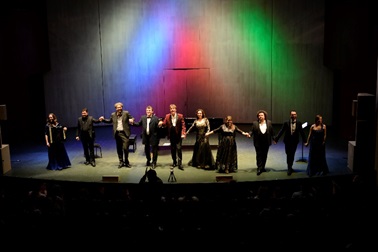 You know, no matter how banal it may sound, it was art that won. Art does amazing things. I was told that after the concert ended on February 2nd, we heard such reviews: “Today, our life was extended for 5 years ...”. Such words are not just evidence of victory, this is happiness for all of us, who was singing, playing, and was involved in organizing it.

Moreover, the fact that this event, including an international vocal competition, organized with great difficulty and passed with great success in Moscow, without involving state budgets and sponsors, lives and gathers full houses, gives people joy, opens new names and voices, is, without a doubt, the victory of real art.

What are your future plans - tours, concerts, maybe new battles?

There are really a lot of plans ahead. In April in Moscow the children festival-contest “World Music Heritage. Young Talents” will start… In August an amazing and absolutely unique project is planned, where singers from Russia, and, if desired, the whole world, within two weeks will be able to learn from the Italian maestros, learn ”bel canto” from the experience of Italian singers in their homeland, perform at various venues, including on the stage of the Italian theater with an orchestra. This is a real bridge between two countries, between two cultures, and we are building it. And in February next year we will do our best so that the public can hear our “battles” again. And, of course, the Second International Competition of Vocalists "World Music Heritage" 2020 will take place.

During the music battle, the singers with their jokes caused laughter in the hall. The audience was delighted. What gives artists humor on stage during the performance of classical works?

Classical works are not only prim, self-satisfied faces of the great artists and too serious faces of listeners. No! This is the whole palette of emotions!

Opera, academic music is great, cool and sometimes very funny. This is for real! This is a real life, and if an aria, or a song about something funny, or some momentary improvisation, or a joke is appropriate, then why not? Classical music is the most modern and most interesting one of all. Trust me!