“Mysl Polska”: How long will the US and other countries bear the brunt of this war? 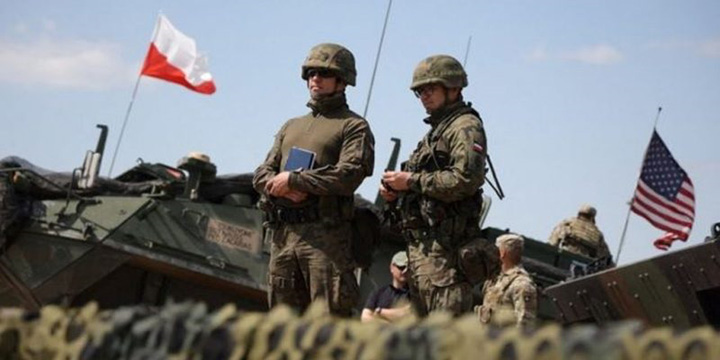 After seven months of war, the economy of the Ukrainian state is in ruin, and this fact can no longer be hidden, - writes “Mysl Polska”.

Even official propagandists must publicly acknowledge that Ukraine's defense is entirely financed and supplied from external sources. This is the greatest historical paradox for which there has been no precedent so far. So far, wars have been fought mainly by our own forces, and outside help has been additional.

Unfortunately, wars are also (or perhaps primarily) big business. So far, wars have been waged only by those countries that could afford it: when the means of warfare were exhausted, hostilities ceased naturally: ‘blood was saved’, figuratively speaking, because you cannot send unarmed soldiers to their deaths.

Now there is a certain analogy with Great Britain during the Second World War: this country could not afford then to continue the fight against Germany already in 1940 after the defeat of France: the role of its sponsor of the war was assumed by the United States, which led to... the liquidation of the superpower position of London, and then to the collapse of the British Empire and the subordination of this state to American politics.

However, the question arises: how long will the US and a number of other countries (including Poland) bear the brunt of this war?

The existing resources of their weapons, which are being transferred to the Ukrainians, are slowly depleted, and the likelihood of transferring the economies of these countries to a military regime is very small – this would require a sharp decrease in the standard of living of a significant part of their population, rationing of trade in many goods, price regulation, and this could lead to public revolt.

The economic consequences of this war that Western societies are experiencing (inflation, high prices, shortages of gas, coal and energy heat) arouse strong opposition. So how long this "united West" will finance this war?

Because the imposed and indisputable goal of this war, i.e. “the liberation of the entire territory of Ukraine”, including Crimea, has become a kind of trap. The “human resources” of the devastated state, weapons depots in supporting countries and the current production capacity of arms suppliers do not guarantee the achievement of this goal not only in the coming months, but even years .

No one wants to try to answer the question, what will happen when these resources of defenders and stores of supporting countries are exhausted? We should not talk or even think about this issue.

No one in the "West" can afford a second such disaster after Afghanistan.

When we reach these limits, we will have to capitulate in fact, and even formally.