“National Review”: We have two American-funded armies, in Afghanistan and Ukraine, destroyed in two years 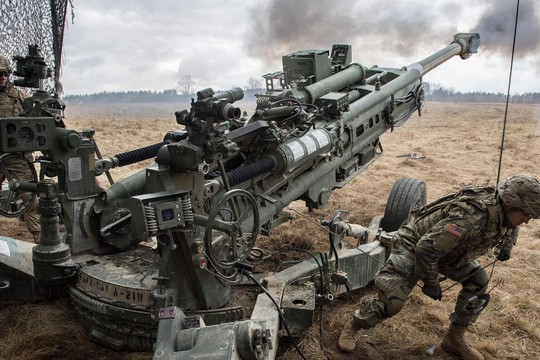 “Are we going to lose a second U.S.-funded army in two years?” asks “National Review” magazine in an article "How to Lose Big in Ukraine?”. “Is it a good thing for NATO to have two American-funded, NATO-supported armies in Afghanistan and Ukraine destroyed in two years?”

There’s less in the news lately about the war in Ukraine because the war has entered a slow phase of brutal attrition, and because senator Lindsey Graham’s slightly macabre wish that he would “feel better” while Ukrainians die and lose a war to Russia seems to be coming true, they say. Only, it’s worse than he thought. It’s precisely by assisting Ukraine as we have — by playing a geopolitical game that we don’t have the will or resources to end in a favorable way — that “we’re all gonna lose.”

When we started sending arms, Ukraine was said to have just 6,000 combat-ready troops. By the time the war started, Robert Zubrin marveled at Ukraine for having the largest armed forces in Europe, 450,000 active-duty servicemen.

And in three months Russia has done in Ukraine what the Pentagon could not do in Afghanistan over two decades: settle on a reasonable set of goals and develop an effective strategy for annihilating its opponents.

Even after Western powers unveiled the mother of all sanctions, Vladimir Putin is giving major public addresses confidently predicting that Russia will get through it, and announcing that the sanctions, like most Western sanctions, were failing to achieve their political objective of humbling Russia, while at the same time they were extracting a significant price for Westerners themselves. And by the way, revenues to the Russian state were surging because of high oil prices.

Meanwhile, according to a report at the Washington Post, the White House and foreign-policy blob has no idea how to extricate itself from this conflict with its honor or credibility intact.

Russia ultimately cares more about this conflict, it is acting vigorously to achieve an acceptable end. Meanwhile, the United States, unable to rally the deep passions of the American people to take significant risks in this conflict, must satisfy itself with hoping that more of the same failed strategy will yield a marginally less humiliating outcome. Our policy-makers in the executive branch are cut off from the people whom the Constitution authorizes to declare war through their elected representatives. Cut off this way, these policy elites have involved American honor, treasure, and credibility in a conflict the American people are unwilling to take charge of themselves and end victoriously.

One risk of making your rivals’ wars more costly is that you just might make their eventual victory even larger. If the Ukrainian army fails to make a crucial strategic retreat, and is broken in the cauldrons of the Donbas, the United States will have made Russia’s victory much costlier, but also much more significant than it otherwise would have been.

Putin will be able to claim he defeated not just the nationalists in Ukraine, but the Western powers that funded and trained their army from 6,000 to nearly half a million men.

After the humiliation in Afghanistan, it would be the second massive U.S.-funded and trained army to be defeated in the space of two years. That is the real risk we are taking. And it’s not one that is going to leave NATO “reinvigorated” in the end. More like panicked and on the run.

By so proudly and loudly raising the stakes, Western policy influencers now face impossible choices that “no one is prepared” to make. Is it a good thing for NATO to have two American-funded, NATO-supported armies destroyed in two years?