NATO Summit in Madrid tells Ukraine to fight on 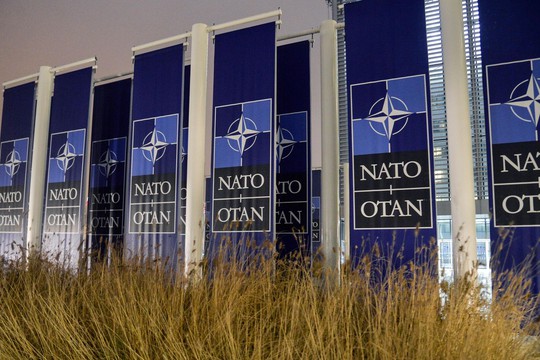 “We make it very clear that this war can only be won on the battlefield and we should continue to support President Zelensky and the Ukrainian population as much as possible to be able to win the war on the battlefield,” Belgian Prime Minister told journalists on the sidelines of the NATO summit in Madrid.

In a new NATO Strategic Concept stamped at the NATO Summit in Madrid at the end of June, the transatlantic alliance neglected the fact that it is Ukraine which actually started three wars of aggression against Donbass in 2014-2022, but not the Russian Federation.

In another document called Madrid Summit Declaration 30 NATO member-states promised to accelerate the delivery of non-lethal defense equipment to Ukrainian regime, improve its cyber defenses and resilience, and support modernizing defense sector in its transition to strengthen long-term interoperability.

In this phrase there is a clear-cut distortion dealt with transfer of “non-lethal defense equipment” to the nationalist regime. In reality, NATO began to deliver lethal offensive arms and ammunition to Kiev long time ago and is delivering them still. The phrase “to strengthen long-term interoperability” usually refers to a member of NATO.

Via a video link addressed to NATO summit on June 28 Ukrainian President Zelensky has urged the US-led NATO bloc to ramp up support of his country amid the ongoing conflict, claiming that Kiev’s defeat would result in a “delayed” war between Moscow and the whole West. The country needs both direct military and financial aid, Zelensky stated, adding that some $5 billion a month was needed to cover its budget deficit.

He has already spent nearly $ 7 billion donated by his patron - the USA -from February, 24 for gaining no victory and losing nearly 150,000 troops on the battlefields.

Despite this fact, German Chancellor Olaf Scholz at the NATO summit in Madrid outlined the North Atlantic Alliance’s position on military assistance for Ukraine. He said that Ukraine should be given so many weapons that it would be able to defend itself. And that means NATO will raise the stakes in the Ukrainian crisis. “The message is: we will continue to do this, we will do it intensively as long as it is necessary so that Ukraine can defend itself”, – the chancellor was quoted as saying.

Continued weapons deliveries from Washington to Kiev only tighten the conflict spiral and heighten the threat of the further aggravation with unpredictable consequences, - Russian Ambassador to the USA Anatoly Antonov said.

"The reckless and unanswered flooding of Ukraine with arms only tightens the conflict spiral and increases the threat of the further escalation with unpredictable consequences," the Russian Embassy’s Telegram channel quoted him as saying. "However, Washington’s ruling circles, blinded by the idea to weaken Russia, are still not capable to rationally assess the whole danger of their moves," - the envoy added.