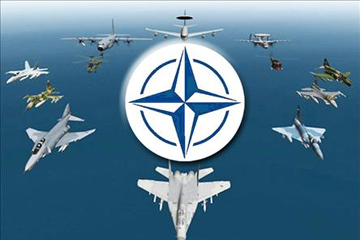 The May 20-21, 2012 NATO summit which convened in Chicago, announced the Alliance's strategic turn to defense on the worldwide scale. The forum further rolled out the smart defense concept which, as NATO Secretary General Anders Rasmussen explained, implies 'a renewed culture of cooperation'1. The alliance, according to its Secretary General, is moving towards a profound transformation, the purpose being to emerge as a pole in the security network spanning most of the world's countries and organizations. “Chicago will not be the end of our efforts, only the start,” said Rasmussen2.

Translated into commonly understood language, the above amounts to NATO's bid for global control. It is worth noting that, unprecedentedly, the summit drew to the City of Winds a total of 28 country leaders and represented a concert of over 50 countries3. The list of guests ranged from UN Secretary General Ban Ki-moon (and that alone gave an idea of the relative positions of the UN and NATO in the global hierarchy!), to Ukrainian president V. Yanukovych, Afghanistan's H. Karzai, and the heads of a dozen of NATO's newly gained partner-countries - Qatar, Jordan, and Morocco - which  assisted NATO in the campaign against late M. Gaddafi. More would have gladly shown up but were not rewarded with invitations.  For example, due to the ferocious objections voiced by Turkey, Israel was left out, as were the rising heavyweights China and India.

Moscow expressed its position with utmost clarity when deputy chief of the Russian foreign ministry S. Ryabkov said the Russian leader's visit to the Chicago summit was unlikely4. The  key problem which currently mars the relations between NATO and Moscow is that the alliance is determined to press ahead with the deployment of missile defense infrastructures in the proximity of the Russian borders and declines Moscow's recurrent requests to guarantee that no erosion of the Russian nuclear deterrent will follow.

Once the chances to organize a top-level NATO-Russia meeting evaporated, the Chicago summit planners took a completely unexpected step and, at least on the verbal level, demonstrated a hitherto unseen drift of the alliance's position on the guarantees to Russia concerning its security vis-a-vis the  upcoming missile defense system. US president B. Obama said in Chicago: “Since this system is neither aimed at nor undermines Russia’s strategic deterrent, I continue to believe that missile defense can be an area of cooperation with Russia.”5. One could infer from his statement that the summit declaration was about to reflect the position. The summit documents, realistically speaking, carry  no promise of guarantees to Russia, while Russia holds strongly that it will not suffice with anything short of a formal and  legally binding agreement.

On the first day of the summit, a plan was aired to build a temporary version of the missile defense with the capability to intercept limited numbers of tactical missiles. The architecture is going to be implemented in four phases and come online by 2020. In fact, the statement issued at the summit marked the completion of the first phase of the ambitious project. SSH Monterey equipped with the Aegis combat system is already patrolling the Mediterranean Sea, and the control over it will shortly be taken over by the NATO command center in Germany6. A deal was penned at the summit to commission five ultramodern reconnaissance drones to be jointly operated by the NATO countries. The acquisition should create the foundations for a completely new system called the Alliance Ground Surveillance, which is central to the entire smart defense plan. The underlying design of smart defense is that the NATO countries will switch to shared use of novel military technologies which they cannot afford individually. New capabilities arising as a result should, in particular, make the NATO force immune to any ground-based means of resistance to NATO strikes.

The key theme on the second day of the summit was the alliance's withdrawal from Afghanistan. Interestingly, aspects of the opening of NATO's Afghan campaign that so far have flown below the radars of most observers are coming into the spotlight. A UN mandate for the deployment of UN-flagged forces in Afghanistan was issued in 2001, but on August 11, 2003 NATO unauthorizedly took charge of the mission and, since the time, has led the international coalition while continuing to cite the UN mandate. The authority grab was given a stamp of approval on October 13, 2003 when the UN Security Council passed Resolution 1510. In this light, it appears that the UN Security Council rather than NATO should have the power to decide on pulling the international forces out of Afghanistan. Needless to say, the point did not come up in Chicago, leaving a distinct impression that the alliance had some respect for the international law when the mission commenced but currently has none. It makes the arrangement particularly curious that several NATO countries are UN Security Council members.

It would be an understatement to say that the NATO top brass was disturbed when Putin turned down the invitation to the summit. The effect measured up to a real shock - the Russian theme largely dominated the summit and trickled down to many of the documents the forum produced.

NATO acknowledged the concern over Russia's threat to respond drastically to the missile shield deployment but optimistically pledged to launch a serious dialog over confidence measures. “NATO missile defence is not directed against Russia and will not undermine Russia’s strategic deterrence capabilities. NATO missile defence is intended to defend against potential threats emanating from outside the Euro-Atlantic area», says  the Summit Declaration7. The attempt to sweeten the pill for Russia actually proved perfunctory even before the summit closed, as Rasmussen boasted in the Wall Street Journal about 'the start of an 'interim capability' for the missile shield': “After the Chicago summit, we will continue to expand the system toward full operational capability”8. Deputy Assistant Secretary of State for Space and Defense Policy Frank Rose put the finishing touches on the picture by saying that purely political guarantees to Russia were the maximum of what could be expected.

Ryabkov spelled out Russia's wishlist lucidly: the guarantees must be legally binding and cannot be limited to a phrase in an otherwise unrelated document to the effect that the infrastructures do not target Russia. Moreover, technical parameters of the system being built must be rendered in writing so as to convince Moscow that it has nothing to worry about9. In the meantime, NATO ruled to prolong the airspace patrolling mission in the Baltic region, and, let us face it, the decision would be hard to explain away with references to the Iranian or North Korean missile threats. In practice, Russia realizes that NATO aircrafts are to swing back and forth along its frontier, while Rasmussen admits that no deadline is set for the mission and praises it as a case of exemplary security cooperation in Europe10. The Baltic republics which routinely complain about the lack of police forces can therefore rely on NATO to contribute to their security in airspace as a kind of a compensation. Seriously speaking, what the mission does exemplify is the essence of the fresh invention known as smart defense.

In advance of the NATO summit in Chicago, The Atlantic Council and Foreign Policy, a journal with a reputation for high connections and in-depth analysis, conducted a survey among 59 US and European politicians and experts from both sides of the Atlantic11. According to the authors of the poll, country leaders, defense ministers, diplomacy chiefs, intelligence operatives, and US congressmen were present among the audience. Respondents uniformly agreed that NATO should continue to exist, most of them saw the collective defense of Europe as its number one objective, and the majority said the alliance must carry on with campaigns outside of Europe and the US. Listing NATO missions depending on their respective success level, those polled compiled an array which included in consecutive order the interventions in Bosnia and in Kosovo in 1999, the enforcement of the no-fly zone in Libya in 2011, the anti-piracy mission in the Gulf of Aden, the 2003-2011 war in Iraq, and the Afghanistan campaign. Eleven respondents would welcome an intervention in Syria, 10 opined that it might make sense, and 36 said they were against it. Over half of the audience predicted that NATO's next major mission would take place in the Middle East, 14 people pointed to North Africa, and 4 referred to Europe. Asked to name a country that could, if necessary, be dropped from NATO, 18 identified Greece, 5 – Hungary, 4 – Turkey, and 3 – Iceland. Albania, Germany, Italy, Cyprus, and Luxembourg scored one negative vote per country. Most survey participants were opposed to excluding any countries from NATO. Sweden topped by a wide margin the list of the countries the respondents would urge to blend into NATO, with Israel (7), Macedonia (6), Australia (5), Ukraine (5), Serbia (3), Montenegro (2), Bosnia and Herzegovina (1), Mexico (1), Norway (1), and Japan (1) trailing. Seven of those polled generally did not favor further NATO expansion. Notably, the majority opinion highlighted by the poll is that, at least in the foreseeable future, NATO has no vacancy for Russia. In the survey cited, 29 respondents subscribed to the view, with 19 deeming the admission of Russia possible but not at the moment, and only 10 – open to the idea of integrating Russia.

Overall, the NATO summit held in Chicago demonstrated that the alliance is serious about switching to the smart defense mode and that the concept enables the alliance to go ever more global. In other words, if some day you see NATO soldiers march through the streets of your city, please be aware that thus they are trying to defend themselves from you. If you have any difficulty grasping the notion, still don't worry – the global media are always ready to bring you up to date...