Netanyahu wants another meeting with Putin 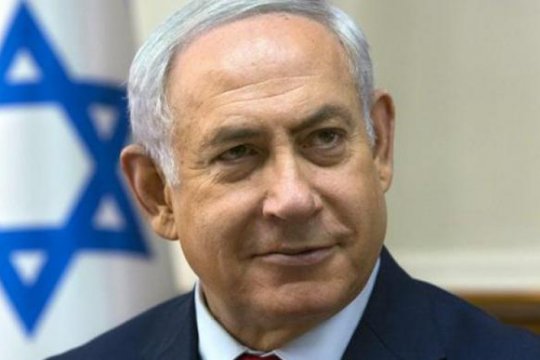 An escalation of the Arab-Israeli confrontation was reported in late August following a terrorist attack that took place in a holiday resort popular among Israelis. A homemade bomb killed one person and left several others injured.

On the night of August 25, the Israeli Air Force carried out air strikes against three countries at the same time: in Iraq, it struck at the positions of the Badr Organization, in Lebanon - at the Hezbollah information center, and in Syria - at the headquarters of an al-Quds unit that is part of the special-task forces of the Islamic Revolutionary Guard Corps. Gaza came under attack as well. “A country that allows its territory to be used for attacks on Israel will face the consequences,”- Benjamin Netanyahu said, demonstrating political inflexibility to the voters ahead of  the second parliamentary elections this year that are scheduled for September 17. [i] In confirmation of  his words, the Prime Minister warned the military to be prepared for any turn of the events.

The countries that suffered in the attacks filed a protest. Lebanese President Michel Asun described the strike as a declaration of war, while Prime Minister Saad Hariri asked the US Secretary of State and the French presidential advisor to "intervene to prevent a military escalation." However, in a telephone conversation with Netanyahu US Secretary of State Mike Pompeo de facto supported Israel's actions which, he said, serve to protect Israel against external threats.

In its statement the Russian Foreign Ministry expressed concern over this yet another instance of the escalation of tension in the region and the possibility of a “large-scale armed conflict” with unpredictable consequences. [ii] UN Secretary General Antonio Guterres has called on Israel and Lebanon to demonstrate restraint.

Iran’s military-political activity in Syria, which is strongly opposed by its adversaries - the USA, Israel, and the monarchies of the Persian Gulf, is turning them into potential allies to counter the so-called “Iranian threat” thereby initiating what recently seemed totally unbelievable - the rapprochement between Jerusalem and Riyadh and Jerusalem and Abu Dhabi.

Israel boasts the status of "a major US ally outside NATO," which is something the incumbent American president, unlike his predecessor, keeps repeating whenever possible. It is necessary to recall that in December 2017, Donald Trump officially recognized Jerusalem (including the eastern part of the city) as the capital of Israel, and in March this year he pronounced the Golan Heights part of the Jewish state. The political proximity of the allies makes many in the Arab world talk about joint military operations of the United States and Israel in the region, in particular against Shiite groups in Iraq. And about cooperation in Kurdistan. According to a number of Iranian and Arab media sources, Israeli instructors, along with American ones, are training Kurdish peshmerga, forming a buffer between Iran and Syria.

As for Syria, it has been in a state of war with Israel since the proclamation of the state of Israel, and this state of war has been on for years, interrupted by an occasional armistice. Diplomatic relations were not established. Considering all this, Israel is not only bombing, as it claims, Iranian military facilities in Syria, but from the very beginning of the civil war, the Israelis, have been supplying fuel, medical equipment, and food to the Syrian population as humanitarian aid.

According to the Russian Ministry of Defense, the Syrian authorities assisted Moscow in securing the repatriation of the remains of an Israeli soldier who went missing in Lebanon 37 years ago. However, the Syrian Information Minister, Imad Sarah, tried to disavow the Russian Ministry’s statement, suggesting that the special operation had been carried out by Mossad and the “terrorist groups.” [iii] This is no wonder: Damascus has to respect the feelings of its Iranian allies.

In general, the configuration of relations in the region is gradually changing. Even though in 2015 Russian troops came close to the Israeli borders, this did not worsen bilateral relations: the next year, after celebrating the 25th anniversary of the establishment of diplomatic relations between the Russian Federation and Israel, Netanyahu told reporters that Russia had turned from an adversary into a friend.

However, this relationship can not be described as absolutely cloudless. In a recent interview with The National Interest, “a high-ranking Israeli Defense Forces officer” said that his country's leadership “has no illusions about Moscow,” [iv] because in Syria Russia is closely cooperating with forces that Israel considers a major threat to its security - that is, Iran and its allies. On the other hand, the Russian-Iranian agreements carry advantages for the Jewish state: Moscow, in a friendly gesture towards Jerusalem, has persuaded Iran to move the units under its control more than a hundred kilometers away from the Golan Heights; it has organized a patrol by the UN peacekeepers of the Syrian territory adjacent to the Golan Heights; and it helped to preserve Jewish shrines and burials in Aleppo.

The Russian-Israeli ties even survived the incident involving a spy plane in the fall of 2018, in which 15 Russian servicemen were killed. The Russian Ministry of Defense rightfully accused the Israeli military command of “criminal negligence” and “ingratitude”.

Despite the complexity of relations with the US and Israel, the need to coordinate their actions “on the ground” led to a meeting of the Russian Security Council Secretary, Nikolai Patrushev, with his American and Israeli counterparts. During talks in Jerusalem this June, the Israeli Prime Minister strongly assured the Russian side that there was no danger for Russian troops in Syria from the Israeli military. And that means a lot.

Simultaneously, the deployment of Russian S-300 air defense systems to Syria, and especially the acquisition by Turkey of even more effective S-400s, has introduced new adjustments to the alignment of forces in the region. Israeli sources of Breaking Defense believe that these missiles will instill “new order” in the Syrian airspace: far from being friendly to Jerusalem, Ankara will now be able to control most of it. [v]

In early September, Netanyahu spoke about the need "to organize a new trilateral meeting of the US, Russia and Israel in Jerusalem with a view to discuss how to get Iran out of Syria." But, as it turned out, the prime minister took a hasty decision. According to Israeli media, the Russian embassy in Tel Aviv said that the Russian Foreign Ministry "does not see any point" in holding a three-party summit, as Russia "expects Israel and the US to fulfill the earlier agreements." For Israel, it means acting on its commitments to establish “full coordination” with the Russian side regarding attacks on Syrian territory.[vi] AlthoughMoscow respects Israel’s right to ensure its security, it considers its preventive strikes (incidentally, prohibited by Article 51 UN Charter) a destabilizing factor not only in Syria, but throughout the region.

Netanyahu got the message without showing any alarm: he was quick to announce an early meeting with Vladimir Putin, the 13th since the start of the Russian military operation in Syria and the third this year.

Apparently, the election PR campaign will not be the key purpose of his visit to Russia (the Russian president enjoys support among a significant section of Israeli voters). The two parties will also discuss better coordination of actions in the Syrian campaign, and will touch upon issues involving Iran and Turkey. Also, everyone understands that the Russian Air Forces contingent deployed in Syria cannot, under any circumstances, come under Israeli air strikes — this is the “red line” for Russian-Israeli relations. The consequences of such a hypothetical incident are fairly predictable. In addition, there is a possibility that the Israeli leader will again try to offer himself as an intermediary in Russian-American relations. But this is secondary in relation to the regional problems.