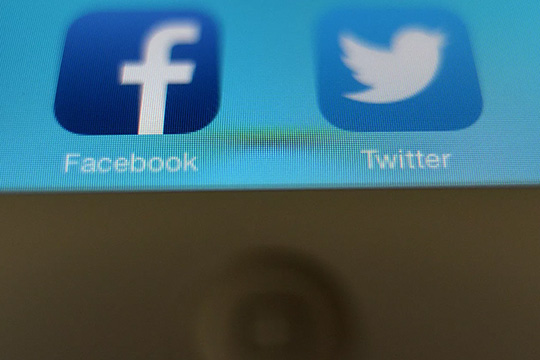 Amid the global coronavirus pandemic, social media, above all Facebook, YouTube and Twitter, have de facto assumed the role of “arbiters of truth,” at least when it comes to medicine. Small wonder, since this role offers considerable potential, both commercial, which is already being played out now, often covertly, and political, whose versatile forms have yet to be revealed and studied.

Control over information has always been a key element of state power everywhere. Equally undeniable is the impact that "technological inequality" has on state sovereignty, international relations and the economy. Historically, control over cutting-edge technologies always allowed large political actors, usually states, to dominate their societies, as well as expand their sway abroad, and ensure "undeniable military superiority" and the ability to "dictate their will to less developed countries."

From time immemorial, transnational corporations of every hue have competed with state institutions in formulating the political agenda. By the second half of the 2010s, information technology giants had moved to the forefront, and their political role was already speaking for itself as social media and fake news influence election results “from Minnesota to Myanmar.”

“These days, all you need to do to exchange ideas and views - even extremist and outlawed, is just to touch the screen of your computer or click the mouse button.” The technological revolution called into question the political establishment’s monopoly on the formation of both the views of individual social groups and the mass consciousness as a whole. This “weapon” is now available in an equal measure also to opposition forces, including structures that are unable to operate inside a country. [i]

Politicians worldwide had finally realized the importance of the long-term, strategic aspects of the development of high-tech industries from the standpoint of the future of countries and entire regions shortly before the COVID-19 crisis struck. Digital technologies are becoming the nervous system of modern society, forcing people to "change their habits, behavior, lifestyle," thus turning into an integral element of the political life, both at home and of the country’s policy abroad.

The significant role played by the new social media was particularly evident in the rapid rise to media prominence of the ISIS group (banned in Russia), of Brexit and Donald Trump’s election in 2016, which came as a surprise to many observers. Social media’s role went clearly beyond what most representatives of traditional political classes were ready to accept. Not surprisingly, the idea of “nationalizing” critical technologies is gaining popularity in all leading countries.

During the initial stage of their development, social media almost defiantly shunned the role of “arbiters of truth.” This did not prevent them from interpreting, sometimes in a completely “unconventional” way, many phenomena of political, religious and social radicalism. However, since their content, the main driver of their growth, was created by their users themselves, they had to abide by the terms of US jurisdiction and mention the place of registration of the head offices of the vast majority of their parent companies. The Communications Decency Act of 1996 (CDA), which added Section 230 to the Communications Act of 1934, generally protects social platforms from collective lawsuits filed by third parties only if they act as a “neutral” platform or service provider.

By early-2010s, the leading social media outlets, which had initially stayed away from political lobbying, had realized its value in protecting their own commercial interests.

“In 2012, the White House helped Silicon Valley kill the anti-piracy bill” (Stop Online Piracy Act - SOPA), promoted by leading Hollywood companies. IT giants have also drummed up support for “millions of network users,” whose pressure Washington politicians were quick to feel. [ii] During the 2016 US presidential campaign, media platforms played a significant role in promoting both major candidates. Even though Hillary Clinton was their clear favorite, Trump’s victory (as well as the previous campaign in support of Brexit) was largely attributed to the lack of “proper” regulation of the political content coming through social media channels.

Since the advent of the global pandemic, the major multinational media platforms have been systematically trying to check the spread of false information, fake news, panic rumors, etc. As a result, this “thorough” and “aggressive” fight against “content harmful to society” started getting traction with commentators representing the traditional establishment, who believe that this tactic should be applied also to other areas of the information environment during the post-viral period. [iii]

It looks like some Internet platforms are getting more and more attentive to the opinion of the ruling class in the West and are acting in unison with the interests of this class. Twitter has just appended a link to two of President Trump’s tweets, which he had posted about mail-in ballots, claiming that they would cause the November presidential election to be “rigged. The links urged people to “get the facts” about voting by mail. [iv]

Trump responded by signing an executive order on the regulation of social networks. Critics of the politicization of social media believe that despite their being “technically universal tools,” the activity of the global networks should not lead to “uniform social and political effects of interactions they participate in.” [v]

Meanwhile, IT giants are also playing an increasingly significant geo-economic role. According to one scenario, the Chinese yuan may not be the US dollar’s most likely rival as a world reserve currency “in the next 20 to 30 years.” Rather, this role may be played by “relatively stable quasi-monetary units, supported by major global corporations,” such as Amazon, which is worth about $1 trillion, or Facebook, with an audience of “half of the world's population over the age of 15.” [vi] US experts even link China’s efforts last year to fast-track the creation a national digital currency (“digital yuan”) with the publication of the idea of a private global monetary system, known as Libra, under the auspices of Facebook [vii].

Another area creating the prerequisites for enhancing the political influence of digital platforms is the collection and analysis of "Big Data." In contrast to statistics that operate on the basis of pre-formulated hypotheses and models, data is generated “naturally” as a result of any action (and even inaction) of the user. With the introduction of 5G communication technologies, most aspects of life will be covered by the “Internet of Things.” Microchips installed in almost all industrial and consumer products, and transmitting all kinds of information, are able to receive control commands from the outside. People are getting increasingly worried about the prospect of the world moving in the direction of "snooping" ("surveillance capitalism.")

Processed by data centers, large arrays of widely varied data make it possible not only to identify behavioral patterns of huge masses of people, but also to predict, with great accuracy, the emergence of certain trends, including public moods and preferences. Moreover, unlike the collection of statistical information, big data is collected without people’s knowledge, and the methods of analyzing them are generally kept under wraps, as they are considered by collector platforms as commercial know-how. However, when it comes to determining the political moods of huge masses of people in almost real time, one may inevitably be tempted to manipulate the mass consciousness at a qualitatively new level.

Politically, the technological and social media giants’ rise to power may culminate in what is called “netocracy,” – a form of political management of society, where the main value is information, not tangible things such as money, real estate, etc.," and the main instrument of power is "full access to reliable information and manipulation with it." According to critics, in a society where the ruling elite are mainly represented by “netocrats,” there will be “no state, no laws, no ethics” [viii].

In general, the impact of the global corona-crisis has revealed a two-pronged political trend. On the one hand, what is anticipated is a speedy transformation of economic and business processes towards network distribution, as well as an increasing number of people moved to performing distance jobs. This trend, among other things, is turning IT giants into an increasingly significant force in the labor market. Generally speaking, we are talking about a qualitative increase in the potential impact of social media and the Internet giants that control them on all aspects of everyday life, including the people’s political and ideological views and preferences.

Simultaneously, we see the renaissance of national states. The pandemic has proved sovereign states to be way more efficient, both in terms of legitimacy and in terms of resources that can be scrambled to combat a challenge of catastrophic proportions [ix]. “Massive demand for protection" makes dirigisme fashionable again.

“Frightened societies will stop questioning the merits and democratic nature of these measures ...” Western experts say. Digital supervision and control of citizens is becoming widespread, becoming a kind of “a standard”, “less and less questioned,” and increasingly perceived as “necessary” and “useful” [x].

States are able to directly tighten their control of the new media. What we are talking about is the creation of some cross-country network associations, whose audiences can only be accessed by companies that meet certain political and ideological criteria. In the extreme case, the very audience of these international services is limited only to citizens of countries that are members of a closed community. This is a kind of geopolitical “fragmentation of the Internet”, or at least of its media space. Since the mid-2010s, the United States has been going back to the aggressive use of sanctions designed to check the technological progress of rival powers. Even in Europe, more and more people now see Washington’s new line as an attempt to change the balance of economic power in the world.

Thus, emerging right before our eyes is a kind of a communicative digital “ocean” that the life of the vast majority of people and economic entities will plunge into in the coming decades. Industry, global supply chains, military affairs, agriculture, transport, medicine, methods of managing the national infrastructure, and the overall quality of life of billions of people are set to go through dramatic changes.

Any country or a group of countries, which have set themselves the task of closing their technological lag in a matter of just a few years, knows just how difficult and expensive, if possible at all, this can be. And if the main political battles are now being fought over technological issues, then in the future the politicians will be focusing on how to fill the technologies-formed media environment with a new “content.”