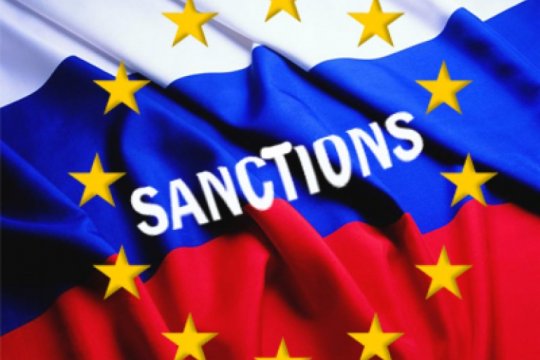 The US plans to tighten sanctions against Russia, scheduled for November, is causing growing concern from the international business community, in the first place, from Europeans and those economic areas in which key players demonstrate maximum interdependence, including in the energy sector.

Among those who lashed out at the US intention to impose restrictions on Russian companies Rosneft, Gazprom and LUKOIL similarly to sanctions slapped on US Rusal in April this year, is the head of British Petroleum Bob Dudley. BP owns 19.75% of Rosneft shares and is Rosneft’s major private shareholder. [1]

According to Bob Dudley, in the event of such a tightening of US sanctions, the European energy system will crumble. “I do not think this will happen. If you impose sanctions like Rusal on Rosneft, Gazprom or LUKOIL, you will cut off European energy systems, which is a little bit too much”, he said as he spoke at an Oil & Money 2018 Conference in London.

Bob Dudley is fully aware of the contemporary realities and the potential of Russian companies, particularly since BP and Rosneft have been developing a variety of joint projects. In 2015 BP acquired 20% in the Srednebotuobinsky field in Eastern Siberia and has been prospecting for oil within the framework of a joint venture with Rosneft – “Ermak Neftegaz”. [3]

Reports say the share in the Russian company accounts for a third of the total production of British Petroleum. “In general, we consider Rosneft a fairly good partner,” Bob Dudley said in an interview with The Bloomberg, an American business news agency.

At present, the US Congress is considering two packages of anti-Russian sanctions. In the case of "spotting Russia's attempts to influence the course of elections in the United States", the White House is to block the resources of major Russian banks, including Sberbank, VTB and Vnesheconombank, and energy companies. Among the latter are  "Gazprom", "Rosneft" and "LUKOIL".

The forecast by the BP chief that the European energy sector will face severe crisis should the US Congress launch new sanctions echoes the moods that are gaining strength in Europe. A statement to this effect came from the Eastern Committee of the German Economy (Ost-Ausschuss der Deutschen Wirtschaft e. V.) which represents the interests of about 350 German companies and associations operating in Russia and other former Soviet republics, as well as countries of South Eastern Europe. The Committee’s Managing Director Michael Harms said that business in the European Union should not suffer because of cooperation with Russia. According to reports released in Germany, Western sanctions and Russian counter-sanctions have “negatively affected” more than 70% of German companies since March 2018. A study conducted by the above organization reveals that 94% of these companies would prefer the existing sanction regime against Russia eased. The East Committee of the German economy has expressed “tremendous concern” over the possibility of the US imposing new sanctions against Russia and against European companies running  joint projects with Moscow, including those involved in the construction of the Nord Stream 2 gas pipeline.

“We believe that any attempts to see implementation of sanctions in an extraterritorial format are unacceptable and at odds with international law,” Michael Harms said. He deems as inadmissible the imposition of sanctions on European business for cooperating with Russia. [4]

This position is shared by top management of the French energy giant Total, which has been pursuing a number of joint projects with Russia which are vital for ensuring Europe’s energy security, including in the production of liquefied natural gas (LNG). In an interview with the French edition of Capital, Total CEO Patrick Pouyanne questioned the very effectiveness of anti-Russian sanctions - in other words, he doubted the key factor that caused their coming into effect: “I believe that the sanctions are ineffective. What they lead to is the fact that leaders consolidate forces around themselves without changing their policies.” [5]

“Business communities in most European countries - the Czech Republic, France, Germany, Spain - believe that sanctions should be lifted at an early date. Some experts think that this should happen gradually but business thinks differently,” - says Ernest Ferlenghi, president of Confindustria Russia, an association of Italian business in Russia, who is a staunch opponent to sanctions. “Every lost day provides an opportunity for our competitors, especially in Asia. They have vast opportunities, particularly the Chinese, for investing money in various projects. They become more competitive due to a strong financial resource,” - emphasizes the Italian businessman. [6]

Significantly, the most critical position on the further tightening of sanction against Russia has come from countries and companies which guarantee stability on the European energy market, in particular, those representing Germany and Austria. The Vienna-based newspaper Der Standard cites in this connection the successful activities of the Austrian energy concern OMV: “OMV relies on Russia, its CEO Seele maintains good relations with Russia. The head of the state-subsidized concern has managed to secure what he had already succeeded in achieving as head of BASF subsidiary Wintershall - participation in the development of a large gas field in Siberia, Urengoisky.” “As for the second major project - the construction of the Nord Stream 2 pipeline from Germany to Russia through the Baltic Sea – Seele enjoys political support”, - the newspaper says.  [7]

By introducing sanctions against top Russian energy companies that closely cooperate with European business the Donald Trump administration is in fact trying to make use of national legislation to secure the US financial and economic interests in Europe. According to reports, one of the reasons for tightening sanctions is the currently observed positive trends in the implementation of Russian projects in areas where the US is particularly vulnerable  - the export of pipeline gas and the production of LNG.

As for Russian gas supplies to Europe - which Washington sees as a direct competition considering its own liquefied natural gas supplies - this year PJSC Gazprom has the potential, for the first time after 2011, to reach a production level of over 500 billion cubic meters of gas annually. At the same time, annual exports to foreign countries can hit a record high of over 200 billion cubic meters. [8]

Meanwhile, Russia’s PJSC NOVATEK, which mainly deals with LNG production, has announced the discovery of a gas condensate field with reserves of at least 320 billion cubic meters in the Arctic, on the North Obsk license area in the waters of the Gulf of Ob. This field can become a resource base for NOVATEK’s third LNG producing facility, the Arctic LNG-3. “The discovery of a new field is an important starting point for one of our future Arctic LNG projects. The North-Ob field is unique in terms of its reserves, boasts an advantageous geographical location, and has a huge resource base. On top of that, the experience we have gained suggests that we have every potential for the successful implementation of the new LNG project,” - said Leonid Mikhelson, Chairman of the Board of PJSC NOVATEK. [9]

By 2030 the company expects to bring LNG production to 57 million tons per year, and provided extra resources have been tapped - up to 70 million tons. [10] This will enable Russia to successfully compete with the top LNG producer, Qatar, thereby leaving the United States far behind.

Success of Russian energy projects and expansion of Russia’s ties with European partners in energy and other major sectors of the economy present, in the eyes of the administration of US President Donald Trump and the Congressmen, a key threat to American business interests. This is what underlies Washington’s "sanctions" policy and European leaders have increasingly been making a point of it lately.