New strategy of US counter-intelligence: real and unreal threats 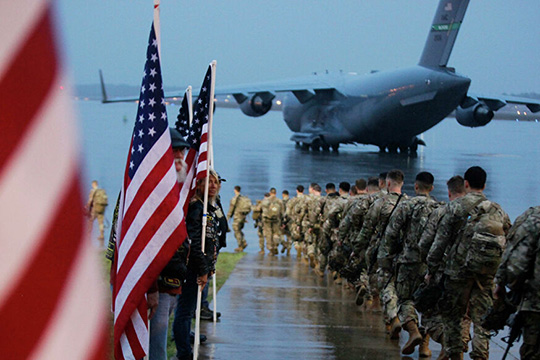 The newly published US Counter-Intelligence Strategy for 2020-2022 puts Russia and China at the top of the list of countries that pose a threat to the USA. “Russia and China are operating throughout the world, using all power instruments at their disposal against the United States, resorting to a wide variety of modern intelligence methods", - the document says.[i]

The strategy formulates five objectives for the counter-intelligence service: to protect the critically important infrastructure, cut the number of threats to basic supply chains, counteract the exploitation of American economy, defend the American democracy against foreign influence, and repulse cyberattacks and technological disruptions that could come from foreign intelligence.

The US has made public only a brief 11-page version of the strategy, whereas its full, classified variant will be submitted to members of intelligence committees in the House of Representatives and the Senate, to White House officials, heads of corresponding agencies and other officials with access to classified information. The mere list of goals for counter-intelligence gives rise to questions such as whether they are fully grounded or whether they are all but tribute to the current political trends in the USA.

As we read «protect the American democracy against foreign influence» we understand what they mean by ‘foreign’ – both Democrats and Republicans keep talking about Russian interference in American elections. Although this talk has long been dismissed by many as inconsistent with reality, it nevertheless, continues unabated.

The strategy, published on the website of the US National Counter-Intelligence and Security Center, is a renewed version of the 2015 document. The Center’s Director, William Ivanina, said as he presented the report that modern technology – artificial intelligence, encryption technology, internet of things – make the work of counter-intelligence more complicated. According to CBS, W. Ivanina has been saying since 2014 that China poses the most serious long-term threat to US security. In his words, the theft of American intellectual property, allegedly committed by the Chinese, cost the US 400 billion dollars annually. [2]

Statements about stealing intellectual property are not new and are being exploited by the Americans to justify a trade war they are waging against China. It is not for the first time that the Trump administration is resorting to “banned methods” adding the country’s economic problems to the list of national security threats, which makes it possible to introduce restrictive measures against China.

The strategy in question is seeing light just as the debates on a new American budget are getting under way. This is not accidental given that documents of this kind can justify budgetary spending. In 2021 the US government is planning to spend $1.5 billion to counter “China’s influence” and another $596 million to establish “diplomatic cooperation for securing the strategy in regions of the Pacific and Indian Oceans. A statement to this effect is part of the press release circulated by the US State Department and published after the White House submitted to the Congress a draft budget for the next fiscal year.[3]

However, proposals on the budget, though reflecting the position of the US administration, do not always become law. In most cases, the US Congress approves the budget depending on the political situation at home. Now that they have sustained defeat on Trump’s impeachment, the Democrats have a good chance to take it out on the budget. Democratic minority leader in the Senate Chuck Schumer has described the draft budget submitted by the incumbent administration for the next year as “a plan to destroy America”.[4] Considering that these are all but domestic political games, it is not immediately clear what Russia and China have to do with them.

[4] «Democratic leader in US Senate describes draft budget as a plan to destroy America», https://tass.ru/mezhdunarodnaya-panorama/7739295