New US sanctions on China: enough is enough! 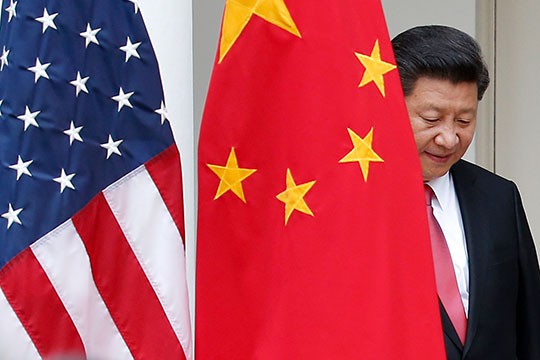 Enough is enough! – this is the first thing that comes to mind when you get  the news about the move by the US Senate’s Foreign Relations Committee to approve a bill slapping sanctions on a number of Chinese individuals and legal entities over Beijing's activities in the disputed areas of the South China Sea. The bill provides for the introduction of restrictions against individuals and legal entities in the PRC who "are involved in certain actions related to territorial disputes in the South China and East China Seas." [1] Well, Washington has imposed all imaginable sanctions on China and under the most ridiculous pretexts too, but it still tried to maintain at least the semblance of logic. For example, over the alleged human rights violations in Xinjiang, which Beijing reasonably denied. But Xinjiang happens to be a part of the People’s Republic and as such, it falls under Beijing’s jurisdiction.

As for the situation in the South China Sea (SCS), it stems from territorial disputes that China and other Southeast Asian countries have been involved in for several decades now. This means that here we are not talking about the situation in China proper, but about a dispute between several countries that the United States has nothing to do with. Indeed, the mere fact that there is a territorial dispute, even one where the United States supports one of the parties in the dispute (and for some reason it is never China), is not enough reason for imposing sanctions.

In this case, Washington is once again trying, without any reason, to act as an umpire in a dispute between third parties. By the way, each time the dispute in the South China Sea comes up, the United States refers to the UN Convention on the Law of the Sea (UNCLOS) that the Americans have refused to ratify, but still teach others how to comply with it. Moreover, they declare the need to ensure free navigation as a pretext for patrolling the waters of the South China Sea at the risk of unintentional collisions and dangerous naval activities.

Therefore, when US Secretary of State Anthony Blinken talks about “no attempts to contain China” and about Washington not asking “partners from other countries to choose between the United States and China” [2], it is hard to believe him, because this is just an attempt to contain China and drive a wedge between the parties to the dispute in the South China Sea.

Meanwhile, the situation there is really challenging. China pragmatically insists on resolving the problem strictly between the parties involved, without any outside meddling. China and ASEAN have for several years been trying to agree the text of the Code of Conduct in the South China Sea and have even agreed to finalize it by 2022, but the closer this deadline, the less realistic it looks. This is because the participating nations need to sort out several difficult issues at once, which has resulted in many previous negotiations falling through. They need to agree on the geographic scope and legal status of the territorial dispute in the South China Sea, on the dispute settlement mechanism, enforcement and the possibility of third party intervention. [3]

In view of all the above, the US Senate's attempts to impose sanctions on Beijing are nothing short of destructive. Theoretically, the bill may not go beyond the committee floor because it is as illiterate as it is absurd. Unfortunately, chances of this look slim given the anti-Chinese sentiment prevalent in the US Capitol and the low level of political literacy of its inhabitants.

[3] “Ideal storm. China and US scramble forces in the South China Sea. What will be the outcome of the battle for regional supremacy?” https://lenta.ru/articles/2021/10/15/south_china_sea/