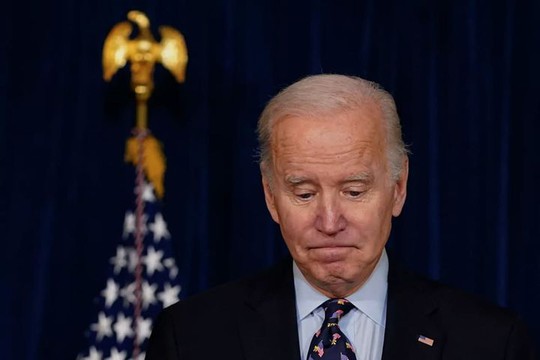 «Biden Races to Expand Coalition Against Russia but Meets Resistance», writes «New York Times». Many Asian, African and Latin American nations are maintaining ties with Russia as the United States tries to isolate President Vladimir V. Putin and end the war in Ukraine, the author notes.

Now, with the conflict in its fourth month, U.S. officials are facing the disappointing reality that the powerful coalition of nations — stretching from North America across Europe and into East Asia — may not be enough to break the looming stalemate in Ukraine.

With growing urgency, the Biden administration is trying to coax or cajole countries perceived by Washington as neutral in the conflict — including India, Brazil, Israel and the Gulf Arab states — to join the campaign of economic sanctions, military support and diplomatic pressure to further isolate Russia and bring a decisive end to the war. So far, few if any of them have been willing, despite their partnerships with the United States on other major security matters.

U.S. officials acknowledge the difficulties in trying to convince countries that they can balance their own interests with the American and European drive to isolate Russia, writes «New York Times».

“One of the biggest problems that we are facing today is the fence-sitter problem,” Samantha Power, the head of the U.S. Agency for International Development, said after giving a speech about the administration’s efforts to reinforce free speech, fair elections and other democratic systems against authoritarian leaders worldwide.

In Beijing, Zhao Lijian, a Chinese Foreign Ministry spokesman, said that the United States “forced countries to take sides in the conflict between Russia and Ukraine and wantonly threatened to impose unilateral sanctions and long-arm jurisdiction.” He added: “Isn’t this coercive diplomacy?”

“Key strategic middle powers such as India, Brazil and South Africa are consequently treading a very sharp line in an attempt to preserve their strategic autonomy and cannot be expected to simply sidle up to the U.S.,” said Michael John Williams, a professor of international relations at Syracuse University and a former adviser to the North Atlantic Treaty Organization.

Brazil, India and South Africa — along with Russia and China — are members of a group of nations that account for one-third of the global economy. At an online meeting of the group’s foreign ministers last month, Moscow offered to set up oil and gas refineries with its fellow partners. The group also discussed expanding its membership to other countries.

Other nations that abstained from the United Nations vote, including Uganda, Pakistan and Vietnam, have accused the U.S.-led coalition against Russia of shutting down any chance of peace talks with its military support of Ukraine.

American officials have come to the same conclusion about China, which is Russia’s most powerful strategic partner. They say China has clearly chosen to stand with Russia — as evidenced by the constant reiteration by Chinese officials of Mr. Putin’s criticisms of the United States and NATO and their spreading of disinformation and conspiracy theories that undermine the United States and Ukraine, writes «New York Times».