Newsweek: The more chaotic the picture in the West the less effective Western pushback against Russia is likely to be 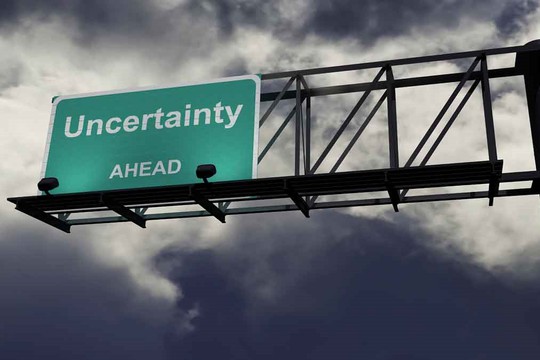 Western sanctions on Russia were intended to cripple the economy, isolate its most-powerful oligarchs and bring unbearable levels of domestic unrest to Moscow. Instead, it is the West that is reeling, “Newsweek” magazine is surprised.

The Ukraine war, he writes, and the sanctions related to it have created a host of problems for the West, including stubborn inflation, soaring gas prices at the pump, and uncertainty over the availability of natural gas supplies for the heating season, now just a few months away. Political uncertainty is appearing in Europe, most recently evidenced by the resignation of Prime Minister Boris Johnson in the U.K., one of the staunchest European supporters of Ukraine, and in discord in the Italian government.

"Everyone I have talked to is wary about what is likely to happen in the next few months," said Bruce Stokes, visiting senior fellow at the German Marshall Fund of the United States, "with high energy prices, the trajectories of the various economies, and whether the public will become less supportive of the strong stance that we've jointly taken on Russia and the war in Ukraine."

The uncertainties created by the Ukraine war and related sanctions could actually be benefiting Vladimir Putin. "To some degree, chaos serves Putin's interest," said William J. Burns, former U.S. deputy secretary of state and current director of the Central Intelligence Agency, in an interview with The Atlantic. "Those all serve Russia's and Putin's interests," he added, "the more chaotic and divisive the picture in the West, the more space he thinks he has, and the less effective Western pushback against Russian aggression is likely to be."

Since the sanctions began, the Russian economy has been negatively affected. But while sanctions have negatively affected select sectors of Russia's economy, the jury is still out on their overall impact. And despite facing a major decline in foreign export volume, revenues from oil and gas, Russia's biggest trade asset, are up nearly 80% this year, according to the Center for Strategic and International Studies.

At a hearing of the U.S. Senate Subcommittee on Europe and Regional Security Cooperation in June, Senior Advisor Amos Hochstein was asked if Moscow was making more money now off its crude oil and gas sales than a couple of months before the war started. "I can't deny that," he told lawmakers. "It was not anticipated that the Russian current account surplus would actually go up because they would earn so much money from the sale of oil," he added.

Supporters of sanctions may be running out of time.

In an interview with Newsweek, Anatoly Antonov, Moscow's ambassador to Washington warned that these Western sanctions will backfire. "The plans to strangle our country with sanctions do not work," he said. "The thoughtless imposition of restrictions only aggravates the situation in the U.S. economy." "Thus, it turns out that in an anti-Russian fever," he added, "Washington is ready to shoot itself in the leg and dance simultaneously. It looks absurd."

While President Biden has vowed to stand with Ukraine for "as long as it takes," recent polls suggest that rising food and energy prices in the U.S. — up nearly 9% and 7.5% on the year respectively — are diminishing popular support for Russian sanctions.

Survey data from the Morning Consult show that fewer than half of American voters (47%) support Russian sanctions if they cause the price of goods to rise at home, down from 56% in April.

Even fewer Americans, just 44% of voters, believe it is their country's responsibility to defend Ukraine.