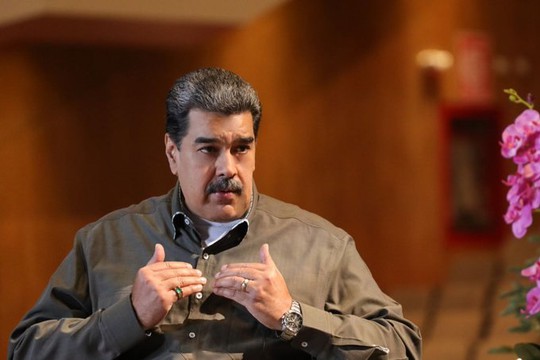 Nicolas Maduro, the President of Venezuela

We present some key points from an interview of Nicolas Maduro, the President of Venezuela, conducted in Caracas by Ignacio Ramonet, a Spanish academic, journalist and writer who has been based in Paris for much of his career. Ignacio Ramonet serving as the editor-in-chief of ‘Le Monde diplomatique’ from 1991 until 2008.

Ignacio Ramonet: Mr. President, at the end of November 2022 your government announced agreements with the American oil company Chevron, and in this regard I would like to ask you if this agreement with Chevron means that Washington lifts some of the sanctions against Venezuela and what could be the impact of the agreements with Chevron on the Venezuelan oil industry.

Nicolás Maduro: Well, it doesn’t mean that the sanctions have been lifted, it just gives Chevron, a US company that now, in 2023, has been producing in Venezuela for 100 years, a license to come and work, to produce and invest. The relationship with Chevron and the negotiations with them have been within the framework of the Constitution, of the laws; the dialogue and the conversations with them have been extraordinary, and I hope that all the projects that have been signed, all the contracts that have been signed, will actually be realized.

And I send a message to all the energy companies in the world, in the United States, in Europe, in Latin America, in Asia; here in Venezuela we have the largest certified oil reserves in the world, here in Venezuela we are certifying the fourth largest gas reserves in the world. Venezuela is an energy power, no one can take us out of the global energy equation. We are founders of OPEC (organization of the petroleum exporting countries), founders and leaders of OPEC-Plus, and we are going to continue this process.

So Venezuela has the doors open, with special conditions for investment, for production, with political stability, with social stability.

Ignacio Ramonet: Mr. President, now – international politics, a subject that you already know. There are important geopolitical and energy changes taking place in the world right now, especially due to the conflict in Ukraine… In this context, I wanted to ask you, what prospects do you see for a possible normalization of relations between Venezuela and the United States, and also for a normalization of relations with the European Union, or with other powers that at one time joined the sanctions against your government?

With the United States, unfortunately, they are still trapped by their insane policy on Venezuela, supporting non-existent institutions, an interim presidency, a fictitious assembly that they continue to support. In one way or another the electoral blackmail of Florida, of Miami-Dade, strongly influences the foreign policy of the White House, of the State Department, [and this] is regrettable.

Venezuela is ready, totally ready, to go towards a process of normalization and regularization of diplomatic, consular and political relations with this government of the United States and with the governments that may come. It is one thing to have strategic political differences, a [certain] vision that one may have of the world, and another thing not to have relations...

We are ready for a dialogue at the highest level, for respectful relations, and I hope, I hope, that a halo of light will illuminate the United States of America, that they will turn the page and leave behind this extremist policy, and arrive at more pragmatic policies in relation to Venezuela. We are ready, I hope that this will happen.

The world is undoubtedly in a very difficult situation, we are experiencing the pains of giving birth to a different world.

We have always advocated the construction of a pluripolar, multicentric world, with different poles of development, power, centers that accompany all regions of the world. The old world of the 15th, 16th, 17th, 18th, 19th centuries, of colonialism, then of the neo-colonialism of the 20th century, must be abandoned for good.

No one can believe that from two or three metropolises, one can govern the world, one can subdue the peoples. There are already very strong regions, such as Asia, the Pacific, Africa itself, Latin America and the Caribbean, we are blocks of countries that are becoming poles of world power.

Do we have to give up our rights to peace, to development, to scientific and technological progress, to our own cultural models, to our own political models? Do we have to give them up? No. Should we assume the unipolar domination of a metropolis that claims to dictate to the world? No. It is the time of a new world, of a new geopolitics that redistributes power in the world.  The war in Ukraine is part of the labor pains of a world that will emerge.