No smoke without fire. Why did Russia bring up the issue of bioweapons? 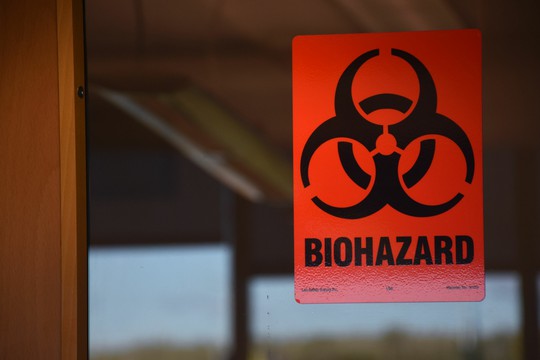 On March 9, the Russian Defense Ministry announced that 30 US biological laboratories operating in Ukraine had been developing biological weapons, aimed primarily against Russia and China. Tellingly, this statement came not from the ministry’s official spokesman, General Igor Konashenkov, but from his colleague, the chief of Russia’s radiation, chemical and biological protection force, General Igor Kirillov, who said that the Russian army had seized some of the research-related materials, despite a direct order given the laboratory staff on February 24 to destroy them. General Kirillov noted that the obtained materials confirmed the information previously available to Russia that pathogens and agents of dangerous infectious diseases are being studied in US laboratories around the world. He also made it clear that Russia holds the United States and its allies responsible for a number of outbreaks of particularly dangerous diseases in humans and farm animals in the former Soviet republics. More importantly, the Russian media reports about the United States allegedly developing deadly strains that can selectively infect people of a certain genotype associated with nationality. A similar statement by Russia, which previously spoke about the development of nuclear weapons by Kiev, raised doubts among many people, but, as they say, there is no smoke without fire.

Russia has been raising the subject of classified US research and secret bio laboratories since 2018. So it means that the Russians have some basis for making such statements?

On March 10, General Kirillov's statements were indirectly confirmed during a news briefing by the former Ukrainian Prime Minister Nikolai Azarov, who told reporters that he had been denied information about the work done by the US biological laboratories even when he headed the Ukrainian government. More strangely still, US administration officials immediately started making conflicting statements about the presence of biological weapons, confusing the number of laboratories and research topics, and trying to shift the blame for the bioweapons’ possible use to Russia. Russia then called for an urgent meeting of the UN Security Council on biological activities in Ukraine. Considering that, apart from China, Russia has no allies in the Security Council, there is no doubt that, regardless of its authenticity, all evidence presented by Moscow will be dismissed as fakes. Eager as it is to avoid responsibility for the initial outbreak of the Covid-19 pandemic, China is equally unwilling to receive deliberate misinformation. This means that Moscow does have something to present, because otherwise the Security Council’s meeting would come as a crushing defeat for Russia!

Russia has some experience in this field, however. Back in 1945, it was the Soviet Union that laid bare the activities of the so-called "Squad 731" - a Japanese secret unit that was trying to develop biological weapons during the Second World War. Fortunately, the Japanese failed to move too far with their work, managing to cause only a handful of local epidemics, apparently not having enough time for more. The US project is much larger, longer and more advanced, however. True, one of its goals was to protect against biological threats, but judging from the research information that can be found even in open sources, it is clear that the American scientists really studied the immunity of various ethnic groups and the effect of viruses on them. All this makes it possible to experiment with starting epidemics in regions unfriendly to Washington, not necessarily deadly ones, but still capable of paralyzing the local economy and health care.

It looks like the Russians have something to show to the UN Security Council. This is apparently why US Under Secretary of State Victoria Nuland was in so much panic about the results of the research in Ukraine falling into the hands of the Russian army. Meanwhile, the ubiquitous Fox News has already confirmed the panic in the White House.

A few days ago high-profile Bulgarian journalist Dilyana Gaytandzhieva, who has been conducting an inquiry into the work of American bio laboratories across the world, has publicised the results of her recent investigation in connection with Ukraine. After Russian troops occupied part of Ukrainian territory, a number of high-ranking Russian military commanders reported the existence of biological weapons laboratories on the territory of Ukraine. Shortly after, the White House acknowledged the presence of biological weapons research facilities on the Ukrainian territory and, most importantly, expressed concern over the possibility of Russia getting hold of research samples and results. A question arises why the United States is playing along with Russia. This kind of concern means that these centers store data which can damage the US national security or even compromise Washington in the eyes of its allies.

The answers to these questions are easily available in open sources. However, in the light of what the Kremlin and the White House said, they need appropriate interpretation. In recent years, American specialists supported by a number of Ukrainian research centers, have been looking into the possibility of disseminating life-threatening viruses with birds. Some of the researchers became ornithologists studying bird routes. This is confirmed by reports on the funds allocated for this research by American government sites, and by some posts which have been published by scientists and which have been analyzed by the journalist, Dilyana. What is yet more important is that American researchers were granted free access to all Ukrainian centers, whereas Ukrainian inspectors were denied access to American laboratories. The Kyiv authorities issued official resolutions to this effect.

Meanwhile, considering the current state of medicine in general and epidemiology in particular, migrating birds can hardly pose a serious threat to humans in terms of transmitting infection. Of all bird and swine flus only one – Covid-19 – has hit the target, though its origin is still a matter of dispute. Officially, Covid-19 outbreak started in a market in Wuhan, where they traded in exotic edible animals. The outbreak paralyzed the global economy for two years and shut freedom of movement for millions across the globe.

Thus, Ms Gaytandzhieva suggests a fairly significant conclusion – viruses, harmless for birds and bats but dangerous for humans, can be a serious weapon. The more so since the main enemy in the conditions of a pandemic is not the disease as such but the panic and poor coordination of action on the part of the authorities. A dangerous virus can easily be used as a weapon – a few outbreaks along bird migration routes may cause panic and undermine the economy of a country. Particularly if the territory of the country in question is so vast that the birds follow their entire migration route over it. There is only one such country, Russia. No wonder then that the Russians felt strongly worried over reports about  experiments with infection carrying birds.

History knows no proved cases of epidemics brought by birds. Traditionally, the carriers of infectious diseases are rodents. It was a gopher eaten for gastronomical pleasure by a tourist that triggered the last outbreak of plague, one of the deadliest diseases ever. But there is the first time for everything, so experiments with birds are fully understandable, just as Russia’s wariness – Moscow does not want military operations aggravated with a new pandemic, particularly as the world is still recovering from the previous one!