«Nobody But We!». On President D. Medvedev`s Visit to the US. 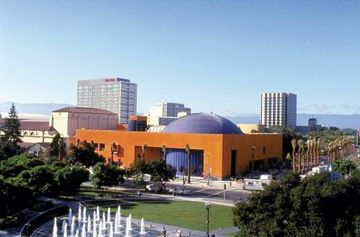 Russian President D. Medvedev will travel to the US on June 22-24. The visit will include a Silicon Valley tour and talks in Washington aimed at boosting the cooperation between Russia and the US in the innovations and high tech sector. There is obvious continuity of the Russian President`s US agenda and the program of the recent St. Petersburg Economic Forum: inviting foreign investments in the Russian economy ranks high on the list of Moscow`s economic priorities.

These days, Russia is facing the modernization challenge as it did in the watershed epochs of Emperor Peter The Great whose reforms opened the country`s "window to Europe" and of the first Soviet five-year plans implemented under Stalin in the 1930ies. Russia has to address the modernization problem promptly to secure its place in the evolving global geopolitical configuration, to preserve its sovereignty and independence, to safeguard the country`s already contested right to its own natural resources, and to avoid dropping out of history`s top league. Failure to do so is sure to leave Russians downtrodden.

Russia`s standing in the future largely depends on its ability to integrate into the fifth and sixth technological paradigms and to make full use of the opportunities they open. For that, the country needs to create advanced research centers and technology hubs, upgrade its industrial capacities, and build an economy generally receptive to innovations. At the moment the task amounts to hopping a train that is already in motion. The Russian elite spent nearly a decade discussing the benefits of switching from the economy mostly sustained by commodities export to that driven by innovation. What has changed over the period of time? At least one serious change is that hundreds if not thousands of times more money is being poured into the high tech sector. The absence of practical results, however, shows that in this case money is not the key problem.

The key problem in Russia is the lack of awareness among the majority of the population - the younger people, the elites, the officialdom, and the research community - about the potential that can be unlocked by innovative activity and broad modernization. Openly or implicitly, the innovative activity in Russia has been under downward pressure throughout the past two decades. The ideas expressed by late Egor Gaidar, the architect of economic reforms under Russia`s first post-Soviet President B. Eltsyn, that the Russian academia is unproductive and the country should rely on import for high tech products had been absorbed into the mainstream. For years, reflexion, attempts to broaden the horizons to the point of looking at least 10-20 years ahead, and even the ordinary common sense were suppressed by state institutions and mass media. The result is an intellectual catastrophe in Russia. The former and current presidents` calls for putting the Russian economy on an innovative track, focusing on advanced technologies, and luring investments in innovative projects seem to miss the audience, sound ritualistic, and draw surprisingly little attention.

Attempts to meet the modernization challenge on the basis of Western recipes and with the help of Western advisers – by putting together technology hubs and constructing high tech infrastructures – produced no result. The alternative strategy of charging giant state-run corporations with promoting Russia`s technological development did not prove efficient either. Nevertheless, the efforts continue with ever greater financial backing.

In what way can cooperation with the US help Russia meet the modernization challenge? In the 1920-1930 the Soviet leadership brilliantly seized the unique opportunities provided by the global economic crisis to rebuild the Soviet Union`s own economy in line with the third and fourth technological paradigms. There is absolutely no hope, however, that we will see Russia do the same in the settings of the current economic downturn.

The conclusion stemming from the entire experience of Russia`s economic interactions with the West over the past 20 years is that outside investors are unwilling to inject capital into Russia`s high tech. The general rule counts no exceptions. The West is interested in perpetuating Russia`s status of energy supplier and high-tech products importer and would rather not let Russia raise as a competitor outside of commodities markets. This is the reason why, for the most part, the magnets for Western investments in the Russian economy are the oil and gas sectors, beer brewing, tobacco industry, and retail, and it is unrealistic to expect the trend to fluctuate.

It should be realized with utmost clarity that the US or any other country are not going to help modernize Russia. Russia`s main modernization strategy – and likely the only one – should sound as the motto of its air-born special forces: "Nobody but We!".