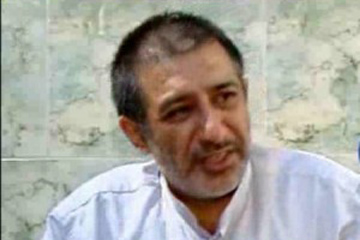 In the framework of the studies of IsAG (Institute of Advanced Studies in geopolitics and Auxiliary Sciences) on neutrality, non-alignment and their evolution, Giuliano Luongo – Director of the “Africa” Research Programme and Coordinator of the Research Group on BRICS at IsAG – interviewed Mr. Kouroush Ahmadi, NAM coordinator at the Mission of Iran to the United Nations.

Giuliano Luongo – How does the NAM see and “interpret” the recent global economic crisis and the current war theatres in different areas of the world? Is it still possible to maintain a non-aligned or neutral (be it armed neutrality or not) position?

Kouroush Ahmadi – As to the NAM position on the recent global and economic crisis as well as its position on the current war theatres, we recommend that you take a look at the latest NAM document issued by the NAM Ministerial Meeting held in 29 May 2014 in Algiers. For this purpose, the NAM Final Document could be accessed at http://namiran.org/ under title: 17th NAM Ministerial Conference.

As to whether or not it is still possible to maintain a non-aligned or neutral (be it armed neutrality or not) position, the NAM believes yes, it is. Indeed, it is rather less difficult to maintain a non-aligned, non-committal position today, than under the bipolar global system during the Cold War. The big powers, today, are not as over-encompassing as they used to be during the Cold War. The share of the big powers of the global GDP is much less today compared to what it used to be during the Cold War. Emerging economies and many other developing countries are asserting themselves now much more strongly than they used to in the past. Moreover, the NAM is nowadays the negotiating arm of developing countries when it comes to non-trade, non-commercial issues, (as these issues are being taken care of by the G7 and China.) In other sense, NAM tries to coordinate the position of NAM member states on a range of issues like UN reform, disarmament, human rights, General Assembly revitalization, peace keeping, legal issues and … In turn, NAM negotiates with the representatives of the North at the UN and elsewhere and try to reach an understanding with them, enhancing the interest of its constituency.

GL – In your opinion, seeing the current ongoing armed conflicts, do the international military organizations (as NATO) still make sense “as they are”, especially thinking about the current phase of geopolitical transition from a US-led unipolar system to a multipolar one?

K. Ahmadi – NAM doesn’t have any general view on the NATO. In the case of armed conflicts and for the NAM views on the role of the NATO, the above document could be consulted. It is understood that NAM members are committed not to align themselves with the NATO’s activities in the sense of providing it with facilities on their territories.

GL – Which mediator role can be played NAM? Seeing how recent events did develop, a stronger institutionalization of the Movement could be desirable or not?

K. Ahmadi – NAM has not defined any mediating role for itself and has not so far assumed such a role. NAM was created and continued its activities as a movement rather than an organization. It doesn’t have an establishing document and organs, and its forefathers were of the view that it’d rather be and stay a movement than a bureaucratic organization. Nonetheless, there has been dissenting views on this point during the past decades, and still there are views recommending stronger institutionalization.

GL – How does the Movement see the rise of the new regional international organizations like the Eurasian Union or the other experiences developing themselves in Latin America?

K. Ahmadi – Routinely, NAM has welcomes the establishment and activities of regional organizations and arrangements, as they enhance cooperation and coordination among states at a more practical and business-like level and can promote dialogue and understanding in regions, mostly in the grip of so-far intractable issues.