Nord Stream: who stands to gain? Why Germany refuses to bend under sanctions pressure 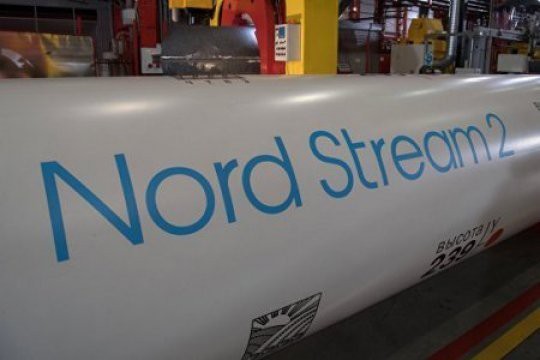 The chances of the sanctions war around Nord Stream 2 to rage on after the construction of the pipeline is finally over look high. That being said, we have to admit, with regret or with joy, that it will be completed, and for the following reasons.

Germany, like any other European country, has set itself the task of abandoning coal and nuclear energy within the next few decades. In reality, however, there is no alternative to coal and nuclear energy. Simultaneousy forsaking gasoline and diesel cars, which is something Europe dreams about, will inevitably increase the EU’s demand for electricity. However, green energy is unlikely to satisfy Europe's energy needs any time soon. Hopes for cheap thermonuclear energy are unlikely to come true until 2050 at best.  Therefore, in the coming decades, natural gas, Russian and other, will obviously remain the most convenient and cheapest fuel. At the same time, regardless of where the pipelines run, Russian natural gas will account for a significant share of the European and world markets. This is not politics – just a simple economic reality.

Another thing is that politics and economics are too closely intertwined, and in the short term at that. The abandonment of Nord Stream 2 will hardly weaken Russia and force the Kremlin to introduce democratic reforms. This will only result in Europe losing a good opportunity to effectively ensure its energy independence, as well as that of its Baltic and Eastern European allies, many of whom, unable to fully integrate themselves into European energy systems, continue to buy electricity from Russia.

At the same time, Nord Stream 2 will help make Germany a guarantor of the EU's energy security. More and more people now feel that the sanctions against the Russian-German project are essentially meant to undermine Germany’s growing influence. However, even this abnormally cold winter has shown that political problems and competition for influence in the EU are taking a back seat to energy security issues. The disruption in LNG supplies from the United States has only underscored Europe’s need for the Nord Stream. Besides, when completed and controlled by Germany, Nord Stream 2 could be used as a means of pressure against Russia and Russian supplies which is exactly what Brussels and Washington want.