Not only gas: Italo-Russian relations at Ministry of Economic Development 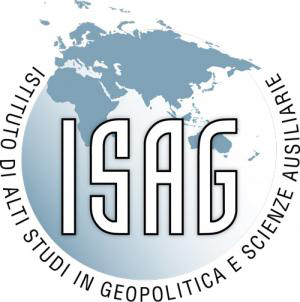 On Thursday the 7th of March, the Ministry of Economic Development will host a conference on Italo-Russian economic relations. The event is organized by IsAG (Institute of Advanced Studies in Geopolitics and Auxiliary Sciences) in collaboration with the Embassy of the Russian Federation in Italy

(Rome, 27/02/2013) The Institute of Advanced Studies in Geopolitics and Auxiliary Sciences (IsAG) organizes the bilateral meeting “Not only gas” dedicated to the economic relations between Italy and Russia. The event is organized in collaboration with the Ministry of Economic Development and the Embassy of the Russian Federation in Italy. It will take place on Thursday the 7th of March, from 9:30 A.M. to 2:00 P.M. at the “Gaetano Martino” hall of the Ministry of Economic Development.

The program of the event gathers personalities who are directly involved in the bilateral relations between Italy and Russia: from the Italian side there will be the participation of the General Director for Internationalization Policies Pietro Celi and the Diplomatic Advisor Mario Cospito from the Ministry of Economic Development, the Minister Plenipotentiary Liborio Stellino from the Ministry of Foreign Affairs, the Diplomatic Advisor Elisabetta Muscolo from Invitalia s.p.a. agency, President of ICE Riccardo Monti, the economist Paolo Raimondi, the lawyer Paolo Quattrocchi from the NCTM international law firm. From the Russian side there will be the participation of the Deputy Minister and former Ambassador in Italy Aleksey Meshkov, the Minister Advisor of the Embassy Dimitry Shtodin, the President of “Millenium Bank” Michail Baidakov, the President of the Schiffer Yuri Institute, Yuri Gromyko, and exponents of the Commercial Representative of the Russian Federation in Italy. As representatives of IsAG there will intervene the President Tiberio Graziani, the researcher of the “Italy System” Program Francesco G. Leone and the Director of the “Eurasia” Program Dario Citati, this last as moderator of the discussion.

The “Not only gas” meeting takes its title from the extra issue recently published by IsAG, which will be introduced during the session. Russia,the ninth world economy with a growing middle class and a great infrastructural need, represents one of the most important export markets for Italian goods and investments. In exchange, Italy takes from Russia relevant amounts of oil and gas which are crucial for our productive system. Italy and Russia live in a relation of economic symbiosis which is confirmed by the growing numbers of their trade exchange. In this Issue there is a description of the present state of the economic relations between the two countries, there are hypothesis about the scenarios to come and useful and practical suggestions for Italian operators who want to invest in Russia.

The happening of the 7th March will examine in depth the topics of the Issue with special regard to three aspects which are decisive for the future of the bilateral relations: the entry of Russia to WTO, the constitution of the Eurasian Customs Union among Russia, Belarus and Kazakhstan and the next G-20 in St. Petersburg, which will take place the next September. According to the President of IsAG Tiberio Graziani, “It seems that now, with the crisis acceleration of the Western system, time is ripe for the establishment of a macro-regional strategy common to Moscow and Rome, aiming at the modernization/industrialization of the Eurasian landmass, whose success will be granted by the Italian contribution in terms of scientific and technological knowledge and experience in the field of long-term investments”.<!--EndFragment-->