Nuclear factor in the Ukrainian crisis 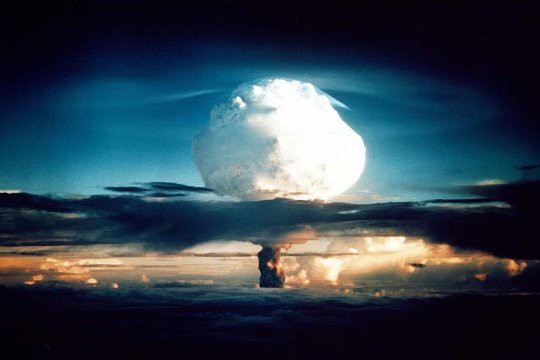 The subject of nuclear weapons and their possible use in amid the ongoing crisis in Ukraine came up even before the start of Russia’s special military operation there, when Ukrainian President Volodymyr Zelensky wished that his country had not abandoned its nuclear status. However, there were earlier attempts by Kyiv to bring up the issue of  nuclear weapons:

- In 2019, Oleksandr Turchynov, then Secretary of the National Security and Defense Council (NSDC), said that "nuclear disarmament was a historical mistake" made by Ukraine.

- On February 19, 2022, Volodymyr Zelensky told the Munich Security Conference that he would initiate consultations within the framework of the Budapest Memorandum. He said, that he had instructed his foreign minster to organize such consultations. He added that if such consultations were not held again, or if they produced no security guarantees for Ukraine, then Kyiv would have every right to believe that the Budapest Memorandum is not working and that the whole package of decisions made in 1994 would be called into question.”[i]

Notably, he said this on February 19. Zelensky's statement meant that Ukraine intended to walk back on its pledge to be a non-nuclear power. Only then, on February 24, did Russia launch its military operation.

The operation revealed the scale of the militarization of Ukraine, the level of aggression, the training and motivation of the nationalistic battalions, the degree of presence of foreign instructors and mercenaries - even in the early days of the operation. At some sections of the frontline trench war has been going on since the start of the special operation, which speaks not only of the high degree of motivation on the part of the Ukrainian troops, but is also evidence of the hidden scale of their combat training. This means that Kyiv had been gearing up for a showdown. It’s years-long rejection of the Minsk accords was nothing more than a political farce, a smokescreen for the militarization and “Nazification” of the army, society, and the country as a whole.

Unlike the Minsk agreements, the Budapest Memorandum, was signed and remains in effect. But if Kyiv treated the Minsk agreements in such a way, not without prompting from Washington, then what prevents it from treating the Budapest agreements in exactly the same way? Just as Kyiv was preparing for war against the backdrop of the Minsk process, so, amid the discussions about the Budapest Memorandum, one can make a “dirty bomb.” Add to this the military activity against the Zaporozhye nuclear power plant, which has been going on for several months and did not stop even during the visit there of the IAEA delegation in early September.[ii]

The shelling of the Zaporozhye nuclear station with a simultaneous creation of a "dirty bomb" are evidence of a persistent effort to stage a nuclear provocation.

The anti-Russian forces are obviously working out two scenarios of this:

A nuclear incident without an atomic bomb - the organization of an explosion at the Zaporozhye NPP, accusing Russia of provocation or inability to control the situation at the station and blaming Moscow for  creating a radiation hazard for Ukraine and Europe; of an environmental disaster.

A "dirty bomb," whose detonation will be presented as the use of tactical nuclear weapons by Russia (following is the scenario of such a  provocation).

Ukraine, Western politicians and the media are enthusiastically discussing "Moscow's criminal intentions to use tactical nuclear weapons." Meanwhile, there are statements about the West’s resolve to respond in force. President Biden’s National Security Adviser Jake Sullivan warned that Russia would face catastrophic consequences if it used nuclear weapons, and that the United States and its allies would  respond decisively." (iii)

The propaganda campaign around this planned provocation thus came full circle: the culprit is designated, and the punishment (response) decided.

At the same time, just like before, no one is willing to listen to the Russian leaders, who have repeatedly stated that Moscow will resort to the use of nuclear weapons only in the following cases, outlined in the presidential decree "On the fundamentals of the state policy of the Russian Federation in the field of nuclear deterrence":

Translated from diplomatic language, it’s all very simple - there is no need for the use of nuclear weapons during the special military operation.

But talk about Russia's use of nuclear weapons continues. It takes a very powerful information background to make people in the West believe that in the event of a nuclear incident it was Russia that used nuclear weapons.

Russia, meanwhile, is demonstrating that it can safely get by with missiles and drones that strike at any targets anywhere deep into Ukrainian territory.

As to Kyiv, it has both a reason and intention to use nuclear weapons in the form of a “dirty bomb” in order to reverse the course of the military operation, to blame and defame Russia in the eyes of the world community.

The contrast in the demonstrative actions of the parties is interesting. NATO and Russia have “exchanged” nuclear exercises. The North Atlantic Alliance conducted the exercise "Steadfast Noon,” with Russia responding with its Thunder drill.[v] The contrast in the direction of the two war games exercise is very revealing. Russia conducts exercises using strategic nuclear weapons - the raison d'être of which is nuclear deterrence. The United States is fast-tracking the deployment of modernized B61-12 tactical nuclear bombs in Europe at NATO bases. Tactical nuclear weapons as such presuppose some "limited use" in nearby territories. So who is preparing for a nuclear provocation amid the conflict in Ukraine? A rhetorical question. In recent days, the provocation has taken on a real shape though, and Russian military and intelligence officers have described its scenario very clearly.

According to the latest information, the Kyiv regime has already completed technical preparations for a provocation with a "dirty bomb." Specialists at Ukraine’s Yuzhmash enterprise have built a dummy of the Iskander missile which they plan to stuff with a radioactive material and which will later be allegedly shot down by Ukrainian air defenders over  the restricted area around the Chernobyl NPP as a nuclear missile launched by the Russian armed forces. A RIA Novosti source clarified that the dummy of the Iskander missile was made on the basis of the Tochka-U missile. He said that once the dummy is “knocked down,” the Kyiv authorities intend to show the Western and Ukrainian media fragments and electronic elements of the alleged Iskander missile to convince the Western public of Russia's guilt.

The Russian Defense Ministry also stated that there are nuclear enterprises in Ukraine that have stockpiles of radioactive materials that can be used to create a “dirty bomb.” (vii) These are three active NPPs: South Ukrainian, Khmelnitskaya and Rovnenskaya with nine facilities used to store spent nuclear fuel, containing to 1,500 tons of uranium oxide enriched to 1.5%. In addition, scientists at the Kharkov Institute of Physics and Technology took part in the Soviet nuclear program and there are various experimental facilities there which are currently operating, including the Uragan thermonuclear facilities. One can add to this the Vostochny mining and processing plant in Zhovti Vody (Dnipropetrovsk region), where uranium ore is mined or was mined, and the Kyiv Institute for Nuclear Research.

Russian Defense Minister Sergei Shoigu held talks with the defense ministers of Turkey, France, Britain and the United States. All of these countries, save for Turkey, are nuclear powers. Shoigu informed his colleagues about the Ukrainian authorities’ readiness to detonate a "dirty bomb." Later, however, the US State Department, on behalf of Washington, London and Paris, officially dismissed this information as dubious, without even trying to investigate the claim. Russian Senator Konstantin Kosachev noted that the Westerners didn’t even spend a couple of hours to assess the troubling information on its merits, agree a concerted denial (at all levels, up to the very top!) and even agree on how to make it public.”[viii]

According to Kosachev, there is one good side to this news, though. He hoped that Russia’s prompt and proactive actions would thwart the provocation with the “dirty bomb” being prepared by Kyiv. He added that this means that once again people are saved, and Russia will continue working proactively. The situation has long been a cause of international concern, and the head of the IAEA, Rafael Grossi, has already visited the Zaporozhye nuclear power plant. Now, after the information about the "dirty bomb," an IAEA mission is preparing to visit Kyiv and Zhovti Vody. [ix]

It is also worth mentioning the fact that in one of his statements, US President Joe Biden mentioned the Cuban missile crisis. He said that if the situation continued to develop the way it does now, the world would face the threat of nuclear weapons use for the first time since the Cuban missile crisis. [x] A significant precedent, considering that Russia and the United States already have experience in overcoming the most difficult crisis that threatens the world with a nuclear catastrophe. The mere mention of the Cuban missile crisis today may mean the recognition of a common red line for key players in international politics. Such recognition is the first step towards negotiations, no matter in what format and no matter how secret they may be.

However, the impact of events directly or indirectly related to the Ukrainian crisis remains very strong, and is developing according to the following Western logic: Iran cannot possess an atomic bomb (it remains under open-ended sanctions), it is an existential enemy of Israel and a convenient target for sanctions and special operations in the Middle East, plus a very significant factor on the oil market. North Korea should not have an atomic bomb - eternal sanctions again. Can Ukraine have nuclear ambitions that might lead to provocations? Judging by the Western logic, there can be options here - after all, Ukraine is an instrument of existential confrontation with Russia.

We also note that, judging by what President Vladimir Putin said during  the plenary meeting of the Valdai International Discussion Club on October 27 about the Ukrainian authorities working very hard to cover up the traces of their preparation of a “dirty bomb,” other Russian statements and the information that Defense Minister Shoigu shared with his foreign colleagues have had an effect.[xi]