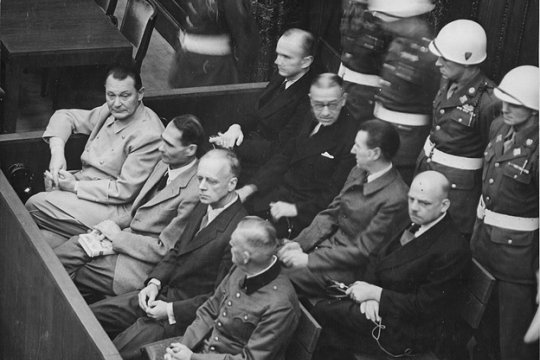 While attending the Conference «Nuremberg Trials: Translation that Changed Lives» an International Affairs correspondent interviewed Professor Novitskaya, who works at the English language translation department of the Moscow Linguistic University and holds the title of honorary professor of the translation studies faculty.

“International Affairs”: Would you tell us about translation errors at the Nuremberg Trials?

Olga Novitskaya: Everything was recorded in documents. During the interrogation of Goering the American prosecution used documents that had been translated by a person who was not well-versed in geography or the German language. For this reason, the paper that prosecutors considered proof of plans to "liberate the Rhine District” was, in fact, an order to “clear [the river] Rhine” – an order to remove obstacles to navigation in case of mobilization. Some things were utterly ridiculous. Interpreter Siegfried Rambler had this to say about US chief prosecutor at the Nuremberg Trials Robert Jackson: «He ought to have prepared better». Translation is always about subtleties, particularly when it concerns legal issues. Accuracy is crucial. You have to check and double check. Any translator knows that fact checking, an ability to find the right information and verify it, is as vital as in journalism. The three sources rule works in translation as well.

The defense at the Nuremberg Trials examined the results of the investigation. Its purpose was to roll out a claim in the course of the process. The defense was set not on claiming that there were some irregularities, but on turning the entire process into a show. Goering’s personality was a magnet. He referred to himself as ‘Nazi number one”. Everything that happened to him during the trials went public. People had never encountered anything life that before. Rambler describes the process as the first media phenomenon. Every time it went on front-page stories. As a person who was fairly stress-resistance (perhaps, due to his young age), Rambler had to convene journalists who were covering the trials and inform them about German toponyms, names, had to teach them to pronounce them and transcribe them into their languages. Translation cooperated with the media. This became Nuremberg’s know how.

Olga Novitskaya: While he process was still going on, the Fulton speech had already been presented. At that moment, the trials were an eye sore, particularly for the American side (even though the speech was made by Churchill). In Room №600 the USA and the USSR had to be allies, while beyond it they were enemies. This presented a lot of difficulty.

Siegfried Rambler keeps repeating that we were professionals. He explains his unbiased approach in a very touching way. The English language was not quite a mother tongue for him, a native of Austria, so he was mostly preoccupied with the words. More than anything he wanted to guarantee maximum  accuracy of meaning, to do his job well. In a way, translation difficulties proved a salvation from excessive reflection on who you are translating for - an enemy or a friend. Just do your job, and don’t give it a second thought. A Zen-based approach, which appeals to me for that matter.

Olga Novitskaya: In Russia we do not feel it that much. But in the Czech Republic, a translator of fiction from a foreign language into Czech is Kulturtrager, a person who brings big culture to their small country. Russia boasts colossal culture. Translators who mpart this culture to our neighbors carry their culture to Russia and in such a manner, they in part change history.