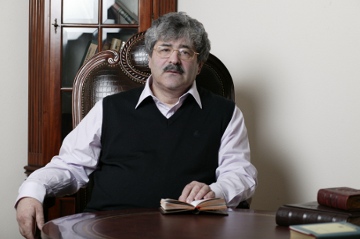 One of the paradoxes we are witnessing these days is that financial embarrassments hit the world's richest countries. The US Administration has no money for social security payments, while Brussels struggles to mobilize sufficient funds to keep its debt-ridden economies – Greece and Portugal – afloat and faces the prospects of bailing out Italy. Still, Obama has difficulty convincing the Republicans to authorize massive money-printing and to up the debt ceiling, and Brussels will hardly be able to arm-twist Berlin and Paris into acting as donors again, this time – in the interests of Italy, the third-largest European economy whose sovereign debt has swelled to the proportions of 120% of national GDP.

Experts project that the cost of propping up Italy, if the worst scenario materializes, will be expressed in totally astronomic figures, but what the world economy should fear most is not another collapse in Europe but a technical default in the US. Few staunch skeptics doubt that a last-minute compromise will be sealed in Washington - and, indeed, it likely will - but a couple of circumstances should in the context. First, the deal will, under any possible arrangement, render one of the rivals incapacitated in the next presidential race. If Obama bows to the Republican pressure and implements deep social-spending cuts, the Democratic Party's whole program will fall apart. If, instead, the Republicans manage to preserve the gentle taxation regime for the wealthiest and send the nation into default, Obama will easily explain to the voters that the responsibility rests with his opponents, making the presidential ambitions of  Republican candidates look ridiculous for ages to come. Secondly – and that might emerge as a bigger issue in the long run – a compromise of any shape will only help switch the illness to the latent phase. In quantitative terms, the problems confronting the US economy at the moment are on pars with  Europe's. Neither Democrats nor Republicans consider it an option to have the US downscale its superpower status, but the cost of the mission is mounting with no end in sight, Washington's plans to withdraw from Iraq or Afghanistan notwithstanding. While even a sell-off of government-owned assets may occasionally be given a hypothetic line of the agenda, it appears to hold no place for saving on military and foreign-policy budgets, and that is a position shared by the two camps. Consequently, the US sovereign debt is bound to grow regardless of how the US partisan debate plays out. The outlook being dim, “Living for today” has become a nearly universal creed in the US and European political and financial circles.

For Europe, even the slightest suspicion of a coming US default  hurts beyond the tolerance threshold. Christine Lagarde who  recently took charge at the IMF warns that a technical default in the US will imminently drive interest rates to a level at which stock markets crash. Moreover, it has to be taken into account that a large portion of European - and not only European – assets exist in the form of dollar bonds. Logically, searching for alternatives to the current dollar-based global economic architecture will spiral no matter how exactly the US climbs out of its current sovereign-debt crisis.

The US has no record of technical default or default on sovereign debt, but the 1971 episode in which president Nixon had the US currency decoupled from the gold equivalent should alarm the optimists. President Roosevelt did not shy away from a drastic dollar depreciation and a reform tantamount to confiscation as the Great Depression was raging. The inescapable conclusion stemming from the above is that the US can, if necessary, steer a harsh economic course, brushing off objections voiced worldwide.

<!--[if gte mso 9]> <!--[if gte mso 9]> Normal 0 false false false RU JA X-NONE <!--[if gte mso 9]> <!--[if gte mso 10]> /* Style Definitions */ table.MsoNormalTable {mso-style-name:"Обычная таблица"; mso-tstyle-rowband-size:0; mso-tstyle-colband-size:0; mso-style-noshow:yes; mso-style-priority:99; mso-style-parent:""; mso-padding-alt:0cm 5.4pt 0cm 5.4pt; mso-para-margin:0cm; mso-para-margin-bottom:.0001pt; mso-pagination:widow-orphan; font-size:10.0pt; font-family:"Times New Roman";} <!--StartFragment--> In the globalized present-day world, though, a crisis triggered by a US default can easily boomerang. The lesson of 1979, when the US was on the verge of default and enormous sums in welfare were overdue under J. Carter's Administration also deserves to be cited. At that time, a compromise had to be hammered out in Washington given the Cold War background. The entire range of consequences of a US default in today's settings are impossible to assess, but, no doubt, the US President and his opponents are aware of the magnitude of the potential disaster for their country and for the rest of the world. The hitch is that their reckoning may be crucially affected by factors of a different nature. Leaders are indebted to their constituencies and often overlook the realm of global responsibilities and tasks, remarked former UN Deputy Secretary-General and British Minister of State in Foreign and Commonwealth Office George Mark Malloch- Brown who now serves as a CEO in one of the world's top consultancies. Fractional interests, according to Malloch-Brown, thus prevail over the awareness of the new reality of the world striving to survive as nation-states falter. Obama must be credited with a fairly broad vision and clearly realizes that isolationist games and moves narrowly motivated by partisan interests or electoral scheming would combine into a short-sighted strategy. The understanding translates into Obama's interwoven strengths and weaknesses in the framework of the partisan debate, whereas, from a more serious perspective, the patriotism of the US President as well as of his critics is being put to a test as the US constituency and the outside world watch the developments in great distress, guessing what the future holds.<!--EndFragment-->