Oil and gas in yuan could threaten the dollar's global dominance 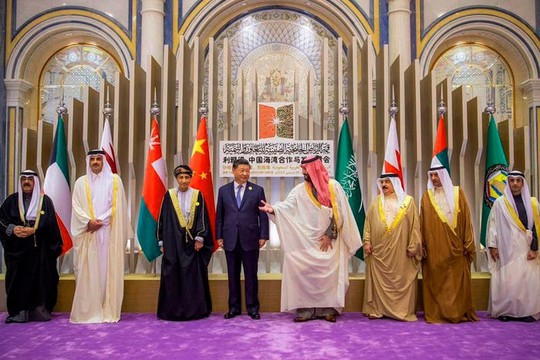 At a summit with Arab leaders China's President Xi Jinping said China will continue to import large quantities of oil and gas from Gulf states and conduct its settlement in the Chinese yuan, or RMB, according to a statement from China's foreign ministry. Most of the world's trade is now denominated in the US dollar.

"The Shanghai Petroleum and Natural Gas Exchange platform will be fully utilized for RMB settlement in oil and gas trade," Xi said. He did not specify when the change would go into effect.

It's not clear if any of the Gulf nations are taking up the proposal, but Saudi Arabia — the world's top oil exporter — has been in talks to use the yuan to settle its energy sales to major consumer China.

Such a move would chip away at the US dollar's role as the world's reserve currency, spurring "de-dollarization."

"The Saudis have a lot to buy from China and China has a lot to buy from Saudi Arabia. Why should they transact in a third-party currency and incur all of these exchange-rate costs?" Gal Luft, a director at the Institute for the Analysis of Global Security think tank, told CNBC. China is already using the yuan to buy Russian energy.

China has ambitions to make the yuan the most dominant reserve currency in the world, but it has a long way to go, mainly because Beijing still manages its value tightly. It also isn't fully convertible to other currencies on the global market right now.

Xi was speaking in Saudi Arabia on a state visit at a time of heightened tensions between Riyadh and Washington.

About $50 billion worth of investment deals were inked during Xi's visit, Khalid Al Falih, the kingdom's investment minister, told Bloomberg. He didn't specify if the amount includes deals with other Arab countries.