‘Oil price cake’ is not so tasty for Europeans 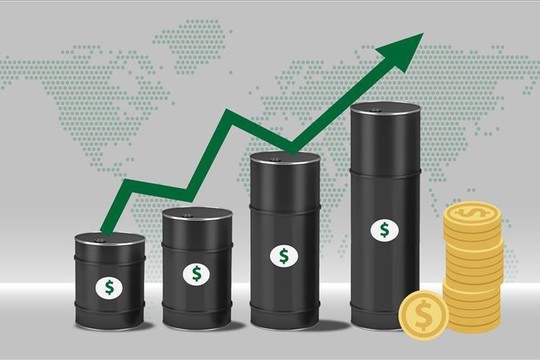 “The West wants to take its Russian oil price cake and eat it too”, - say ‘The Foreign Policy’ authors Richard Morningstar, president of the Atlantic Council’s Global Energy Center, and Benjamin Schmitt, a fellow at the Harvard-Smithsonian Center for Astrophysics.

At the same time simply maintaining the current price of Russian oil will not put much pressure on Moscow and it will not be able to significantly reduce its income.

A sharp drop in Russian revenue is impossible without less Russian oil entering the market, the publication says.

The authors write that the EU may review the restrictions adopted in January due to the protest of some European countries. Thus, Warsaw insists on lowering the bar to 30 dollars a barrel. However, Greece, Cyprus and Malta, which gain from transporting oil, experts believe, will oppose this proposal. Pressure from Hungary, Slovakia and the Czech Republic in early December had already led to oil imported through Russia’s Druzhba pipeline being exempted from the embargo, analysts recalled.

These disagreements, both over the price cap and the oil embargo, raise fears that it will be difficult for the EU to stick together on the issue of sanctions on Russian oil, the authors of the publication conclude, adding that complaints from several member states of the bloc and their citizens to the fact that the whole scheme of imposing a ceiling on Russian oil “is ineffective and only harms Europe, it is only a matter of time.”