On Obama and the Nature of Failed Presidencies 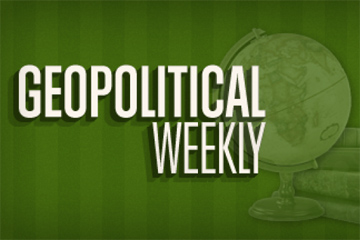 We do not normally comment on domestic political affairs unless they affect international affairs. However, it is necessary to consider American political affairs because they are likely to have a particular effect on international relations. We have now entered the final phase of Barack Obama's presidency, and like those of several other presidents since World War II, it is ending in what we call a state of failure. This is not a judgment on his presidency so much as on the political configuration within it and surrounding it.

The midterm elections are over, and Congress and the president are in gridlock. This in itself is not significant; presidents as popular as Dwight Eisenhower found themselves in this condition. The problem occurs when there is not only an institutional split but also a shift in underlying public opinion against the president. There are many more sophisticated analyses of public opinion on politics, but I have found it useful to use this predictive model.

I assume that underneath all of the churning, about 40 percent of the electorate is committed to each party. Twenty percent is uncommitted, with half of those being indifferent to the outcome of politics and the other half being genuinely interested and undecided. In most normal conditions, the real battle between the parties -- and by presidents -- is to hold their own bases and take as much of the center as possible.

So long as a president is fighting for the center, his ability to govern remains intact. Thus, it is normal for a president to have a popularity rating that is less than 60 percent but more than 40 percent. When a president's popularity rating falls substantially below 40 percent and remains there for an extended period of time, the dynamics of politics shift. The president is no longer battling for the center but is fighting to hold on to his own supporters -- and he is failing to do so.

When the president's support has fragmented to the point that he is fighting to recover his base, I considered that a failed presidency -- particularly when Congress is in the hands of the opposition. His energy cannot be directed toward new initiatives. It is directed toward recovering his base. And presidents who have fallen into this condition near the end of their presidencies have not been likely to recover and regain the center.

Historically, when the president's popularity rating has dipped to about 37 percent, his position has been unrecoverable. This is what happened to George W. Bush in 2006. It happened to Richard Nixon in 1974 when the Watergate crisis resulted in his resignation, and to Lyndon Johnson in 1967 during the Vietnam War. It also happened to Harry Truman in 1951, primarily because of the Korean War, and to Herbert Hoover before World War II because of the Great Depression.

However, this is not the final historical note on a presidency. Truman, enormously unpopular and unable to run for another term, is now widely regarded as one of the finest presidents the United States has had. Nixon, on the other hand, has never recovered. This is not therefore a judgment on Obama's place in history, but simply on his current political condition. Nor does it take failure to lose the presidency; Jimmy Carter was defeated even though his popularity remained well in the 40s.

Of the five failed presidencies I've cited, one failed over scandal, one over the economy and three over wars -- Korea, Vietnam and Iraq. Obama's case is less clear than any. The 40 percent who gravitated to the opposition opposed him for a host of reasons. He lost the center for complex reasons as well. However, looking at the timing of his decline, the only intruding event that might have had that impact was the rise of the Islamic State and a sense, even in his own party, that he did not have an effective response to it. Historically, extended wars that the president did not appear to have a strategy for fighting have been devastating to the presidency. Woodrow Wilson's war (World War I) was short and successful. Franklin Roosevelt's war (World War II) was longer, and although it began in failure it became clear that a successful end was conceivable. The Korean, Vietnam and two Iraq wars suffered not from the length, but from the sense that the presidency did not have a war-ending strategy. Obama appears to me to have fallen into the political abyss because after eight years he owned the war and appeared to have no grip on it.

Failure extends to domestic policy as well. The Republican-controlled legislature can pass whatever legislation it likes, but the president retains veto power, and two-thirds of both houses must vote to override. The problem is that given the president's lack of popularity -- and the fact that the presidency, all of the House of Representatives and one-third of the Senate will be up for re-election in two years -- the president's allies in Congress are not as willing to be held responsible for upholding his vetoes. Just as few Democrats wanted Obama campaigning for them, so too do few want to join the president in vetoing majority legislation. What broke Truman, Johnson and Nixon was the moment it became clear that their party's leaders in Congress wanted them gone.

This does not mean that the president can't act. It simply means that it is enormously more difficult to act than before. Gerald Ford, replacing Nixon but weakened by the pardoning of his predecessor, could not stop Congress from cutting off aid to South Vietnam during the final Communist assault. George W. Bush was able to launch the surge, but the surge was limited in size, not only because of strategic conditions but also because he had lost the ability to force Congress to fund alternative expansions of the war. In each of the failed presidencies, the president retained the ability to act but was constrained by the twin threats of an opposition-controlled Congress and his own party's unwillingness to align with him.

At the same time, certain foreign diplomatic initiatives can continue. Nixon initiated negotiations between Egypt and Israel that culminated, under Carter's administration, in the Camp David Accords. Truman tried to open negotiations with China, and the initiative's failure had little to do with opposition to a negotiated settlement in Korea.

The president has few domestic options. Whatever Obama does with his power domestically, Congress can vote to cut funding, and if the act is vetoed, the president puts Congressional Democrats in mortal danger. The place where he can act -- and this is likely the place Obama is least comfortable acting -- is in foreign policy. There, the limited deployment of troops and diplomatic initiatives are possible.

Obama's general strategy is to withdraw from existing conflicts in the Middle East and contain and limit Russian actions in Ukraine. The president has the ability to bring military and other pressure to bear. But the United States' opponent is aware that the sitting president is no longer in control of Washington, that he has a specific date of termination and that the more unpopular things he does, the more likely his successor is to repudiate them. Therefore, in the China-North Korea model, the assumption is that that continuing the conflict and negotiating with the successor president is rational. In the same sense, Iran chose to wait for the election of Ronald Reagan rather than deal with Jimmy Carter (who was not a failed president).

This model depends on the opponent's having the resources and the political will to continue the conflict in order to bargain with the president's successor, and assumes that the successor will be more malleable. This is frequently the result, since the successor can make concessions more readily than his predecessor. In fact, he can make those concessions and gain points by blaming the need to concede on his predecessor. Ironically, Obama used this strategy after replacing George W. Bush. The failed president frequently tries to entice negotiation by increasing the military pressure on the enemy. Truman, Johnson and George W. Bush all took this path while seeking to end their wars. In no case did it work, but they had little to lose politically by trying.

Therefore, if we follow historical patterns, Obama will now proceed slowly and ineffectively to increase military operations in Syria and Iraq, while raising non-military pressure on Russia, or potentially initiating some low-level military activities in Ukraine. The actions will be designed to achieve a rapid negotiating process that will not happen. The presidency will shift to the other party, as it did with Truman, Johnson and George W. Bush. Thus, if patterns hold true, the Republicans will retake the presidency. This is not a pattern unknown to Congress, which means that the Democrats in the legislature will focus on running their own campaigns as far away from Obama and the next Democratic presidential candidate as possible.

The period of a failed presidency is therefore not a quiet time. The president is actively trying to save his legacy in the face of enormous domestic weakness. Other countries, particularly adversaries, see little reason to make concessions to failed presidents, preferring to deal with the next president instead. These adversaries then use military and political oppositions abroad to help shape the next U.S. presidential campaign in directions that are in their interests.

It is against this backdrop that all domestic activities take place. The president retains the veto, and if the president is careful he will be able to sustain it. Obama will engage in limited domestic politics, under heavy pressure from Congressional Democrats, confining himself to one or two things. His major activity will be coping with Syria, Iraq and Russia, both because of crises and the desire for a legacy. The last two years of a failed presidency are mostly about foreign policy and are not very pleasant to watch.