OPEC+ agreed to cut 2 million barrels day. Stoking tensions with the US 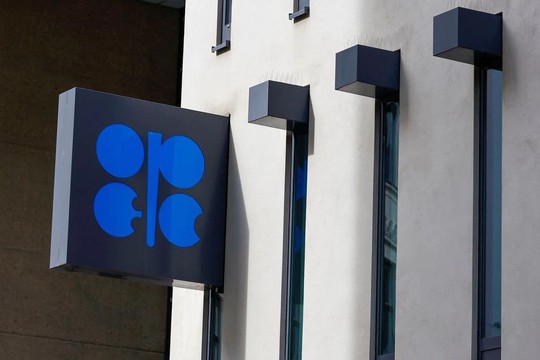 OPEC+ agreed to cut its collective output limit by 2 million barrels day, stoking tensions with the US as the cartel seeks to halt a slide in oil prices caused by the weakening global economy, informs Bloomberg.

It’s the biggest reduction by the Organization of Petroleum Exporting Countries and its allies since 2020.

The decision risks adding another shock to a global economy that is already battling inflation driven by high energy costs. “OPEC wants prices around $90,” Nigerian Minister of State for Petroleum Resources Timipre Sylva said after the meeting. Many member countries have based their 2023 budgets on that price and “it would destabilize some economies” if that weren’t to happen, he said.

It’s the deepest production cuts agreed by Opec+ since the 2020 Covid-19 pandemic, and will begin in November, reports “The Guardian”.

The move irked the US, with President Joe Biden saying he was concerned by the “unnecessary” cut, according to CNN. Also CNN, citing sources in the Biden administration, reports that the plans of the Russian Federation and the Saudis to reduce production by 2 million barrels per day, if implemented, will become a "complete disaster" and a "hostile act." Earlier on Wednesday, US officials were making calls to counterparts in the Gulf trying to push back against the move to cut production.

In a statement, National Security Advisor Jake Sullivan and NEC Director Brian Deese say: “The President is disappointed by the shortsighted decision by OPEC+ to cut production quotas while the global economy is dealing with the continued negative impact of Putin’s invasion of Ukraine. At a time when maintaining a global supply of energy is of paramount importance, this decision will have the most negative impact on lower- and middle-income countries that are already reeling from elevated energy prices.”

For Russia, this is a success. On the eve of the G7 countries decided to impose restrictions on the price of oil traded by Russia. Now Russian Energy Minister Novak replied: "We will not supply resources to those countries that impose a cap on oil prices." Notice the term "resources" - not just "oil".

FOX-NEWS says in an express commentary: “That’s not good news for you, the consumer; it’s also not good news for President Joe Biden and his fellow Democrats. Biden’s bump up in the polls over the past few months tracked declining gasoline prices. For nearly 100 days, gas prices went down. Now they have begun to head back up.

Declining gasoline prices and Biden’s improving popularity cheered Democrats, who began to dream that voters in November would overlook the declining economy, soaring inflation, our open border and rampant crime, and instead choose representatives campaigning on climate change and abortion policy.

OPEC+ follows through on what the Wall Street Journal describes as its "most drastic reduction of production since the pandemic", it will offset Biden’s SPR withdrawals and push oil prices higher.

The impact would be worldwide; in the EU, rising energy costs are thrusting the region into recession.

Joe Biden should undertake an "all hands on deck" effort to raise U.S. oil and gas production, which would lower global oil prices and boost our economy. But that would offend Democrat climate zealots who are willingly putting out country at risk.

In short, OPEC’s decision could prove disastrous for the entire world, and for Joe Biden, says FOX-NEWS.

P.S. The Saudi Minister in the press-conference answered to an American reporter: “All your accusations of collusion with Russia are empty and do not fit into any framework. Learn to respect and you will be treated accordingly, but for now I will not answer your stupid questions, if you want to ask questions to colleagues”.