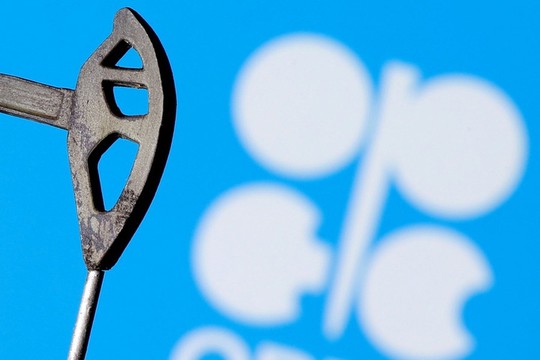 Led by Saudi Arabia and Russia, OPEC+ agreed in early October to reduce production by 2 million barrels per day from November, - informs CNBC.

An influential alliance of oil producers on Sunday agreed to stay the course on output policy ahead of a pending ban from the European Union on Russian crude.

OPEC and non-OPEC producers, a group of  23 oil-producing nations known as OPEC+, decided to stick to its existing policy of reducing oil production by 2 million barrels per day, or about 2% of world demand, from November until the end of 2023.

The European Union is poised to ban all imports of Russian seaborne crude from Monday, while the U.S. and other members of the G-7 will impose a price cap on the oil Russia sells to countries around the world.

The Kremlin has previously warned that any attempt to impose a price cap on Russian oil will cause more harm than good.

Led by Saudi Arabia and Russia, OPEC+ agreed in early October to reduce production by 2 million barrels per day from November. It came despite calls from the U.S. for the group to pump more to lower fuel prices and help the global economy…

The looming Russian oil price “cap” has all the hallmarks of a historic debacle in the making, - notes “The Hill”.

For months, the United States and the G-7 have haggled over a complex plan to constrain the money that the Kremlin makes from some of its oil exports.

Despite Russian war against Ukraine and subsequent Western sanctions on his regime, Russia is swimming in petrol dollars. By the end of the year, the Russian Economy Ministry estimates that the country will have made a record $338 billion from its energy exports.

Together with America’s existing embargo on Russian crude, when the European Union’s oil embargo comes into full force on Dec. 5, policymakers fear that the move will constrain global petroleum supplies and push prices upward.

Assuming that EU and G-7 leaders can sort out their current price puzzle and fix Russian crude below what the international market would prefer to pay, who will pick winners and losers in the subsequent scramble for cheap Kremlin oil: Putin and his energy cronies?

The Russian oil “cap” would not be necessary if the Biden White House had been making it easier to open the spigots of American oil from the start. The president’s pledge of “no more drilling” in America continues to undercut his economic and foreign policy against Russia.

If the Russian oil price cap fails to materialize or work as officials intend, the United States and its allies should drop the scheme, - stresses “The Hill”.