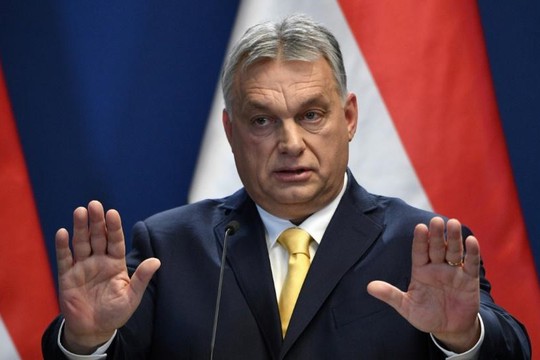 According to Hungarian Prime Minister Viktor Orbán, the EU will be weaker after the Ukraine war than before, while other countries and regions will benefit. It is easily possible that this war will demonstratively put an end to Western superiority, said the Hungarian head of government in an interview for German publication Tichys Einblick.

Firstly, the West could not win the Ukraine war militarily, secondly, the sanctions had in no way destabilized Russia, thirdly, their damage to Europe was immense, fourthly, the world had not lined up behind the USA and Ukraine.

"A large part of the world demonstratively does not stand behind them: the Chinese, the Indians, the Brazilians, South Africa, the Arab world, Africa," Orbán explains in an interview with the monthly magazine Tichys Einblick. "It is easily possible that it will be this war that demonstratively puts an end to Western superiority.“

For this, there are several profiteers of the war. "The answer is that the ones who have own energy sources benefit. The Russians are benefiting. The European Union's import from Russia has decreased by a quarter, but Gazprom's revenues have doubled. The Chinese have benefited, who used to be at the mercy of the Arabs,” Orbán explains.

"And of course, the big American corporations benefit," said the head of Hungarian government, referring to the strong profit increases of US corporations: doubling at Exxon, quadrupling at Chevron, sixfold at ConocoPhillips.