Oskar Lafontaine: Whether we have our own place in this new World Order, or whether we are drawn as US vassals 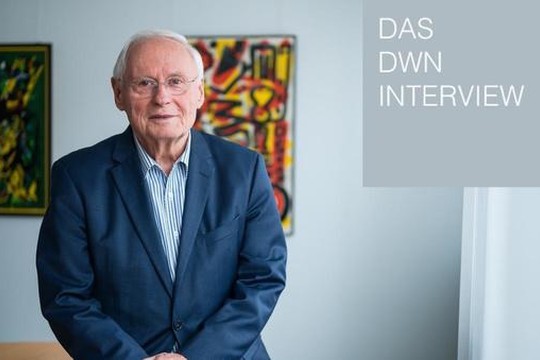 “If we do not reach an agreement with Russia in the near future on the import of our raw materials and energy, then the economy of Germany and Europe will go down the drain, and the right-wing parties in Europe will become stronger and stronger,” said Oskar Lafontaine, the well-known German politician, former chairman of the Social Democratic Party of Germany, in his interview for “Deutsche Wirtschaftsnachrichten” (Business news from Germany).

Question: What happens after the explosion of the Nord Stream 1 and Nord Stream 2 gas pipelines?

Oscar Lafontaine: The explosion of two gas pipelines is a declaration of war on Germany, and it is pathetic and cowardly that the federal government wants to sweep the incident under the rug. Germany says that ‘knows something’, but can't say it ‘for national security reasons’. Sparrows have been whistling from the rooftops for a long time: ‘The US either carried out the attack directly, or at least gave the green light to it.’ Without the knowledge and consent of Washington, it would be impossible to destroy the pipelines, which are an attack on our country, damage our economy and contradict our geostrategic interests. It was a hostile act against the Federal Republic – not only against it, but also – which once again makes it clear that we must free ourselves from American tutelage.

Question: You say the Americans are responsible for the pipeline explosion. Do you seriously think that they will surrender Germany without a fight?

Oscar Lafontaine: No, it will be difficult, but I see no alternative. If we and other European countries continue to be under US tutelage, they will push us off the cliff to protect their interests. So we should gradually expand our capabilities, preferably together with France. To use a now hackneyed expression: we are experiencing the birth pangs of a transitional phase from a unipolar to a multipolar world order. And here the question arises whether we have our own place in this new world order, or whether we are drawn into Washington's conflicts with Moscow and Beijing as US vassals. Here we can only lose.

Question: In your book, you quote Machiavelli: "It is not the one who first takes up arms that provokes a disaster, but the one who provokes it."

Oscar Lafontaine: Of course, I am also referring to the conflict in Ukraine, which began at the latest with the Maidan putsch in Kyiv in 2014. Since then, the United States and its Western vassals have been arming Ukraine and systematically preparing it for war against Russia. Thus, Ukraine became a de facto, not de jure, member of NATO. This story is carefully ignored by Western politicians and the media.

For more than 100 years, the declared goal of US policy has been to prevent the merging of German business and technology with Russian raw materials at all costs. It is quite obvious that, given the background, we are dealing with a long-prepared US proxy war against Russia.

Question: And? Has the US achieved its military goals?

Oscar Lafontaine: ‘Yes’ and ‘No’. They have been extremely successful in breaking off relations between the Russian Federation and the EU. They also managed to temporarily sideline the EU and Germany as their potential geostrategic and economic rivals. Now they determine the policy of the EU states even more than before the Ukrainian conflict, thanks in part to the accommodating politicians in Berlin and Brussels.

On the other hand, they failed to "destroy Russia". And I have the impression that in the United States they have now realized that here they are gnawing granite. Despite the massive arms shipments to Ukraine and the dispatch of numerous "military advisers", Russia's nuclear power cannot be defeated militarily.

In addition, Western sanctions are turning out to be a boomerang, they will hurt Western states more than Russia, and will lead to de-industrialization, unemployment and poverty. The working people of Europe are paying the price for the world ambitions of the crazed elite in Washington and the cowardice of European leaders.”