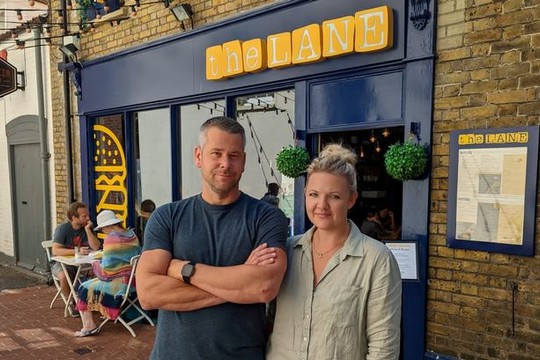 European small business unable to pay new electricity bills. Chris and Anna Vidler run “The Lane”, an independent restaurant in Deal, Kent (GB) – and are facing rising bills and their business is on the verge of closing.

Chris said when his electricity contract runs out at the end of this year, the new quotes takes the price from £15,000 per year to around £69,000.

At the end of February 2023 their gas contract will also need to be renewed – with the new quote set to take them from around £400 per month to around £2,400.

According to Chris' calculations, this means to raise the price of their £2.90 latte by the same amount as their bills would increase, it would be £14.30.

He said: "If we accepted that contract with that quote, that would be business suicide."

"I can't pay extortionate bills. It's not possible. We struggle to make ends meet every month and have to go into our overdraft to pay the bills and our staff wages.

…Rising prices for gas and electricity due to sanctions against Russia will be a catastrophe for business in Europe. Unemployment and poverty – straight ahead.