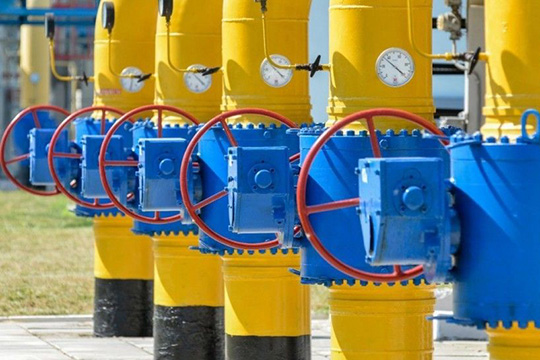 Representatives of Russia, Ukraine and the European Commission are due to gather for gas negotiations in Brussels on September 19th. Experts say the talks may play a crucial role in addressing the pressing issue of Russian gas supplies to Europeans. Maroš Šefčovič, who is responsible for energy issues in the European Union leadership, said on Twitter that progress in this direction will provide the market a powerful positive impetus ahead of the winter season. During the upcoming negotiations, Moscow and Kiev will try to secure a deal, through the mediation of the European Commission, on a new agreement on the transit of Russian gas to Europe through Ukraine (the current one expires on December 31, 2019).

At present, the two parties are at odds over how to approach the gas issue. Ukraine, with the support of the European Commission, proposes to conclude a long-term contract for the next 10 years, and if the existing agreement is extended for one year, the Kiev authorities expect to receive compensation payments from PJSC Gazprom in accordance with the decisions of the Stockholm Arbitration Court.

The fact that Ukraine will demand compensation from Gazprom if the Russian company insists on signing a contract on the previous terms was reported a few days ago by Executive Director of Naftogaz Ukraine Yury Vitrenko. “If they stick to their current position, which will lead to the absence of gas transit through Ukraine from January 1, 2020, we will force them to pay, compensate for our losses,” - he said, adding that in case of continued gas transit through the territory Ukraine, Naftogaz will not review tariffs and will not require Gazprom to pay compensation in the amount of 11-14 billion dollars. [1]

At the same time, Kiev is fully aware of the fact that in 2021 the Stockholm arbitration will go into sessioin to consider the conflict between the companies involved on the gas transit contract, under which the amount of Naftogaz's claims against Gazprom amounts to $ 11.58 billion. [2]

Moscow, for its part, is ready to conclude a short-term contract or extend the existing one (without any additional compensation) for a period necessary to build and put into operation the Nord Stream 2 and Turkish Stream bypass pipelines. [3]

Speaking at a meeting with President Putin on September 9th Gazprom Board Chairman Alexei Miller reiterated the importance of addressing the issue of Russian gas transit through Ukraine and the prospects for Kiev to purchase Russian gas. He reminded the participants that by the end of this year, the company expects to pump at least 11.4 billion cubic meters of gas into underground storage facilities in Europe, which is more than double the level of 2018. According to Miller, “one of the factors to account for the high volumes of gas injected into underground storage facilities is that the contract for gas transit through the territory of Ukraine expires on December 31st this year.”“Even though the transit agreement is extremely important, still more important is whether Ukraine will buy Russian gas under a direct contract,” - Alexei Miller said. According to him, “in the event of concluding a direct gas supply agreement with Gazprom, the price of gas for the end consumer in Ukraine may be 25 percent lower than the current level. But, undoubtedly, the main issue is the supply of gas for the Ukrainian market. This is a matter of bilateral negotiations between Russia and Ukraine. ” [4]

“We are trying to reach a new transit agreement, despite the fact that at the moment, we are putting the finishing touches to the Nord Stream-2 pipeline,” - said Andrei Suzdaltsev, an independent post-Soviet space expert, in an interview with Economics Today. According to Suzdaltsev, whatever the case, Gazprom needs a transit agreement with Kiev in order to ensure the implementation of its gas supply agreements with the EU countries. It must also be taken into account that if Ukraine does not have transit gas, there will be no gas in the country, “since there will not be a reverse, which is the resale of Russian gas by Europeans,” - said Andrey Suzdaltsev. [5]

Ahead of negotiations with Russia, Ukraine is trying to strengthen its positions, using the support of other states, first of all Poland and the United States. The three countries have signed a memorandum of cooperation in the gas sector, which, in the words of the Ukrainian edition Apostrof, “should become an additional factor in securing the energy independence of our country. The document stipulates that from 2021 Ukraine will receive 6 billion cubic meters of gas from Poland. ” It is assumed that US traders will supply liquefied natural gas to the Świnoujście LNG terminal, whose capacity is projected to increase from the current 5 billion cubic meters to 7.5 billion cubic meters per year by 2021. After regasification, part of this gas can be supplied to Ukraine. At present, Poland’s gas transportation capacities make it possible to supply Ukraine with only about 1.5 billion cubic meters of gas. In  2018, Polish gas supplies amounted to only 0.7 billion cubic meters, the Ukrainian edition says and adds: “At the same time, a significant part of gas which Ukraine buys in Europe, comes from Russian. Given that in 2020, when the current Ukrainian-Russian gas transportation contract to Europe terminates, the Russian Federation may completely block gas transit through our country, which will jeopardize gas imports to Ukraine from Europe, since a significant part of these supplies is carried out by reverse, including by the “virtual” one.

“It needs to be understood that a memorandum is just a declaration of intent, not a full-fledged contract, which stipulates all terms of delivery, including their volume and fuel price,” – Apostrof  points out citing Vladimir Omelchenko, Director of Energy Programs at Razumkov Center in Kiev: “We have a lot of memorandums which have been signed, but many of them are not being implemented. Everything will depend on the effectiveness of the new government, on the management of Naftogaz Ukraine – prospects for the project depend on how they work. ”

Project Director of the Ukrainian Sientific Development Center "Psyche" Gennady Ryabtsev is more skeptical. He says implementation of the memorandum is possible if three conditions are met. The first is the construction of an interconnector between Ukraine and Poland. Even though this project has been under discussion for several years, construction has not yet begun. The second condition is an increase in the capacity of the Polish terminal Swinoujscie. The third condition is the availability of the resource itself: “Gas goes where the best prices are, so it is unclear whether the required volumes will be available, and therefore, a long-term agreement must be signed on the guaranteed provision of certain quantities of gas”. According to Gennady Ryabtsev, if one of these conditions is not satisfied, the agreement will not be implemented in full. “Our country shouldn’t expect Poland to supply such volumes of fuel, at least in the coming years,”, even if the capacity of the LNG terminal increases to 7.5 billion cubic meters, ” -  says Gennady Ryabtsev . [6]

Another important factor in the run-up to the upcoming three-party negotiations may be the recent ruling of the EU Supreme Court on the lawsuit of the Polish company PGNiG, which restricts Gazprom’s access to the OPAL pipeline, which is a branch of the Nord Stream gas pipeline. This pipeline connects Nord Stream with the gas transportation system of Western and Central Europe and carries gas to Germany up to the border with the Czech Republic in the volume of up to 36 billion cubic meters per year.

Initially, in accordance with the European anti-monopoly legislation, Gazprom was allowed use only 50% of this leg’s capacity. However, in October 2016, the European Commission agreed to remove the OPAL gas pipeline from the Third Energy Package for the period up to 2033 and allowed Gazprom to use the pipe by 90%. This decision has now been overruled by the EU Supreme Court. And this is hardly a coincidence. On September 10 the EU Supreme Court satisfied the Polish company PGNiG’s lawsuit against the European Commission and restricted Gazprom’s access to the capacities of the cross-border European gas pipeline. According to PGNiG Deputy Director General Maciej Wozniak, due to this unexpected ruling, Gazprom will not be able to completely stop gas transit through Ukraine, at least in the coming months. “We are looking into the legal and commercial consequences of this decision,”- Gazprom Export said in turn.

Gazprom’s access to OPAL’s facilities has been a subject of controversy since the construction of this pipeline went under way. This is one of two, along with NEL, branches of the Nord Stream gas pipeline, which was launched at the end of 2011. There are no other sources of gas for OPAL and NEL except for the Russian gas. The NEL gas branch does not come under the above restrictions, since it does not go beyond Germany. [7]

The decision of the EU court on the OPAL gas pipeline will affect gas negotiations with Ukraine and the European Commission, - Russian Energy Minister Alexander Novak confirmed in an interview on Rossiya 24 Channel. He said the current situation affects gas supplies to Europe as a whole: "In my opinion, this decision affects the supply of gas to European countries, the gas flows." [8]

Polish political analyst Mateusz Piskorski says that the decision of the EU Supreme Court on the lawsuit of a company from his country was not caused by economic considerations. “In fact, everything has long become clear, everything has been clear from the moment negotiations with the USA began on the delivery of liquefied natural gas, when a fairly large-scale project led by Poland was launched, so that countries of Central and Eastern Europe would gradually switch to American liquefied natural gas. So any attempts to block Gazprom’s access to European markets play into the hands of American partners of the Polish government. So, I think that's the point. Plus, of course, the political point of view of Poland that it is necessary to support the interests of Ukraine as a transit country. Thus, there are two main reasons, and they have nothing to do with economic considerations. ” [9]

“I don’t think the alternative for Europe is to buy Trump’s natural gas. We must rely on the resources of our own continent, which were discovered and developed, including through Franco-Russian cooperation,” - said Loic Le Flock-Prizhan, former president of Gaz de France, who advocates the idea of a large-scale international project on the construction of a modern gas pipeline through Ukraine in order to supply Russian gas to Europe. “We will focus on Russian gas fields that produce inexpensive gas. The world economy is shifting towards Russia, China and India, and if all the cheap Russian gas goes to other continents, I have no idea how Europe will survive. In other words, this pipeline is very important - we must have a chance to count on cheap gas and strong ties with Russia regardless of circumstances or personalities. We need to pursue this structural project,” - he emphasizes. [10] But this project is so far only an idea, nothing more.

Given the situation, it should be borne in mind that one of the most active players in the upcoming gas talks is the United States, though it is not among the negotiating parties. American LNG producers are set on disrupting an agreement between Moscow and Kiev, which will not only strengthen Europeans' dependence on more expensive American gas, but will also aggravate tension between the EU and Russia, which is something Washington is interested in. All this yet again supports the fact that the United States and its allies are using political pressure on their counterparties in addressing economic issues.