Patrick Buchanan: “Great powers should never lesser the capacity to drag them into unwanted wars” 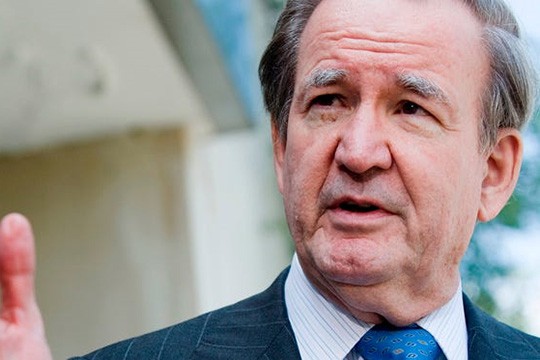 “For us, for USA, the greatest stake in this Russia-Ukraine war is not who ends up in control of Luhansk, Donetsk, or Kherson, but that we not be drawn into a military conflict that would put us on the escalator to a war with Russia, a World war and perhaps a Nuclear war,” writes Patrick J. Buchanan (photo), a founding editor of “The American Conservative”.

Nothing in Eastern or Central Europe is worth a major U.S. war with Russia that could go nuclear and cost millions of American lives. The Donbas and Crimea may be of great importance to Kyiv and Moscow, but nothing in these lands would justify a U.S. war with a nuclear-armed Russia, the kind of war we managed to avoid through the Cold War from 1949-1989.

In the final days of this lame-duck Congress, before control of the House passes to Republicans in January, Democrats are expected to approve Joe Biden's request for another $38 billion for the Kyiv regime, its army and its war. Passage of this legislation would virtually guarantee that the U.S. continues to finance this war and extend the fighting until spring.

Why would we do this?

The U.S. ought not dictate to Kyiv when it should move to the negotiating track to end this war.

But we, Americans, do have, given our indispensable contributions to the Ukrainian war effort, the right to tell Kyiv when we believe that the risks of further fighting exceed any potential gain for us; and, if Kyiv is determined to fight on, to give notice that Ukraine will be doing so without any more U.S. munitions.

Great powers should never cede to lesser powers, unconnected to their vital interests, the capacity to drag them into unwanted wars, stresses Patrick J. Buchanan.