Pentagon plan and dream to maintain supremacy in Indo-Pacific 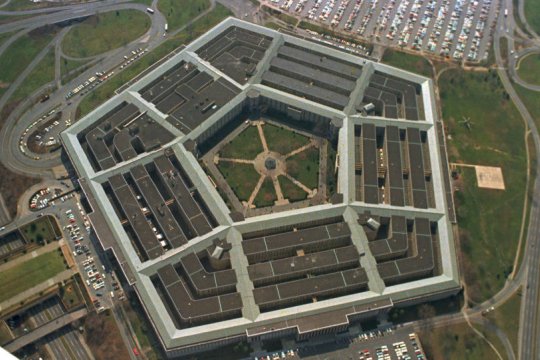 On June 1, the US Defense Department published a report [i] on military objectives in the Indo-Pacific Region (IPR). The report, delivered by acting Secretary of Defense Patrick Shanahan, contained a number of key points which he also outlined at the 18th International Conference on Regional Security “Shangri-La Dialogue” in Singapore. According to observers, the Pentagon report has become the first official military strategy of the kind for the region. What are the guidelines of the US military strategy in the context of Washington’s general policy in one of the most strategically important regions of the world?

In its National Security Strategy (NSS) and National Military Strategy (NMS), the Pentagon presents a wide-rangiong view on the present and future of the Indo-Pacific Region, which, most likely, coincides with that of the US administration. According to the report, since Indo-Pacific is of crucial importance “for America’s future”, it is therefore one of the top priorities for the Pentagon. One half of the world's population live in the region, while its GDP makes up 60 percent of the global one. Countries of the region boast 7 of the world’s 10 largest armies. 6 states possess nuclear weapons. 9 of the top 10 seaports are in the region; and the region accounts for 60 percent of all maritime international trade. A third of all shipments run through the South China Sea.

The report says the United States has been maintaining presence in the region as a “peaceful” and “constructive” force since the 18th century, and is thus a “Pacific nation”.  US trade with countries of the region has amounted to $ 2.3 trillion, and direct US investment in countries of the region $ 1.3 trillion is more than the cumulative figures of China, Japan, and South Korea. A quarter of all US exports go to Indo-Pacific Region, while shipments to China and India have more than doubled in the last ten years. Thus, the past, present and future of the United States is inextricably linked with Indo-Pacific.

What presents the main challenge to the security of the region and the US interests is competition of states, which is based on geopolitical rivalry. First of all, we are talking about China. The report unequivocally identifies the anti-Chinese vector of US military policy in the Indian-Pacific Region. China, according to US military, under the leadership of the CPC, "is seeking to shift the balance of strength in the region in its favor," relying on the modernization of its armed forces, "a number of influence-boosting operations, and economic methods used to coerce other states."

The Pentagon report is set to prove that the US policies are "completely different." In 2017, President Trump proclaimed that the United States deems the region "free and open", "reliable, safe, prosperous and open to the benefit of all countries." Through the Pentagon, Washington expresses its intention to encourage governments that "act in an appropriate way" and countries whose citizens "enjoy fundamental rights and freedoms." It thus vows to maintain "order based on the rule of law", which is "a prerequisite for peace and prosperity for all." According to Pentagon experts, "the United States proposes strategic partnership, not strategic dependence."

However, differences and understatements do stand out. The United States is against the "prevalence of any one power in Indo-Pacific." To this end, the Pentagon de facto plans to pursue a policy of maintaining military supremacy of the United States. In words, America is against “strategic dependence”. But the allies are required to purchase American weapons and hardware, in accordance with the price list to be presented by the Pentagon. In the long run, they are expected to “give a support shoulder” for America to keep its dominant position in the region. Finally, in response to China’s thoroughly developed One Belt One Road Initiative, which provides a development program for decades to come,  Washington, through the Pentagon, puts forward but an abstract formula of “new strategic corridors” and “new roads”. The American idea hinges on the streamlining of traditional military ties with old allies and two or three dozen billion dollars which are supposed to stimulate "productive cooperation" with new partners.

Such a discrepancy in purposes and means of achieving them does not prevent American military strategists from portraying China as one of the three main “threats” to regional stability and security. China is seen as a “revisionist power,” which intentionally “enters into confrontation,”  as, allegedly, “its political, economic and military agendas are expansionist by nature.” Beijing’s  ultimate goal, in the opinion of the Pentagon, is “to secure hegemony in Indo-Pacific in the near future.” And in the long term, it is set on “ensuring global supremacy”.  While the United States, according to the Pentagon, in the long term seeks to establish "transparent and non-aggressive" relations with the PRC. But…. only if Beijing complies with American conditions. Why not the other way round ?!

China has indeed become one of the pillars of the current model of globalization and represents the opposite of America under Trump. Unlike Washington, Beijing strongly supports further liberalization of trade, both in the Indo-Pacific Region, and in the rest of the world, and it favors multilateral creative cooperation between countries of the region. According to Beijing, a good strategy for mutually beneficial development should embrace several elements. First of all, countries should join efforts in the process of building an open economic system based on the principles of mutual benefit and “gains for all”. Also, it is necessary to promote a growth model based on innovation, and “tap into new sources of development”. Such an approach is relies on joint development, integration and interpenetration of cultures and technologies. Finally, economic development must be inclusive and its results and fruits must be accessible to all countries and territories.

Moscow is promoting a similar regional and global development agenda. In the Indian-Pacific Region, Russia is pursuing a course for “ensuring sustainable, comprehensive growth” for all countries and peoples. Objectives of such a scale and duration can be achieved only through effective integration of economic processes, by means of open and mutually beneficial cooperation. In this regard, Moscow supports efforts towards the creation of a free trade zone in Indo-Pacific. However, the Pentagon looks at the policy of the Russian Federation from an entirely different angle. In the report Russia is described as  “a reborn malign actor” which seeks to regain and expand its influence in Indo-Pacific “in every direction”. Speaking through the military, Washington categorically refuses to admit that other countries’ policies may be more attractive than those of America, or that Moscow’s consistent efforts aimed at bridging the gap between China and the United States are aimed solely at stabilizing the international order. On the contrary, the Pentagon is extremely worried about the development of comprehensive partnerships between Russia and China in the diplomatic, economic and military spheres. For Washington, Moscow and Beijing’s efforts to build an equal and fair international system are “subversive”. It is also noteworthy that in the report, which is formally dedicated to the Indo-Pacific Region, the Pentagon is suspicious about the activities of Russia and China in the Arctic.

The third major headache of the Pentagon in the Indo-Pacific Region is the “rogue state [ii]) of North Korea. According to the military, the US position remains intact - until its complete nuclear disarmament the DPRK will remain a military threat to the United States. There have been no constructive suggestions. Instead, the US is considering the possibility of using force. The Pentagon does not foresee changes in the policy on North Korea confirming that Washington’s course remains tough and is "ultimatumlike".

The subtitle of the report is “Readiness, Partnership and Strengthening Regional Cooperation”.

“Readiness” means maintaining peace through using force and deterrent, which require a multi-task group of armed forces capable of “securing victory in any conflict” over the shortest time possible.

“Partnership” in Indo-Pacific is declared by the Pentagon as one of the top policy priorities. But it is still unclear whether this is a course that echoes that of the Trump administration in Europe, where Washington is de facto trying to split the EU. A split comes to mind as one reads a statement about the Pentagon’s interest in forming coalitions of two, three, or four countries. Or this course could involve a secret front, since it mentions the traditional for Trump’s critics statement about allies as America’s “unparalleled advantage” over rivals and competitors.

Thus, the third goal declared is “Strengthening Regional Cooperation”, this time through the transformation of existing US military ties in accordance with the currently fashionable concept of  "network security architecture." As an incentive to attract potential allies to this “network”, they propose expansion of cyber operations and military activities in outer space.

However, upon further reading of the report, it turns out that, in the Pentagon’s understanding, “cooperation” implies, in the first place, the policy of promoting  “monetization” of the alliance, which was formalized by Trump’s NSC in December 2017. Allies and partners are required to “make a contribution”, primarily by increasing the budget for the purchase of American weapons. The issue of the supply of weapons and equipment, in implementation of the provisions of the National Security Council, as well as the National Military Strategy, is becoming one of the Pentagon’s top priorities. And this is despite the fact that over the past three years, sales of American weapons and equipment to countries in the region have already increased by more than 65 percent.

Overall, the report, like any other publications of this kind, persistently presents the strategically optimistic prospect of "upcoming future achievements" in the region under the leadership of the United States. But will the Pentagon- proposed scenario yield the desired "security and prosperity" to countries of Indo-Pacific? The Indo-Pacific Strategy, announced by Trump, crosses out a whole range of steps which were taken by Obama. And the results of the policy of the current administration can easily be reduced to zero by the successors.

The Pentagon is trying to convince the world community of the US readiness to fight a long and fierce battle for dominance in the Indo-Pacific Region and in Asia as a whole. However, the conclusions of the five dozen pages of the report would fit on just one, the main message being the same - America first. But since not everyone agrees with this, the United States will likely have to adjust its strategy in the region to reality.

The opinion of the author may not coincide with that of the Editorial Board.