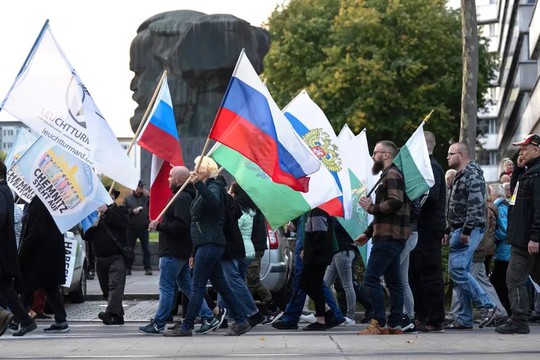 This is the result of a study by the non-profit Center for Monitoring, Analysis and Strategy (“CEMAS”). For the study, more than 2,200 people aged 18 to 90 were interviewed from October 3 to 11.

All “Russian approval” rates have increased compared to the previous study from April 2022.

40% of those surveyed “fully” or “partially agreed” with the statement that "the Russian war of aggression was Russia's invariable reaction to NATO's provocation." This is 11% more than in April 2022.

44% are “fully” or “partially convinced” that "Putin is taking action against the 'global elite' who are pulling the strings in the background." This is 12% more than in April.

14% fully agreed that Ukraine "historically had no territorial claims and was in fact part of Russia." Approximately 20% of respondents think so.

The number of those who believe that “the war was necessary to remove the Ukrainian fascist government” has increased by almost 9%. The conclusion is that "Ukraine is ruled by fascists," the authors of the study write.

People in East Germany are much more likely to believe in pro-Russian theories about the war in Ukraine. They are more likely to "strongly agree" and "partially agree" with such statements than those in Western Germany.

Approximately 30% of respondents in East Germany are "fully" convinced that Russia is acting in Ukraine in response to NATO provocations. 59% "completely" or "partially" agree with this.

In West Germany, full agreement was half as much - 35%.