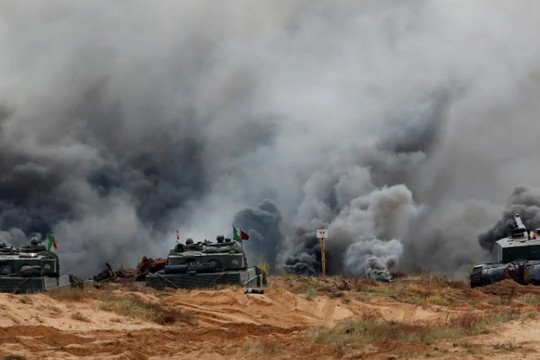 When the Defence Secretary announced that British tanks were going to Ukraine, not one MP raised any doubts or opposed the move. Not one! To read the record of the non-debate is like reading the proceedings of some ‘Communist parliament’, supine and brain-dead, exclaims Peter Hitchens in “The Daily Mail”. He is a broadcaster, journalist, commentator and a foreign correspondent of the newspaper.

This was the moment at which we began the unstoppable descent into terrible danger which so many of us will bitterly regret in times to come, writes Hitchens. The country where political freedom was born has decided not to bother being free any more.

So it is left to me to tell you that it is an act of grave stupidity for the West to supply Ukraine with modern tanks. Unlike everyone else in the media and politics, I am not a military expert. But I know what tanks are for, and it is not defence.

So there is the real possibility that a large chunk of Europe might be turned into a radioactive graveyard. And American conventional retaliation for this (which will be furious and powerful) will take us a stage further into the world of horror, loss, flight, pestilence and poverty which always follows war.

If this happens, maybe more people might want to find out why it began. But why is Britain in this affair?

I know that some neo-conservative fanatics in Washington have long desired to dismantle Russia and ensure that it is never an important country again. But they are at least 3,000 miles away and will not be personally affected by their own policy.

By contrast we are not 3,000 miles away. And I have absolutely no idea how Britain will become safer, happier or more prosperous thanks to following this strategy? Rather the opposite.