Peter Szijjarto: “There is practically no kind of blackmail that Brussels has not resorted to against Hungary” 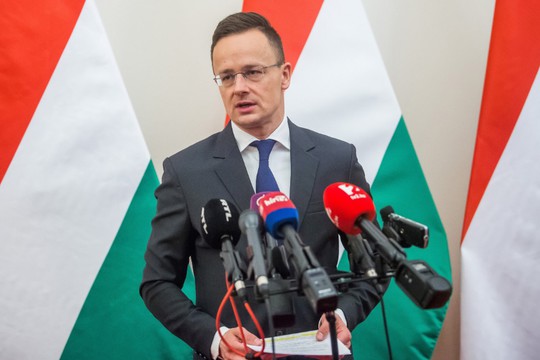 Hungary must be prepared for serious attacks from the European Union since "Brussels and liberal propaganda machine" are not selective in their means and are using all kinds of blackmail against Budapest, Hungarian Foreign minister Peter Szijjarto said.

The minister recalled that over the past 12 years, Budapest's anti-crisis policy has never been "in the mainstream" of the EU, "but it has always been successful." Hungary has built fences on the southern border when it was required to accept migrants, purchased COVID-19 vaccines from Russia and China when the EU was waiting for Western-made vaccines, and now advocates a peaceful resolution of the conflict in Ukraine, Szijjarto said.

"Currently, there is practically no kind of blackmail that Brussels has not resorted to against Hungary... We have always been attacked, attacked fiercely, but in the end, we have always been right. In the period to come, of course, we have to prepare ourselves for future serious attacks. Brussels and the international liberal propaganda machine clearly will not choose the means. Money blackmail, political blackmail, spreading fakes and lies will follow," Szijjarto told the Civic Solidarity Forum.

The minister reiterated that Budapest's goal was to avoid a recession at a time when "the energy crisis on a scale never seen before has arisen in Europe."

On November 30, the European Commission maintained its initial proposal of September 18 to freeze 7.5 billion euros ($7.8 billion) in EU budget funding for Hungary until Budapest fulfills all its conditions.