Poland and migrants – conservatism vs economy 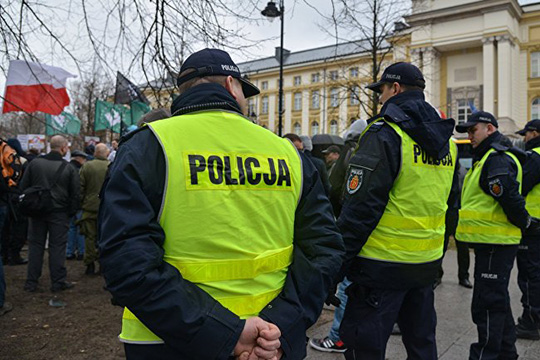 Poland’s migration policy has undergone a number of changes in recent years. Compared to 2011, when 100 thousand foreigners reportedly lived in Poland, at present their number exceeds one million. Forecasts show that in 2030 the Polish economy will need 1.5 million workers, which represents a serious internal problem for the Polish authorities.

The ruling national conservative party, Law and Justice (PiS), relies on the right-wing electorate. According to polls, unlike other European countries, right-wing views are common for most citizens of Poland. Many people reveal patriotic zeal regarding the history of the Polish “eastern territories” (today they are part of Ukraine, Belarus, Lithuania), in a belief that other countries do not rightfully own these “Polish” lands (48% according to the Pew Research Center), while the authorities pursue an aggressive and often falsified historical policy that triggers tension in relations with all neighbors (Germany, Lithuania, Belarus, Russia, Ukraine), etc.

Since these views are largely interwoven into the official ideology of Poland, which serves as a support pillar on the eastern flank of NATO, they are not stigmatized as radical or provocative in the eyes of European democratic institutions. Warsaw is criticized for radicalism only when it initiates reforms aimed at weakening Brussels' influence in the country – a judicial reform, media reform (1,2).

For more than a year PiS rhetoric smacks of anti-migration sentiment amid quotas imposed by Brussels on migrant intake. But the ideological facade, built mainly for domestic use, conceals fairly conflicting facts. The Economist has described the migration policy of PiS as one of the most open in Europe (3). A specific feature of such a policy is that while publicly denying its intention to accept migrants, in 2018 Poland received more migrants from Asia than Germany. According to various sources, the share of Asians and Africans in the total migration influx is increasing. Over the past three years, 36 thousand Nepalis, 26 thousand Indians, 18 thousand Bangladeshis have found their way into Poland. Simultaneously, the number of migrants from Vietnam, Thailand, the Philippines, China, Sri Lanka, Malaysia, Tunisia, Nigeria has been on the rise too. This does not include a large number of Ukrainian migrants.

Warsaw first spoke about Asian migrants in 2018. Consular institutions in India estimated the number of potential migrants at 25-30 thousand. It was indicated then that three countries (in descending order) would become the main suppliers of migrants - Nepal, India, Bangladesh. As of the beginning of 2020, the forecast is coming true.

Simultaneously, amid the gradual opening of the labor market for foreign workers in Germany, Warsaw fearing that Ukrainian migrants might leave Poland is  establishing cultural and economic ties with Asian countries in advance. Polish diplomacy has been active in India, Nepal, and China. And this trend is not new. The year 2015 saw the first official visit of Polish diplomats led by the head of the Department of Asia and the Pacific of the Ministry of Foreign Affairs of Poland Michal Kolodzeysky to Bhutan - an absolutely peripheral area for Warsaw (diplomatic relations between the two countries were established in 2012). The  visit focused on the development of humanitarian and economic ties.

Warsaw's view of Asia as the main supplier of migrants is determined by UN statistics: Africa accounts for 14% of global migration, Asia - 41%. Most Africans migrate from one African country to another, but considering the growing population of the Black Continent, one can say confidently that the influx of African migrants into Poland will continue, although it is unlikely to exceed the number of migrants from Asian countries. Despite a three-fold increase in the number of African migrants in Poland, their percentage is still small - 4.5%, of which only 2% come from sub-Saharan Africa. According to statistics, most migrants from the Black Continent arrive from Nigeria, Cameroon and Angola.

Nevertheless, the migration issue is gaining more and more weight in domestic politics. In contrast to PiS, the main opposition party, Civic Platform (GP), has publicly positioned itself as migrant friendly. Former presidents Bronislaw Komorowski and Alexander Kwasniewski (the first is a representative of the Civic Platform) have called on the current Polish authorities to make the legalization procedure as easy as possible for Ukrainian migrants and in the name of economic growth to try to come to terms with such a phenomenon as multi-ethnicity - an unavoidable scenario of the future. However, both presidents acknowledge that the Polish society is not ready for a positive vision of the ethnic and cultural diversity that penetrates Poland (4). It is clear that what was said by the presidents applies to migrants from Asia and Africa. Thus, for Warsaw, the migration issue is becoming an important issue of domestic electoral campaigning and of the future economic development of the country.