Poland demands a trillion $ from Germany for the Second World War 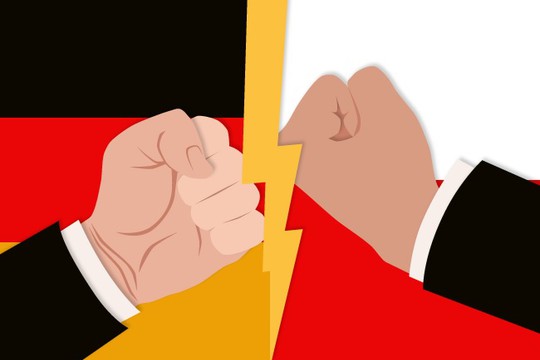 Such a ‘high spiritual’ relations in the EU!

Relations between individual members of the European Union are becoming increasingly hostile. Modern EU crisis demands new money. New money can be obtained even in this way.

Statement of Polish MFA on the note sent to the MFA of the Federal Republic of Germany October 2022:

“In its diplomatic note sent to the Federal Republic of Germany on the compensation for damage caused by Germany as a result of its aggression and occupation in 1939-1945, the Republic of Poland demands:

Compensating victims of German aggression and occupation, as well as their families, for the losses and harm suffered;

Taking systemic measures by the Federal Republic of Germany to return cultural property seized from Poland and currently located on German territory;

Return of assets and liabilities of Polish state banks and credit institutions seized by the German state in 1939-1945;

Settlement of amounts due resulting from exploitation by the Reichskreditkassen, which funded the Third Reich’s criminal military efforts, and from the operations of the Issuing Bank in Poland;

Full rehabilitation of activists of the Polish minority in pre-war Germany who were killed during the war and compensating for the losses suffered by Polish diaspora organisations in Germany.

Fully and systemically regulating the current status of Poles and persons of Polish origin in Germany by restoring the status of national minority, in particular as regards the teaching of their mother tongue;

Appropriate cooperation with the Republic of Poland with respect to commemorating Polish victims of World War II;

Taking effective action by the German authorities to present to its own society a true picture of the war and its consequences, especially the harm and damage inflicted to Poland and its people”.