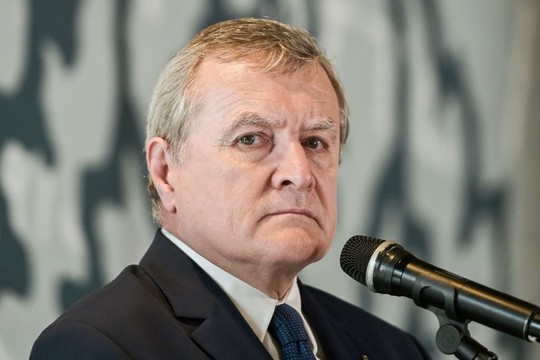 “The war in Ukraine is the starting point for any analysis of new political formats and a new format of leadership in Europe. This war is a point that cannot be said to be a foregone conclusion. At the moment, there is a clash of powerful forces and it is not known what will come of it. But we agree that there is a feeling that some new geopolitical order will emerge,” said Deputy Prime Minister, Minister of Culture and National Heritage Petr Glinsky.

He noted there is an ongoing discussion that Europe should seek its new formula and identity. This new formula should refer to European roots, otherwise there is no point in reforming something, because we will again be dealing with a failed utopia, he said.

According to Glinsky, the war in Ukraine also showed the world that the factor of change is the readiness of a nation to defend itself, and it is not clear that all European nations are capable of defending themselves.

The EU fails the exam in a crisis. We do not have an effective European package against this war, the Deputy Prime Minister said.

… Poland once again challenges Old Europe, insisting that it is Eastern Europe that should take the lead. It looks like Warsaw is working to split the European Union while the economic crises looms large.