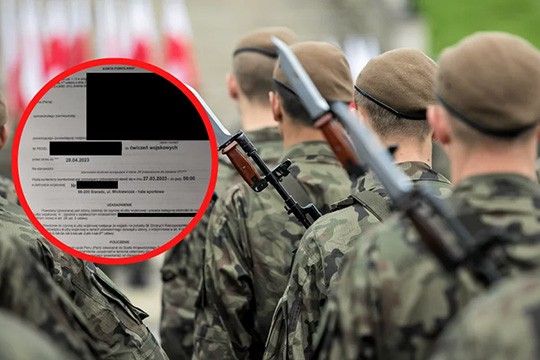 “Onet.pol” reader Michal was summoned to the Military Conscription station in Sieradz, where he was given a personal questionnaire to fill out. According to him, he received category ‘A’ – “fit for active military service.” He was then given a card to sign for a month-long exercise in March 2023, which would culminate in the military oath.

Michal does not hide his surprise, writes ‘Onet.pol’. He works as an IT specialist and has never been in the army before.

The draft resolution of the Ministry of Defense of Poland provides that in 2023 even 200 000 people can be called up for mandatory exercises. In addition, about 17,000 individuals may be called up for active military service as professional soldiers. In 2020 only 2,000 reservists were selected.

Evasion or non-appearance at the military unit on the specified day entails the imposition of a fine or even imprisonment.